Week in Review – God made us Male and Female

This week began with the New Your Times revealing that the Department of Health and Human Services is attempting to roll back the outrageous policies on gender that were put in place by the Obama administration. According to the Times, DHHS is attempting to put the following definition of gender/sex in place: “Sex means a person’s status as male or female based on immutable biological traits identifiable by or before birth. The sex listed on a person’s birth certificate, as originally issued, shall constitute definitive proof of a person’s sex unless rebutted by reliable genetic evidence.” As was to be expected, the pro-abortion world erupted in disagreement. We encourage all pro-lifers to applaud this effort by the Trump administration as they slowly try to restore some sanity to our country.

Finally, we remind you, once more, that the mid-term elections are just 11 days from now. This election is very important because the Trump administration is moving ahead slowly to recapture America from the crazies who have been in charge lately. The speed of the recovery is being hampered by the fact that pro-life politicians are not in charge of both houses of Congress. If we are to succeed, we must keep our majority in the House and gain 10-15 seats in the Senate. That is a tough job, but not if all of us know where the candidates in our district stand and we go to the polls and elect only those who will defend the babies and shut off taxpayer funds to the nation’s largest abortion chain. We encourage you to act and pray. And, please get your friends and families to do likewise.

ALL in the News – Fighting for life across the country

Judie Brown’s commentary this week, Carnegie, ‘Roe,’ and Personhood, explains that the scientific fact of human creation would be sufficient to criminalize abortion in the United States. Yet, it appears that many are not even looking at the science, while other, good-meaning politicians are muddying the water. This is a must-read to understand how a true understanding of science would have already put a halt to abortion in this country.

Jim Sedlak’s Pro-Life Activism from Creation to Death is a weekly talk-radio program on the Radio Maria USA network. It can be heard live every Friday at noon (Eastern Time) and is repeated on Saturdays (10 PM) and Mondays (10 PM).

Video of the Week – Ekaterina Borodulkina is young artist in Moscow, Russia, with a talent for paint and canvas.

Ekaterina Borodulkina is young artist in Moscow, Russia, with a talent for paint and canvas. What’s more amazing is that she doesn’t let her muscular dystrophy impede her.

We know that preborn babies are real human beings. We spend endless hours defending their humanity and insisting that our society and our laws recognize this scientific fact. Despite this fact, millions are being killed through surgical and medical abortion just in the United States.

Occasionally, we have a real opportunity to show the world that we believe what we say. We will have just such an opportunity next Saturday, November 3.

On that day, Citizens for a Pro-Life Society will have a solemn funeral service for 14 preborn babies who were killed by abortion.

These babies were discovered in the trunk of abortionist Michael Roth’s car in 2015. Unlike hundreds of thousands of abortion victims who are disposed of as medical waste, these babies will finally be laid to rest in testimony to the fact that they were created by God and deserve a proper burial.

There will be a Funeral Mass at 11 AM at the Church of the Transfiguration, 25225 Code Road, Southfield, Michigan 48033. The Mass will be celebrated by Auxiliary Bishop Robert Fisher.

The burial will take place immediately after the Mass. These children of God will be buried at Holy Sepulchre Cemetery, Section 71S, 25800 W 10 Mile Road, Southfield, MI.

REMEMBER: When someone in your family dies, you sometimes travel great lengths across many states to show your respect to the deceased and their family. This is a time for all of us to remember that these babies were a living part of God’s family. Since we are all also part of His family, please consider being there in person to honor these children as they are laid to rest.

If you cannot make it, please set aside a time for prayer at the hour of the funeral Mass (11 AM Eastern, 10 AM Central, 9 AM Mountain, and 8 AM Pacific, 7 AM Alaska, and 5 AM Hawaii).

We fight to save the lives of the preborn, but when they die, we must insist they are buried as the human beings they are. Next Saturday, you can do just that.

Planned Parenthood’s lack of self-awareness is legendary. Its social media messages feign concern for women, children, and families. Meanwhile, its facilities are permanently scarring women through abortion and hormone replacements, dividing families with “confidential services,” and wiping out hundreds of thousands of preborn children annually. And yet Planned Parenthood tweets this:

The Trump administration’s dangerous pattern of erasure must be stopped. #WontBeErased

See? Planned Parenthood says it #WontBeErased. That claim isn’t even close to true. It’s been erasing itself for 20 years. 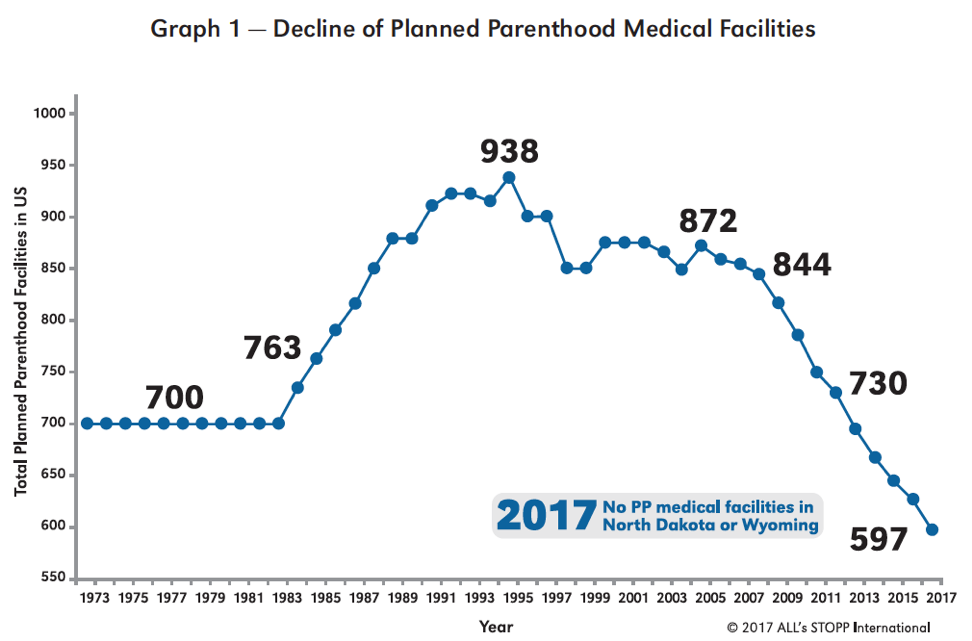