Home » News » How Many Babies Have to Die?

How Many Babies Have to Die?

The Supreme Court decriminalized abortion almost 47 years ago. Forty-seven years is a long time for people to believe that it’s acceptable to kill babies. Children now grow up hearing that abortion is a woman’s right—a right guaranteed by the Constitution. They hear that babies are an inconvenience that can be “taken care of” easily. And they hear that abortion is no big deal.

Forty-seven years is a lot of time to build a culture fraught with disdain for tiny babies—especially preborn babies.

The culture of death has infiltrated our nation. It’s in our schools, in our communities, and in our government. On a nearly daily basis, we see that many people have no regard for babies—born or preborn.

Just take a look at recent news and at some of the abhorrent things people have done to their own flesh and blood in the past week.

A Texas man put his girlfriend’s 10-month old daughter in a backpack and left her in his car while he went to work. Let that sink in. He put a baby in a backpack and intentionally left her in his car. He checked on her at one point and found that she had somehow wiggled out, so he put her back inside and returned to work. He checked on her a little while later, but this time decided to transfer her to the trunk. It was there that she died—alone, scared, and treated like a bag of laundry.

We then see a Chicago man who beat his 9-month-old son to death because he would not stop crying. This man not only has a history of abuse, but also admitted to beating the dead child’s older brother—who is just a year-and-a-half.

In Phoenix, we see another case of child abuse in which a one-month-old baby died at the hands of one or both parents. Several other children in the house were also victims of neglect and abuse.

And in Tennessee, we see the case of a five-week-old boy dying at the hands of his abusive father.

What could these children all have done? What is their crime? It’s simple: They exist. The common denominator here is a hatred and a disregard for babies. These abusers—these killers—have grown up with the mentality that it’s okay (even applauded!) for a woman to have an abortion when she doesn’t want a child. They’ve grown up with the mentality that a woman is a possession and, by extension, so is the child. And when either isn’t doing exactly what he wants, he forces his will on them. He hits, he bites, he suffocates. Because to him, a child is not a precious gift from God. A child is not a unique and unrepeatable person with unlimited potential. To him, a child gets in the way. A child irritates. A child aggravates.

We live in a selfish society. And when parents don’t see the beauty, the wonder, and the miracle that is every single baby, a generation of selfish people becomes even more selfish.

That is why we must try every single day to combat the culture of death with a culture of life. We must teach not only children, but teens and young adults that every child is a child wanted by God. We must stress to them the importance of caring for others. We must teach them to combat the lies they hear every day about abortion. And we must give them the courage to both understand and stand up for what we teach them.

We must use pro-life educational programs like the Culture of Life Studies Program to begin building a foundation—or strengthening the existing one—so that our children grow up valuing each other. We know that the world can be a harsh and cruel place, but that is why we must fight so incredibly hard to turn that harshness into love. We must be the light of Christ and show others that all people—no matter their age or ability—have value. When we, as a nation, start to value preborn babies, I believe that we’ll see a decrease in abuse of children who have been born. When parents come to respect and love their children from the first moment of creation, they won’t allow anyone or anything to harm them before or after they’re born.

Everyone has a responsibility to build a culture of life. Regardless of whether or not we have children or grandchildren, we must all do something every single day to build this culture of life—to teach others to respect life, to show that we respect life, and to foster a culture that does not hold disdain for babies, the elderly, and the disabled.

Begin now! This weekend, do three things to help build a culture of life:

Understand that, when people don’t respect human beings before they are born, they will not respect them after. 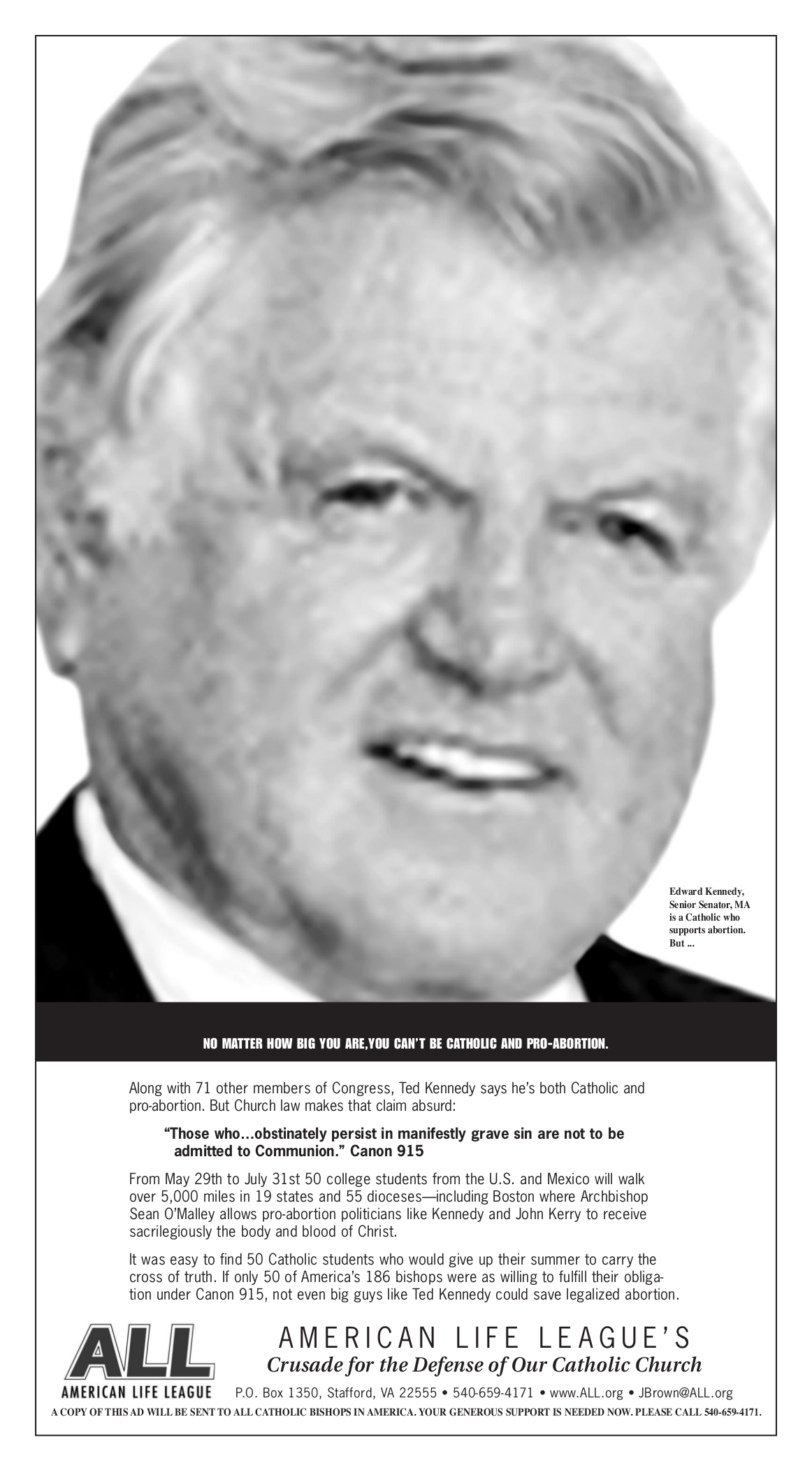 Will You Wait with Me?

By Katie Brown Our nation is currently facing a crisis unlike any of us has ever experienced. If you had asked me prior to this…

Read More »Will You Wait with Me?

Abortion Is Not Funny

Read More »Abortion Is Not Funny

Waking Up to What?

By Susan Ciancio Nothing says breakfast like a not-so-subtle dose of sexuality. Kellogg’s has recently announced that it has partnered with GLAAD—the Gay and Lesbian…

Read More »Waking Up to What?