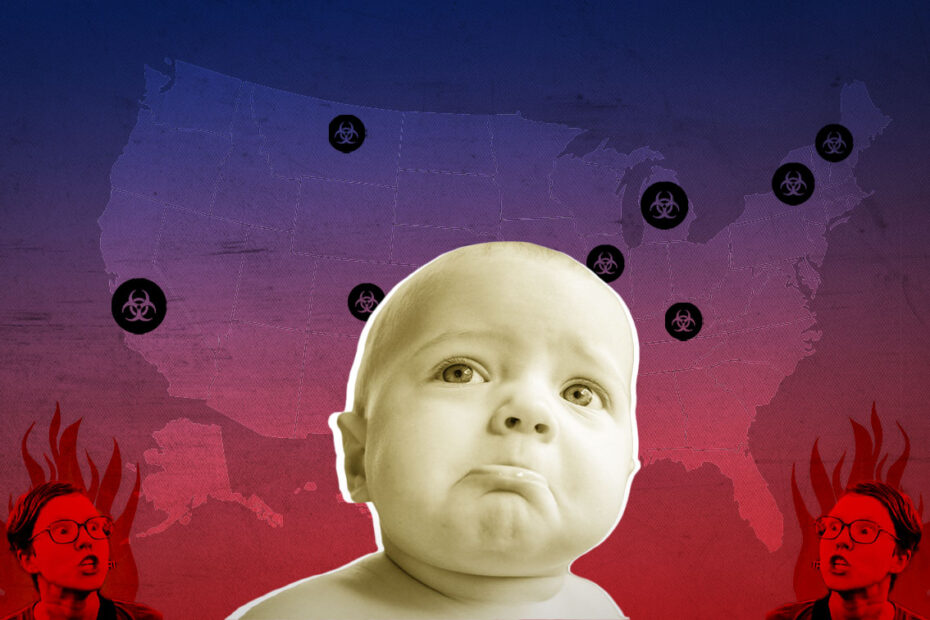 Tuesday, November 8, was not a banner day for the babies, nor was it a banner day for truth and honesty. It was a fizzle. But there is a reason for this—a reason we dare not ignore. The public has disengaged from reality. Cardinal Joseph Ratzinger, who would later become Pope Benedict XVI, explained why in his 1985 book The Ratzinger Report. He stated, “The world waxes indignant when sin and grace are called by their names.”

Those wise words were made manifest across this nation just one short week ago. While pro-life Americans have worked tirelessly to teach our fellow citizens the reasons why aborting a child is barbaric, the voices of deceit have been louder.

In Michigan, once a stronghold of pro-life activity, voters enshrined abortion in their state constitution. Proposal 3, the Reproductive Freedom for All Amendment to the state’s constitution, was supported by 55.5 percent of voters. This may not seem overwhelming, but in this nation all you need is 50 percent or more to win an election or a ballot measure. So now Michigan is officially pro-abortion.

In Vermont and Kentucky, abortion rights won the day as well. Vermont voters chose to protect abortion rights in their state constitution, passing the Reproductive Liberty Amendment by 76% to 23% opposed.

While Vermont was always a pro-abortion bastion, the media reports, “The amendment adds another layer of protection in Vermont that abortion rights advocates say is necessary in the wake of the U.S. Supreme Court’s decision to overturn Roe v. Wade. The right to an abortion is already protected in Vermont under a 2019 state law.”

And in Kentucky, voters rejected a pro-life amendment on the ballot by more than 52%. Once known as a totally pro-life state, the winds have shifted there, and sadly, the trigger law that went into effect after the Dobbs decision is no longer the state’s law. Once again, the babies have lost the legal protection they once had. Commenting on the aftermath, Kentucky Right to Life vowed to carry on the fight, rejuvenated and looking forward to the next positive actions that can be taken to offset the defeat.

The commitment to never give up is the definition of defending the innocent against the wiles of the evil one. Having said that, we must also report that Vice President Kamala Harris’ home state of California did the expected, enshrining a “right to abortion and contraception” in that state’s constitution without limits, such as fetal age of viability—once the line of protection for babies in the state.

While these states have done the unthinkable in each and every case, voters have also drawn the line in the sand. By their freedom to vote according to their personal wills, they have reminded us that “the world waxes indignant when sin and grace are called by their names.”

As we strive every day to focus attention on the humanity of the preborn, their equality as fellow human beings, and their equal rights to protection under the law, we must do more to call attention to one fundamental fact: Human personhood begins at the beginning. Convincing our fellow citizens of this fact should be our primary goal. No longer should pro-life people work on measures that merely regulate the killing.

Such a failed strategy is not only evident but deadly. Election results prove that.