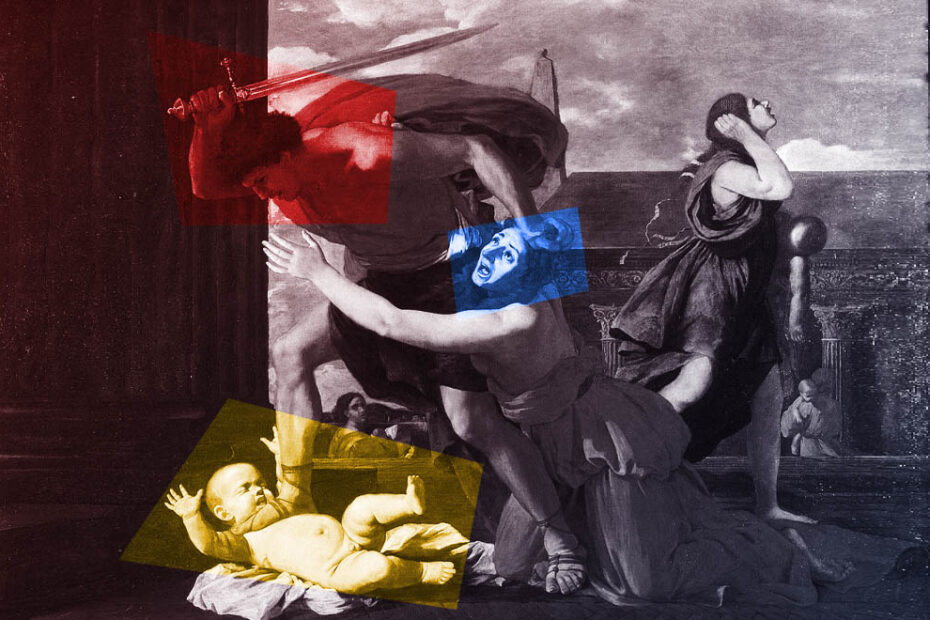 Some say there are two major political parties in the United States: Democrats and Republicans. Some even suggest that the Republican party is pro-life. But really, if one is honest about it, there is but one party in this nation when it comes to the protection of innocent preborn babies, and that is the Herod party.

Recall the story of King Herod who famously spoke to Christ in the hope of seeing Him perform a miracle. But instead, after jeering Christ and treating Him with disdain, the king joined with his men in placing a cloak on Him and sent Him back to Pilate—the man who would ultimately sentence Christ to death. In other words, Herod knew that Christ was innocent and yet acted to ensure His execution.

The elected officials of our time are no different. Those who, like President Biden, advocate for aborting children claim to be dedicated to justice and equality for all. But the problem with their brand of equality is that it denies the humanity of the most vulnerable in our midst.

Note the statement of House Speaker and self-identified Catholic Nancy Pelosi: “We have a sacred, fundamental duty to expand freedom in America, not to roll back fundamental rights. While Republicans seek to criminalize reproductive health care nationwide, House Democrats will never relent in our fight to defend freedom for women and for every American.”

If this is not the epitome of disdain for basic human dignity and enmity toward truth, I am not sure what is! We are living in a time of evil, and the Herod party is in the thick of it.

Just imagine, if you will, the plight of that 10-year-old child who was allegedly impregnated by a rapist. According to news reports, she was six weeks and three days pregnant when the abortion occurred. Mainstream media reports that the girl’s mother is defending the rapist. In a sane world this sort of report would not appear until all of the facts were verified, but this is not so in the land of Herod.

Sadly, the story of this little girl is fodder for those who are outraged that the Supreme Court returned the decision regarding laws that regulate abortion to the states. Anything to stir up the masses, which is precisely what the pro-abortion media likes to do.

In Indiana, when 26 senators voted for a proposal that allows rape and incest exceptions in a pending fictional abortion ban, the media had a thing or two to say, including this from US News: “The bill would prohibit abortions from the time a fertilized egg implants in a uterus. Exceptions would be allowed in cases of rape and incest, but a patient seeking an abortion for either reason would have to sign a notarized affidavit attesting to the attack.”

This is a perfect example of what is wrong with the Herod party in America.

First, when a proposal permits acts of abortion it is not a ban.

Second, the baby is immediately dehumanized by calling her a fertilized egg instead of an embryonic child.

Third, I ask why in the world would any state senator want to permit killing a baby prior to birth for any reason? And yet the abortion drumbeat continues. Instead of working to protect every baby, legislative initiatives continue to include loopholes that lead to dead babies.

And it does not stop there. Herod people dislike Supreme Court justices like Samuel Alito and don’t mind saying so. At a recent conference in Rome, Alito said, “I had the honor this term of writing, I think, the only Supreme Court decision in the history of that institution that has been lambasted by a whole string of foreign leaders, who felt perfectly fine commenting on American law.”

In response, Alito was labelled as a man “high off the fumes” of the Dobbs decision, “an embarrassment to the Supreme Court,” and “a mean old” man.

Again, the Herod folk never suffer truth or honor. They are too busy attacking those very attributes as they hammer away at the need to kill babies in order to “respect” women.

The Herod party and its people are very real. Let us strive to end their debauched sense of procreation before it gets worse.