Home » News » The Devil Is Nonpartisan

The Devil Is Nonpartisan 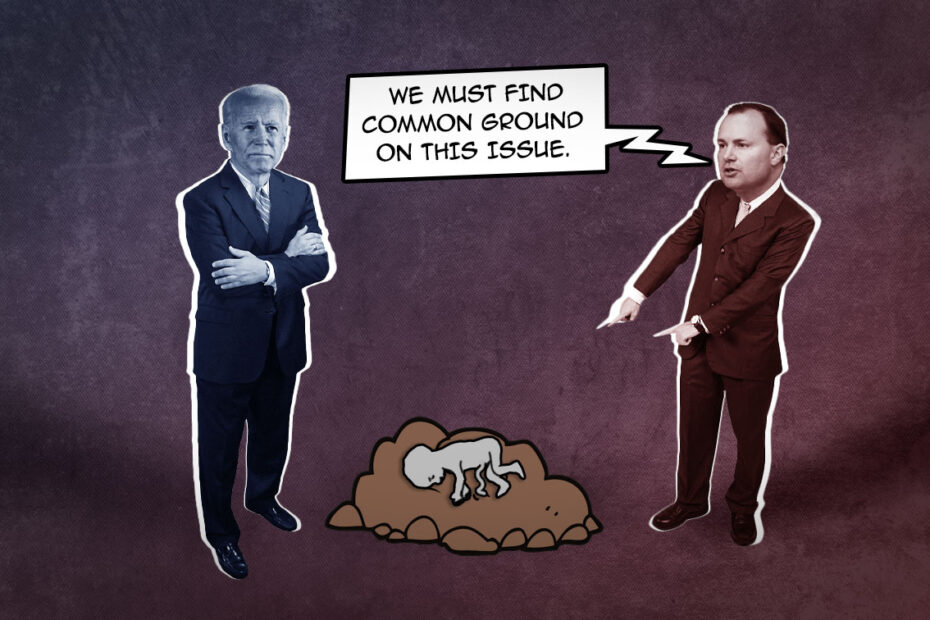 David Kupelian recently wrote: “Today’s Democratic Party is, in a very real sense, ‘possessed’—that is, its political and thought leaders have been completely taken over by the kind of dark psychological and spiritual forces that readily capture the minds of corrupted human beings who have turned their backs on God and His laws of life.”

While that may sound accurate, there is reason to believe that those same dark forces are hard at work on the Republican side of the aisle as well. For example, Utah’s Republican senator Mike Lee recently opined on the subject of abortion: “We must find common ground on this issue. Since the Dobbs decision, a clear consensus is emerging in America. It can be found between the extremes while respecting the sanctity of life and allowing for common-sense restrictions and exemptions.”

In other words, the act of killing a child is an issue, and the consensus of the American public should establish the standard for what we do about that deadly act. In my mind, Lee’s words exemplify the corrupt thinking of a politician who has separated truth from his political views.

The baby has taken a back seat to what many would call political reality, but we define it as pure evil. The devil is nonpartisan.

Politics is not the only place where we find the devil’s hooves at work. He is laboring overtime to obfuscate, twist, and destroy God’s truth that human beings are precious and may never be intentionally robbed of their lives.

The examples of Satan’s evil inroads are all around us.

Shelley Connor told the readers of the World Socialist that one-third of American women lost their right to kill their babies after the Supreme Court’s Dobbs decision came down, but she worded it differently of course. Her goal was not to be factually accurate but rather to spew inaccuracies that feed the agenda of the evil one—“the one who ‘was a murderer from the beginning’ (Jn 8:44).” Satan is constantly working to convince people that wrong is right and right is wrong.

We see this everywhere, including with a group of Harvard academics who suggested that laws that in any way curtail the killing of the preborn clash with the preferences of most Americans. The suggestion is, of course, that voters want abortion, but lawmakers do not want to listen. We find this absurd.

Politicians in every state avoid discussing the human personhood of the preborn child as if it were a plague! These weaklings prefer to tweak existing laws. We presume such elected officials do so to appease the voters, but such actions are diabolical in the sense that they never actually recognize that the preborn child is someone deserving of the same rights as her parents.

And when it comes to the fact that a human being’s personhood is an eternal quality that cannot be denied, you could hear a pin drop no matter which party is demagoguing abortion.

So when we say that the devil is nonpartisan, we are not exaggerating. The facts in this case are as clear as the nose on anyone’s face.

The baby is not the focus; the so-called issue of abortion claims center stage. And at that moment human personhood does not matter. Talking about issues instead of people transforms the dynamic, and the babies continue to die. This has got to change, and that takes courage.

The devil knows that it is hard for us to stand up and say that aborting a child is an act not an issue, but if we fail to say it, who will?

Throughout my nearly 50 years in this battle the facts have never changed, but the rhetoric has. We need to get it back on track now, not later. Don’t let the devil have the last word.