Home » News » Killing Democracy One Dead Baby at a Time

Killing Democracy One Dead Baby at a Time

Today’s cultural meltdown gives us an opportunity to see just how far the devil will go to achieve his goal. The perfect word for this is demoralization. Looking around today, we can see its effects everywhere.

The most glaring example is, not surprisingly, the packaging of the act of abortion as something similar to a tonsillectomy. Recently, two comedians joked about abortion and referred to it as being akin to cancer. So-called mainstream media use every opportunity to promote abortion as a treatment for nearly any social ill, including the recent pandemic. And the National Catholic Register reports that “governors in states like New York, Washington and New Jersey all followed suit, with their own decrees that abortions should continue unabated during the pandemic as ‘essential’ even at a time when states were struggling to provide protective equipment and supplies to hospitals and suffering patients were told that elective procedures should be delayed.”

And not to be overlooked, power-driven groups like Black Lives Matter cannot get enough abortion.

But, as African American pro-life leader Ryan Bomberger points out:

Apparently, not all black lives matter. Pro-abortion BLMF declared: “We deserve and thus we demand reproductive justice [aka abortion] that gives us autonomy over our bodies and our identities while ensuring that our children and families are supported, safe, and able to thrive.” Aborted children don’t thrive. BLM groups announced “solidarity” with “reproductive justice” groups back in February 2015. You cannot simultaneously fight violence while celebrating it.

The common thread is a commitment to corrupt the moral backbone of this nation in an effort to tear it down and build a society of deceivers, haters, and killers.

The scientific facts about the existence of a unique individual from the beginning of his life are denied. These facts are inconvenient when the goal is the suppression of an entire class of people.

Pro-abortion publications like Mother Jones expend thousands of words to tell readers that pro-life groups are fake and that people who support a woman’s right to abortion are the good guys. For instance, its recent hit piece on the American Association of Pro-Life Obstetricians and Gynecologists—a pro-life physicians’ organization—was packed with flaws.

The writer had her mind made up and never intended to be fair, let alone accurate. She went out of her way to find AAPLOG critics, including those who accused the organization of pushing “incomplete information” and those who discounted the work AAPLOG has done based on their own bias favoring abortion. Another APPLOG critic quoted in the article claims that “women have been criminalized.” 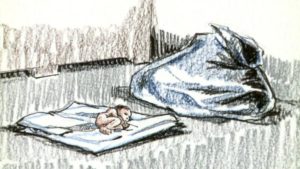 Throughout this verbose article, we noted that the word “baby” was used only once, and that came in reference to the case of Purvi Patel, a woman who was sentenced to 20 years in prison after she left her allegedly alive preborn child in a dumpster. It seems that the doctor who examined the dead baby’s body was a member of AAPLOG.

I get the impression that the only reason the article attempted to deconstruct AAPLOG’s stellar reputation was because the group is perceived to be a threat. It’s interesting how doctors who know their profession and are proud of it are such a threat to the culture of death.

But there is a moral here, and it is that pro-life efforts to defend the individual at every stage of his biological development until his death are growing. And the truth of what abortion really does to a fellow human being is a threat to the abortion cartel, big pharma, and all those involved in denying the dignity of the human being.

More than 20 years ago, St. John Paul II told a group of American Catholic bishops that “the future of democracy . . . depends on a culture capable of forming men and women who are prepared to defend certain truths and values. It is imperiled when politics and law are sundered from any connection to the moral law written on the human heart.”

America sits at that juncture today. This is why it is so urgent for us to be steadfast, recalling this admonition of the Holy Father: “If moral truths cannot be publicly acknowledged as such, democracy is impossible.”

American is dying one baby at a time.