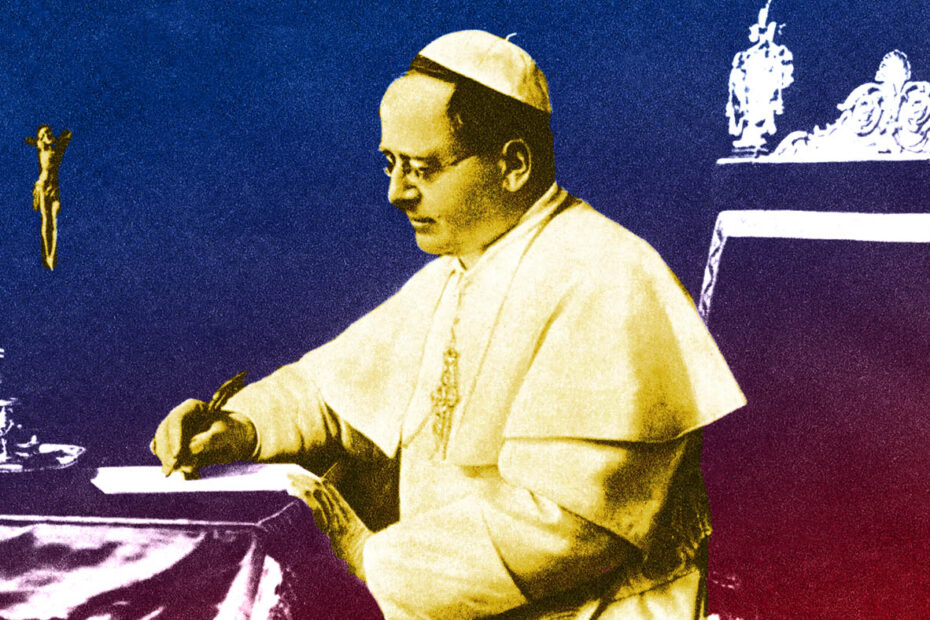 The words “intrinsic evil” do not always slap one in the face as they should because we have forgotten the meaning of the word intrinsic. So I thought it best to remind each of us that the word describes the essential nature of something. So when paired with the word evil, we see that an intrinsic evil is something that is fundamentally bad, basically wrong, inherently offensive, and by its very nature offensive to God.

Pope Paul VI referred to contraceptive use in Humanae Vitae as intrinsically wrong. And once we think about this, it is clear that for the same grave reasons that abortion is intrinsically evil, the same is true of contraception.

St. John Paul II set forth the same principle in Evangelium Vitae, teaching: “No circumstance, no purpose, no law whatsoever can ever make licit an act which is intrinsically illicit, since it is contrary to the Law of God which is written in every human heart, knowable by reason itself, and proclaimed by the Church.”

These Catholic teachings are universal in their messaging. One need not be of any faith to understand that taking the life of another person—especially an innocent baby before birth—is not only wrong but despicable. And by extension it is equally obvious that the human body should not be assaulted by chemicals or devices in an effort to avoid bearing a child when in fact the ingestion of such products not only violates nature but can kill an innocent preborn child in his first few days of life. Why? Because insulting nature harms the perpetrator in ways that nobody can deny.

In his encyclical letter Castii Connubii, Pope Pius XI taught this nearly 100 years ago, writing: “No reason, however grave, may be put forward by which anything intrinsically against nature may become conformable to nature and morally good. Since, therefore, the conjugal act is destined primarily by nature for the begetting of children, those who in exercising it deliberately frustrate its natural power and purpose sin against nature and commit a deed which is shameful and intrinsically vicious.”

Such sins against nature violate the natural law as well as the laws of God. These basics are essential to understanding why contraception violates our nature as human beings. The Pro-Life Activist’s Encyclopedia explains: “As a species, we seem to have lost sight of our role and purpose on this earth. God created the universe and everything in it for His pleasure not ours! He created us to give Him glory, not just to recreate the world and its natural laws to make our lives easier and more pleasurable.”

So when human beings violate the natural law by using artificial means of controlling their fertility, they pollute their bodies, they offend God, and they act in an intrinsically evil way. Human beings were not created to chemically assault their bodies but rather to respect them, to reverence the gift of procreation, and in so doing remain in accord with God’s will.

St. John Paul II, writing in The Splendor of Truth, teaches: “As is evident, in the question of the morality of human acts, and in particular the question of whether there exist intrinsically evil acts, we find ourselves faced with the question of man himself, of his truth and of the moral consequences flowing from that truth. By acknowledging and teaching the existence of intrinsic evil in given human acts, the Church remains faithful to the integral truth about man; she thus respects and promotes man in his dignity and vocation.”

Understanding that “the root reason for human dignity lies in man’s call to communion with God” helps us understand and then teach others the reasons why intrinsically evil acts will never advance man but rather will condemn him to eternal suffering. While we confront a world that no longer accepts the fact of sin or the truth that eternal life awaits each person, we must remain steadfast in our mission to teach truth.

Truth heals, truth guides, and most of all the truth of Jesus Christ annihilates intrinsically evil temptations that lead human beings to suffering and eternal death.