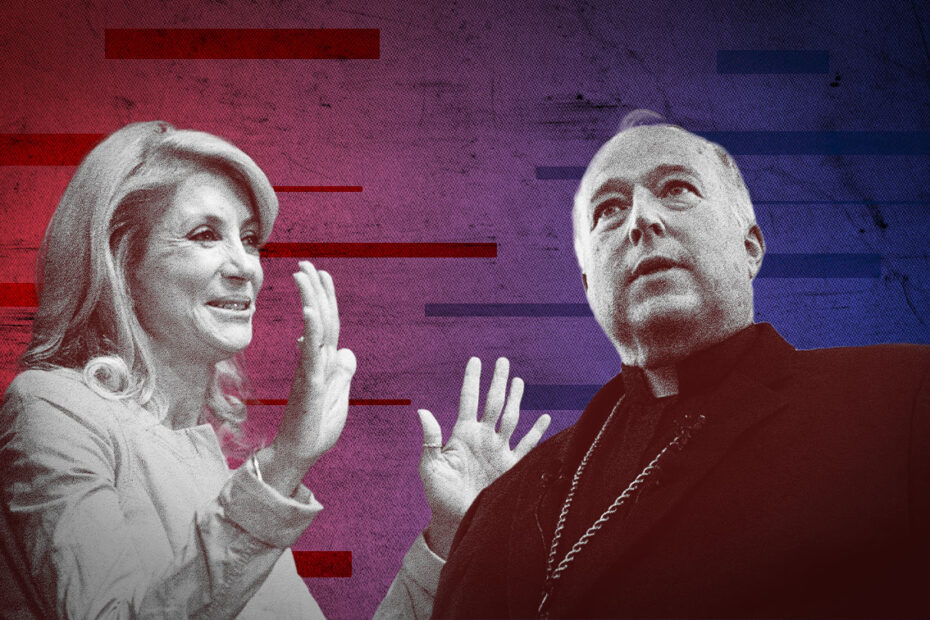 NBC news recently ran a pro-abortion commentary about protecting human personhood. The writer, former Texas state senator Wendy Davis, is one of the most rabid pro-abortion political figures in the nation. This is evident from the subtitle which reads: “These hypocritical laws could have far-reaching implications, even in states that already restrict abortion. And the misogyny that drives this quest has an insatiable appetite.”

Davis is a Baptist, but what if we were talking about Catholics, specifically bishops? Most recently, San Diego’s Cardinal McElroy comes to mind. On the subject of abortion, we know this from the public record: In 2018 McElroy made it point to emphasize that alongside the issues of abortion and euthanasia should be those of poverty and degradation of the earth (i.e. climate change.) His record prior to being elevated to cardinal by Pope Francis has been anything but stellar, including criticism of pro-life priest Fr. Richard Perozich, who subsequently moved to Hawaii.

Last year McElroy “accused ‘some bishops’ of making the issue of abortion a ‘litmus test’ for Catholic politicians during the Biden presidency.”

And there it is! The word “issue,” which dehumanizes the baby who dies during an abortion by portraying the act as nothing more than a matter of politics.

Yet Pope Francis not only elevated McElroy to the position of Cardinal but did so perhaps to underscore his personal position that there are more concerns than abortion that need the Church’s attention. But none of the other so-called issues the pope or McElroy enumerate actually murder people.

This ongoing problem of hypocrisy is not just about counterfeit Christians. It applies to architects of dangerous medical practices that, like abortion, result in death. Most recently, the care of the dying, specifically palliative care, comes to mind.

While such care is alleged to help bring comfort to the dying who are suffering pain, there are those who think it is better to hasten the death than treat the pain.

When palliative care is provided by healthcare professionals who have genuine respect for the life of every person committed to their care, it can be a blessing for patients and their families. Palliative care should never be used to cause or hasten death.

Unfortunately, there is a growing trend to misapply palliative medications to make people die, particularly in the hospice care setting.

Again we find the hypocrisy of those who assure us that they are champions of truth and human persons but who act in ways that result in the false practices that result in premature death. In my mind there is no significant difference whether dealing with a politician like Davis, a prelate like McElroy, or a callous medical practitioner.

Clearly any time honesty is substituted with distorted personal agendas, bad things happen. But it need not be that way.

As faithful Catholic Christians, we are called to be in prayer about these concerns, to help others learn more about them, and to persist in our personal efforts to change the situation. Our loved ones, our friends, and our coworkers, among others, learn because we care.

In our quest to restore legal and cultural protection to every innocent human being from his biological beginning, we dare not overlook an opportunity to expose hypocrisy. Call it out! Otherwise those bad things will persist.