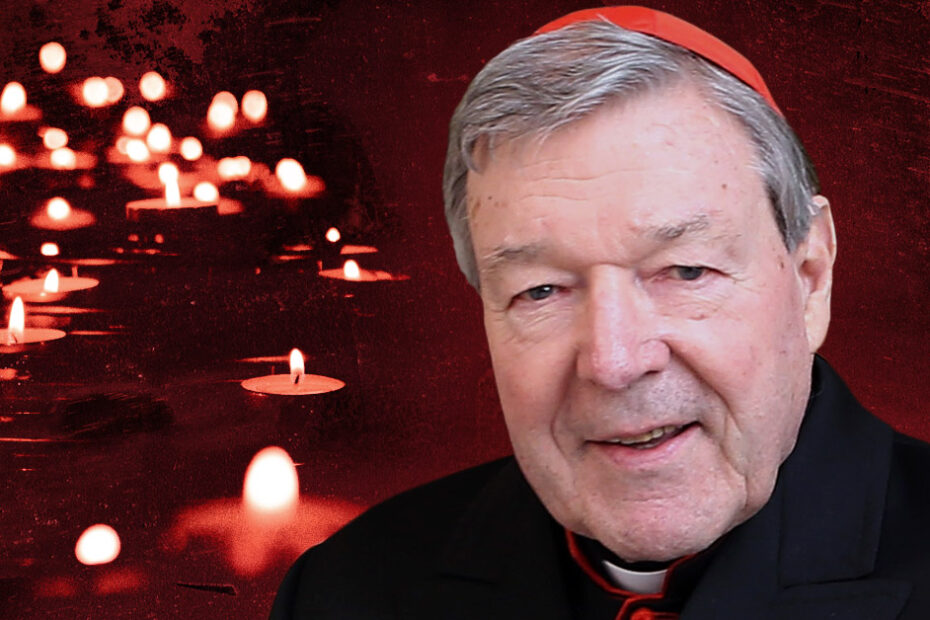 The recent death of Cardinal George Pell—a remarkably humble and holy man—struck me as being the end of an era. Pell epitomized the very meaning of what it means to live your life learning to walk with God. No matter what the trial or vilification might be, Cardinal Pell knew that he was never alone.

He was one of the princes of the Church whom I had the great honor of knowing. The first time my husband Paul and I met with him, he was the head of the Vatican Secretariat for the Economy. The year was 2014, and we were both in awe of this very tall cardinal with an enormous smile and a sparkle of joy in his eyes.

He joked about his new job, telling us that his favorite part of the challenging task was the lovely chapel he had right there on the same floor as his office. And he explained that the view he had of the Vatican gardens wasn’t bad either! To say that he was a remarkable man who loved the Lord more than any other aspect of his impressive life is an understatement.

As he once wrote, “I believe we do a disservice to God and probably to the pro-life cause if God is never mentioned in our pro-life arguments.” I can actually visualize him making that statement, and it is part of the reason why we admired him so much.

In his last homily, given on January 7 of this year, he spoke about the wonders of being blessed by Jesus Christ, first with our faith and second with our awareness that Christ is constantly calling us to conversion. He spoke of St. John Paul II and Pope Benedict XVI, saying:

These two popes did not affirm that the teaching of Jesus was conditioned by the time, by the Roman Empire, by the pagans; they did not claim that the essential and central teaching should be updated, radically changed; they didn’t say: “We don’t know what Jesus said because there were no tape recorders”; they accepted the teaching of Jesus as it has come down to us. As for them, and also for us, Jesus remains the way, the truth and the life.

They were optimistic: they believed that Christian communities and the teaching of Jesus are a great help to live well; Jesus didn’t come among us to make us suffer and they believed only in the Christian virtue of hope.

Cardinal Pell went on in that same homily to teach:

We know that our life is a struggle against selfishness. These two popes lived during the years of World War II—Wojtyla lived under communism—and they understood the importance of fighting against our selfishness; they knew how to distinguish between the spirit of truth and the spirit of error.

They understood the importance of the sacraments and, especially, of the Eucharist.

The Eucharist is not only a horizontal celebration but it is an act of prayer, of adoration, like this morning, when we began with prayer by placing God at the center. It must be like this, because God is transcendent, out of all our experience, out of our world; the vertical dimension of religion is essential.

They understood the role of Peter’s successor in the life of the Catholic Church.

We Catholics must remember that the universal unity of the Church is not something that can be taken for granted or is facile. It is a very precious gift that we must be careful to keep so as not to damage it.

While the present age may not fully appreciate the wonderful contribution that this man of God made to not only Catholics but to the world, we pray that the Lord embraces Cardinal Pell and welcomes him home.

His life story and his own struggles shaped him in the same way our own lives compose the story of who we are. For Cardinal George Pell, who has gone on ahead, we pray, asking God to give us the courage to be defenders of our faith and His Truth in the same way Cardinal Pell was. May he rest in peace!