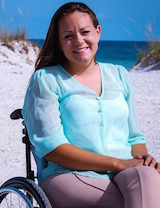 C Health has two columns debating the topic of euthanasia. In opposition is broadcaster and columnist Michael Coren and in support is Dr. Gifford-Jones. The main focus of “Do They Deserve to be Born?” is on a set of twins, now six months old, conjoined at the head.

No civilized person or society, however, considers expense and practicality to be more important than goodness and humanity. If it did, it would immediately wipe out, for example, drug addicts, the homeless and people with AIDS.

Tatiana and Krista will be loved and . . . will love back. They will smile, laugh, cry, be sad and happy, sometimes frightened, sometimes excited. Just be. Which is quite enough. And God forgive anyone who awards themselves the right to decide who may be and who may not.

The supporting author’s claims, however, are very troublesome and often downright insulting. First he ridicules the belief that all life is sacred: “Reports claim that Felicia Hogan-Simms was advised by doctors that her pregnancy could be terminated, but she refused. I assume that she considers life of any kind sacred, and abortion never an option.”

This is where it gets a little personal for me:

What a tragic life awaits the twins. For as long as they live they will be unable to care for themselves or lead a normal active life. . . .

They will never walk, joined at the head in such an abnormal position. Physically they are destined for ill health, lying on their backs forever. They will become obese and develop the myriad of diseases that accompany this problem. Their lives will be a living hell.

This should be a wake-up call for us to prevent unimaginable future cruelty of this kind. . . . I would ask this question. Is there anyone among us who would want to be born this way or willing to trade places with these conjoined twins?

As a paraplegic, I no longer have any feeling or voluntary movement below my chest. My daily routine includes managing bodily functions in a way that would make most people cringe. I am confronted with new limits and challenges every day whether it’s needing something out of my reach or being unable to reach my destination due to inaccessibility. And let’s not forget the wheelchair. Much like Dr. Gifford-Jones claims of the twins, I too have been pointed out as someone whose quality of life has been diminished as a result of my injury and have actually been told by another individual that they would kill themselves if they were in my position. I don’t know a single person who would want to trade places with me. But does that mean that I would be better off dead?

And who is this man to decide whose life is a living hell? These children, as Coren points out, will be infinitely blessed with the love of their family and will be able to love them back. Likewise, my life, though accompanied by many trials and sufferings, is one great blessing after another. Sure, sick and disabled people must endure sometimes tragic suffering, but that does not diminish our value as human beings. And who’s to say that our sufferings are greater than those enduring some interior anguish hidden from the eyes of the world?

Even in the midst of the extreme suffering, there are rays of hope and happiness. And if there are not, there’s no need to worry, for something greater awaits us—a place where every tear will be wiped away and mourning, crying, and pain will be no more (Rev. 21: 3-4). This is the good news of human suffering—while on earth our suffering is inevitable and we should never violate human dignity and the sacredness of life to avoid it—it will not last!

In this you rejoice, although now for a little while you may have to suffer through various trials, so that the genuineness of your faith, more precious than gold that is perishable even though tested by fire, may prove to be for praise, glory, and honor at the revelation of Jesus Christ (1 Pet. 1:6-7).

If any man would come after me, let him deny himself and take up his cross and follow me. For whoever would save his life will lose it, and whoever loses his life for my sake will find it (Mt. 16:24-25).

But here’s the kicker: “Hogan-Simms should not have been allowed to make the ultimate decision. I have in the past always cast a jaundiced eye on committee decisions, but I like to believe in this instance an ethics committee would have seen the logic of terminating this pregnancy.”

So much for “freedom of choice.” THIS should be a wake-up call for everyone! This is what advocates of so called “futile care” are after. Patients should no longer be able to make informed decisions about their own health care. Rather, an “ethics committee” should make the decision for them and then force them to comply. We have witnessed this most recently in Texas with Baby Emilio. Now this doctor (and I’m sure he’s not alone) thinks that we should also be able to force women to have abortions (think China). After all, knowingly allowing a child to live with disease and serious disability is cruel and unusual and should never be permitted even if the family is willing to love and care for her.

It saddens me to no end that people can view any life unworthy to be lived. As beings made in the image and likeness of God, our lives have meaning independent of our abilities and usefulness. Therefore all life is precious and worthy to be preserved.

This article has been reprinted with permission and can be found at http://reflectionsofaparalytic.com/?p=408.

Chelsea Zimmerman is a Catholic pro-life activist. She is on the board of directors for Missouri Right to Life and she blogs at Reflections of a Paralytic.

Lenten Reflection Book Highlights the Gifts of the Holy Spirit

By Susan Ciancio Building a culture of life is something people of any age can do, and when children are brought up in a household…

A Little Bit of the Celestial Here on Earth

By Shannon Efteland Everyday I learn. I discover new things. Occasionally, I catch a glimpse of the vastness and depth of all the things there…

Read More »A Little Bit of the Celestial Here on Earth