Home » News » The Gas Chamber in a Little White Pill

The Gas Chamber in a Little White Pill 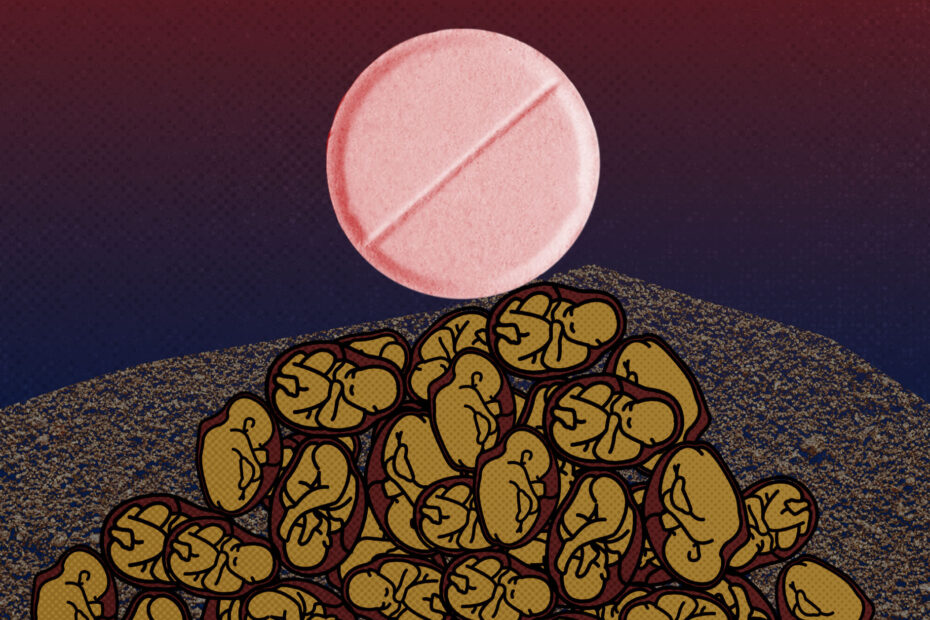 During the horrific era of Nazi brutality, a gas known as Zyklon B was used to terminate the lives of alleged unwanted human beings. The gas was invented to be a pesticide, not the means by which more than a million human beings would be gassed to death. But Hitler’s evil minions knew no bounds.

While we will never forget that tragic time in history, it seems that for some the chemical tools of death have changed, but the humans who perpetrate death have not. Today it is the killing of the innocent preborn that takes on the brutal mantle.

Abortion proponents are clamoring for more aborted children than ever before, and for them there is big news. According to the Pink Sheet, a British newsletter about pharmacological topics, “Attorneys say the biggest step FDA could take to expand access to medication abortion would be to eliminate REMS requirement for mifepristone. Timeline notes steps Biden administration and Congress have taken since the Supreme Court’s ruling overturning the right to an abortion.”

The REMS—the Food and Drug Administration’s Risk Evaluation and Mitigation Strategy—evaluates the nature of risks and other information pertinent to specific drugs and how they are used. As of the latest evaluation of RU 486 (mifepristone) in 2021:

Reviewing these requirements makes it clear that the abortion pill is not a simple pill similar to an aspirin bur rather medication that can be quite dangerous to the user, and as we know, it is deadly to the intended target—the preborn child.

Yet today the abortion cartel is pushing for an elimination of these requirements, which will make these dangerous abortion pills even more of a risk to patients than ever before. Having said that, we realize that when one is in the business of abortion sales, the welfare of the patient is not high on the list of concerns.

Perhaps this is why the Reproductive Health Access Project is concerned about the availability of mifepristone through telehealth programs. Such programs are currently banned in 19 states, but those committed to abortion regardless of human cost are pressing forward. Groups like RHAP want all state laws that are designed to inhibit abortion rights to go away despite the consequences to humans.

As we examine these attitudes and the practices of such groups, we must never forget the precedent that was set in the 1920s in Nazi Germany. As German psychiatrists Hoche and Binding argued in “Permitting the Destruction of Life Unworthy of Living,” there should be support for “the practice of euthanasia for certain populations. They labeled the mentally ill, the physically disabled, and others as genetically dangerous and financially burdensome to society, and they offered a legal basis for permission to kill them. Their argument, which provoked considerable opposition, was influential in the development of the Nazis’ T-4 euthanasia program.”

The point is that it only took a couple of influential men to get the drive toward murdering those unwanted by the elite moving in a very deadly direction.

Fast forward to now. In our day there are large numbers of influential groups pressing for the killing of the innocent preborn. As we fight against the powerful and the heavily financed, we are called to remind our fellow countrymen that life is precious, not expendable.

Medication abortions hide the horror just as Zyklon B gas did in Germany. But regardless of public awareness, the truth does not change. Innocent people die at the hands of those who detest the vulnerable, and a society that succumbs to such treacherous practices is destined to crumble and die on its own bloodied sword.

This is why we cannot stop fighting for the babies and their parents. History very well could repeat itself, but we pray that the truth will soon triumph in America!

This article first appeared in The Catholic World Report at catholicworldreport.com/2022/08/18/the-gas-chamber-in-a-little-white-pill.