When it comes to so-called red states and blue states, many stark differences exist. Some are economic; some are just disturbing.

And while some report that the coronavirus hits the elderly and vulnerable at a higher level in some states more than others, the question of how to prevent this from happening should not be wrapped in political jargon. The vulnerable are at risk regardless of the color of the state where they live. We must not forget the fact that every human being is unique and deserves respect regardless of age or place of residence.

So what is going on? According to the New York Times, one third of deaths from this virus occur among nursing home residents and those who work in these places. The various charts and analyses the Times uses expose the numbers, but the underlying reasons appear to evade those writers as well.

Not so with medical professionals like Nancy Valko, RN, who recently wrote: “Ironically, the COVID-19 pandemic has pulled back the curtain on how far our healthcare ethics has fallen from the ideal of respecting every life to the dangerous notion that some lives are expendable—including our own.”

Further, she pointed out that, according to the Kaiser Family Foundation, there are only 23 states that have provided updated reporting on the deaths in these facilities. So while the government works to close this gap with new regulations and reporting requirements, we are left with the same nagging question: Why are so many of our elderly dying from this virus?

Is healthcare rationing perhaps the cause for the excessive deaths in nursing homes? According to attorney Charles LiMandri, healthcare rationing is against the law, even during a pandemic. He writes that such rationing based on age discriminates against the elderly—a practice Salon magazine describes as ageism. Author Lynn Casteel Harper opines: “Nursing homes have become in the last few weeks what New York’s former lieutenant governor Betsy McCaughey called ‘death pits,’ reflects ageism: the systematic devaluation of old lives. I have witnessed firsthand, for many years, prejudices and policies which—to borrow a word from the title of my recent book on the subject of dementia and caregiving—’vanish’ older populations and their carers from public view and public concern.” 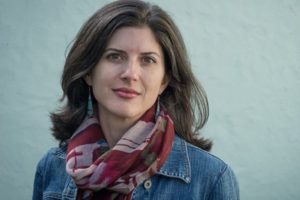 Harper is a Baptist minister, and her outlook is worthy to note. Her perspective on this topic ties directly to the point of this article. Whether your grandmother, grandfather, or any aging individual you know is living in a red state, a blue state, or a purple state, he or she is in danger, not only during a pandemic but any time. People’s lives and safety are not a political topic, and the times are becoming deadly for far too many.

We understand that what this really comes down to is the sanctity of life, the dignity of the human person, and the genuine concern that real human beings have for their fellow people—born and preborn.

In his letter to the elderly, Saint John Paul II wrote:

Elderly people help us to see human affairs with greater wisdom, because life’s vicissitudes have brought them knowledge and maturity. They are the guardians of our collective memory, and thus the privileged interpreters of that body of ideals and common values which support and guide life in society. To exclude the elderly is in a sense to deny the past, in which the present is firmly rooted, in the name of a modernity without memory. Precisely because of their mature experience, the elderly are able to offer young people precious advice and guidance.

Elderly fates depend on the actions, the love, and the solidarity of all who can effect change in the lives of others. Growing old should not create fear. It should create trust in the mercy of God.

If we remember this, we need not ever read again of a state where a Catholic governor presided over the deaths of thousands of elderly.

No more red states versus blue states. We need a state of solidarity with our aging brothers and sisters in Christ.