With a Song in My Heart for You

Home . Publications . With a Song in My Heart for You 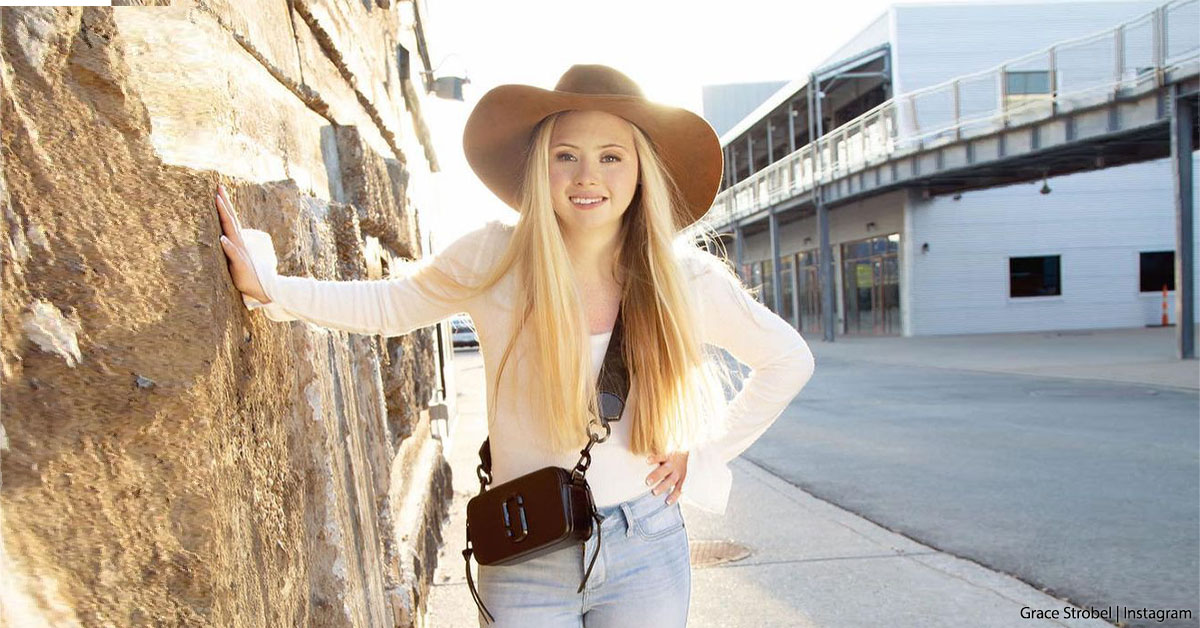 With a Song in My Heart for You

Rogers and Hart wrote “With a Song in My Heart” in 1929 as part of a stage musical. But when we think of the wonderful human beings who have come into our lives thanks to the parents who gave birth to children with Down syndrome, the lyrics take on a joyful new meaning.

Preparing for this commentary, we learned about GiGi Gianni, a 19-year-old from Barrington, Illinois, who not only has a heart of love, but who also has a wonderful singing voice. In fact, GiGi recently sang the national anthem at a Chicago White Sox game, and as her mother Nancy said: “I’m just gonna thank God, because he’s given her this incredible platform to be able to show the world that people can do anything that they put their minds to and their dreams to and that, you know, a diagnosis isn’t going to stop her from making her dreams come true.”

Grace Strobel, another lovely young woman with Down syndrome, was the star of a national skin care campaign. At the age of 23, Strobel “was also featured on the Today show and Lady Gaga’s Channel Kindness and Born This Way Foundation.”

In addition, we are told that because of the mocking Grace suffered at school, she and her mother launched a series of talks designed to educate others about Down syndrome.

Add to this the marvelous headline telling us that “There’s No Prenatal Test for Awesome,” which underscores the truth that babies with Down syndrome are in far too many cases being erased from society by being killed in abortions prior to birth.

We also see the story of Chloe Kondrich, whose father Kurt is one of the most outspoken advocates for these special children ever to come to our attention and who helped create Pennsylvania’s Chloe’s Law. This law “ensures that pregnant mothers who receive a prenatal diagnosis of Down syndrome be offered educational materials and support for the special children they hold within their wombs.”

A LifeSiteNews article summarizes Kurt’s thoughts and says: “We must embrace, not erase, people with Down syndrome. We must live up to the high ideal of America as the land of the free and the home of the brave. For one of the greatest acts of courage in this world is to give birth to an unrepeatable human being, no matter how many chromosomes she has.”

Just like Chloe, GiGi, and Grace, our grandson Will also reflects a love that cannot be denied. Each of these children—like every child—is special because each is a unique gift to be cherished, celebrated, and welcomed.

Will—or Iron Will as he is called—even has his own Instagram page with thousands of people following the story of his life as written by his mom.

In our family, we’ve always advocated for those who cannot speak for themselves. But having Will has ramped up our advocacy a lot! He’s increased our faith, our prayer life, and he’s given us a fresh lens through which we view the world.

Before Will we never used social media. But with all the misinformation out there about Down syndrome we wanted to show the journey in a way that would be real and hopefully inspire others not to be afraid of Down syndrome but instead embrace the beauty and joy that is found if only you are willing to open your heart and eyes to it.

“With a Song in My Heart for You” is what Will’s smiling eyes say to anyone who sees his face, meets him in person, or basks in the incredible devotion his seven siblings have for him. They love their brother and do all they can to help him thrive.

Like William, each baby is a blessing from God from his beginning and should be cherished because, to paraphrase that song, we always knew that each of them could “live life through” because each of us has a song in our heart that affirms each human being without exception.