When MS Attacks the Brain, Let God Renew the Mind 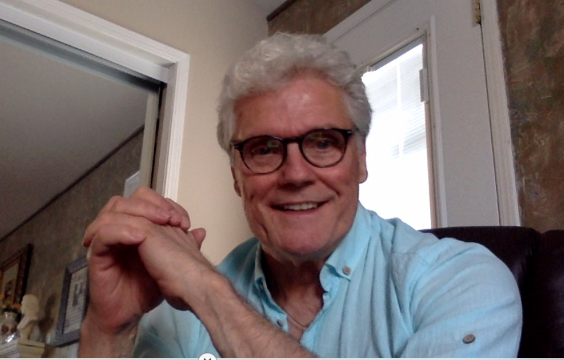 When MS Attacks the Brain, Let God Renew the Mind

Having a neurological disease like multiple sclerosis, I’ve become acutely aware of the brain and its power over the body and the mind. I have also become aware of the colossal power of the mind and its profound influence over the body.

Most of all, I have become very, very aware of God’s power over the human mind and body. I had to. Violent MS attacks took away my physical functions such as vision and speech. It caused paralysis, spasticity, loss of balance, incontinence, and other frightening symptoms. It was important for me to clearly separate functions of the mind from functions of the brain and body.

Why is this important

Why was this so important to me? During my darkest times of neurological terror that could not be stopped, it was very important that I valued my mind over my brain. My mind was all I could rely upon: It could reason and discern.

The human mind is intricately connected with the heart and soul. That’s distinctly different from functions of the brain.

I came across a website that gave an excellent distinction between the brain and the mind. I don’t know where I saw it, so my apologies to whoever wrote it. I can’t give proper credits. The brain sends electrical signals to the body. The mind receives messages from the heart and soul.

In the midst of catastrophic circumstances, I faced the possibility of quadriplegia. A desperate and risky medical therapy was taken to prevent it. I could not reason about what was unreasonable. Defeat and a sense of hopelessness threatened to overtake me. Thinking with my brain alone, I would have given up and committed suicide.

It was my mind—with its connection to my heart and soul—to which God appealed. I spent hours, days, and months on my sickbed praying, seeking, listening with my heart, not my ears, for that still small voice of God. I had to look beyond my electric wheelchair, my creeping paralysis, and calm my sense of panic and terror to listen for that still small voice whispering to my soul, like a gentle breeze: “Be not afraid, I am with you.”

Seeing with our hearts

At such moments, we descend into the sweet spiritual abyss of the soul to see with our hearts rather than through the blur of tear-filled eyes. It is then that a human being can truly begin to comprehend and understand the meaning of being human.

Even for those Christians afflicted with dementia or Alzheimer’s, they and their loved-ones can rest assured their memories and faith are safe in Christ’s keeping. Nothing is lost.

While Christians are to offer their bodies as a living sacrifice to God, some of us have little more to offer than a living carcass. The body degenerates with time. The mind continues to grow with time. It has been my mind that renews according to God’s will, gradually revealing inklings of the liberty and healing that awaits me (and you).

READ >>  After a Life of Adversity, I've Discovered It Really Is a Wonderful World

The renewing of our minds involves prayerfully seeking God and His plan for us. Each of us was created for a purpose. When we discover that purpose, everything else—even multiple sclerosis—becomes a diversion and an irrelevance. Offer yourself as a living sacrifice to God and His glory.

“When MS Attacks the Brain, Let God Renew the Mind” is the Stream’s version of an article that first appeared on the Human Life Matters blog. It has been reprinted with permission and can be found at stream.org/when-ms-attacks-the-brain-renew-the-mind.

Mark Davis Pickup has lived with aggressive multiple sclerosis for over 36 years. Mark has spoken across the United States and Canada promoting the sanctity, dignity, and equality of all human life. He has addressed politicians and legislative committees (both Canadian and American), university forums, hospital medical staffs, religious and denominational leaders, community groups, and organizations about the critical importance of protecting all human life from conception to natural death. Mark is also a widely published writer on bioethical and Christian issues and has received numerous awards, including the Monsignor Bill Irwin Award for Ethical Excellence, the William Kurelek Award for fostering respect and appreciation for the dignity of human life (Canada), and a Governor General’s Medal for Community Service.