Vigilance in Our Time

Home . Publications . Vigilance in Our Time 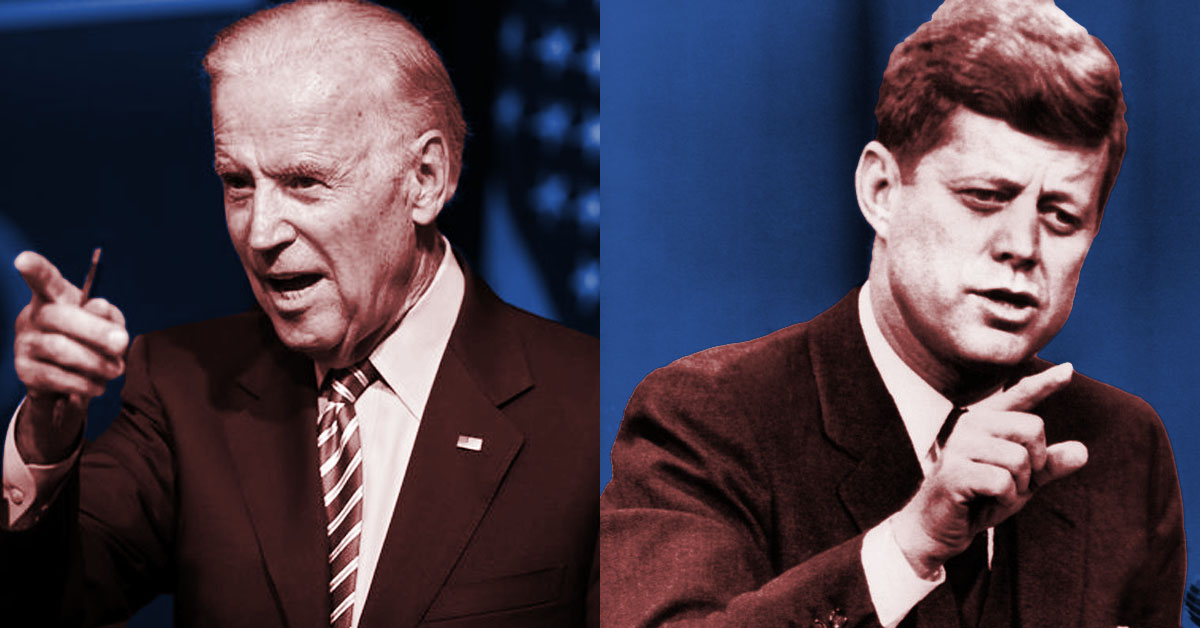 Vigilance in Our Time

Federalist commentator Christopher Bedford recently wrote an analysis of the failure of Catholic leadership to be spiritual guides for the laity. By their silence and assent to all that is the Democratic party, many of the bishops have allowed public figures to use their fraudulent Catholic identity to drive a dagger through the heart of Christ.

Bedford writes: “Just over 50 years ago, Kennedy said he believes ‘in an America . . . where there is no Catholic vote, no anti-Catholic vote.’ With the willing assistance of the bishops, he got his first wish. Now, through their folly, the bishops have ensured they’ll have no say against the second.”

Yes, as surely as the Romans spat on the face of Christ because they could not accept Him as the Savior He is, now in 2020 we have alleged Catholics doing the same under cover of the CINO (Catholic-in-name-only) cloak.

The media is telling us that fake-Catholic Biden and his administration have promises to keep with those who support the murder of the preborn. They report: “Abortion rights and women’s health care advocates anticipate the Biden administration will act swiftly to reverse a myriad of Trump-era rules including ones that allow more employers to opt out of Obamacare’s contraception mandate and ban the use of federal family planning dollars for domestic and foreign organizations that provide or promote abortions.”

Vice President-Elect Kamala Harris has already exhibited her detestation for Catholics by acting against pro-life journalist and investigator David Daleiden. When Harris served as California’s attorney general, she authorized a raid on Daleiden’s apartment because she did not want the Center for Medical Progress video reports on Planned Parenthood’s baby body parts sales venture to come to light.

READ >>  Four Reasons You Need to Become an Agitator

Clearly, if the election results remain as reported by the mainstream media, we can be assured that Biden and Harris will work to deny any protection to the preborn child, and only God knows who else.

So, while we are sorry that most of the bishops have already called time out, even when it is clear that injustice will be perpetrated against the babies, we must be proactive in our work because lives are at stake.

We take heart in the voices of reason in our midst, like Justice Clarence Thomas who has criticized Roe v. Wade on many occasions, calling the decision “grievously wrong” and “farcical.”

Like everything else about abortion in our day, including the efforts to declare abortion a fundamental right, we know the truth that every preborn child is a human being—a person. This truth is based on science and on our awareness that God creates every human being at his beginning.

These facts embolden us to arm ourselves daily for the battle to defend the innocents. So while it would be nice to have every Catholic bishop and priest standing with us and leading us in our efforts to touch the hearts of our fellow Americans with truth, we know that the real power is with us and working through us every day.

Yes, our times are fraught with peril. But we have inspiration with us always. We can begin in the garden of our souls, recalling these profound words written by Fr. Denis O’Brien, MM (1923-2002):

And so we go into our garden, our very own garden. Maybe it is not as well kept as we should like. No matter, if we will go apart and lower our defenses, and say quietly, “Speak, Lord, Thy servant is listening.” To understand, we must do more than hear, we must listen, with the heart. And He will come quietly, courteously, with a smile. Are you a broken reed? He will not snap you off the branch. Are you a smoking wick? He will not quench you. He will speak to the depths of your soul that you have not plumbed.

“Do you want to put an end to abortion? Adopt, spiritually, an abortionist, a pro-death politician, an employee in a death camp. Pray for them, fast for them, practice self-denial and suffer frustrations and contradictions for them—in silence. And I will listen, with My heart.”

Let us humbly reflect on these words as we remain vigilant in our quest to defend Christ’s babies, knowing that He will take care of the rest.