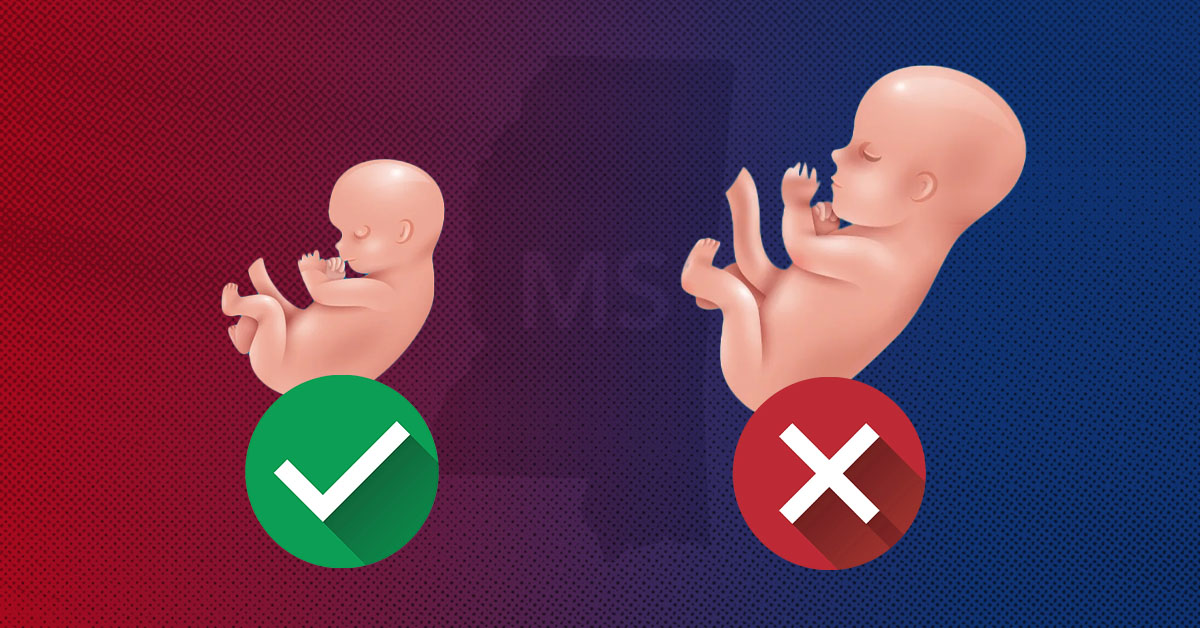 Mississippi has been in the news recently because of an abortion case that has made its way to the Supreme Court. The case, Dobbs v. Jackson Women’s Health Organization, is about a “late-term abortion ban” regarding a “2018 Mississippi law prohibits abortions after 15 weeks except when there are risks to the life or physical health of the mother, or fatal fetal anomalies.”

The first point about this case is that the law itself is really not a ban on anything since it permits child killing for the reasons stated above. It actually sounds an awful lot like the other so-called pro-life laws that permit the killing they are said to be prohibiting. But there is more to this than meets the eye.

In the state of Mississippi’s brief, which the Court will review, we find troubling statements such as:

“But Mississippi’s law is not a flat prohibition on all pre-viability abortions; it only prohibits abortion after 15 weeks and includes exceptions for the mother’s and growing baby’s life and health.”

The Mississippi brief also makes a request that the Court consider holding that all abortion regulations, involving pre- or post-viability conduct, are subject to Casey’s “undue burden” test.

In other words, not only does Mississippi admit to the flaws in the law in its own brief, but it asks that the killing be regulated, not ended.

Further, Mississippi, as well as many of the pro-life groups that have filed amici briefs in the case, has ignored fundamental scientific facts!

“The Court in Roe did not grapple with the risk to a mother’s health when an abortion is performed later in a pregnancy” and states that scientific advances have called Roe and Doe into “serious question.”

But the fact is that if Mississippi and its attorneys had truly been concerned about the science, they would have used the accurate science—a science that has not changed but that has only become clearer. Since 1942, and updated every year since that time, the Carnegie Stages of the development of the early human embryo have set forth the scientific fact that the human being begins to exist at the beginning of the fertilization process.

The Mississippi case will not overturn Roe v. Wade and Doe v. Bolton, nor will it protect every innocent preborn child. And thus, it will not stop the deadly act of abortion. And really, what these babies do not need today is more of the failed compromise proposals moving through court systems and saving nobody.

To make my point, here are two statements contained in the same brief filed by the Catholics conferences in the state:

Is personhood a legal fiction, or does it have existential meaning? Does Lady Justice’s blindfold mean that she sees all persons, indeed, the born and the unborn, equally? Should Lady Justice turn a blind eye to the cry of the unborn child, sucking its thumb, hidden in the sacred dark refuge of his or her mother’s womb, only to have that womb become a tomb? Justice should not abandon the unborn child. . . .

As a matter of first impression, this Court should find that the state’s interest in protecting unborn children who have the capacity to feel pain is sufficiently compelling to support a limited prohibition on abortion.

Since when is a limited prohibition on abortion an expression of the justice that never abandons a preborn child? If this is not doublespeak, then I have no idea what is!

By making arguments in amici briefs that never mention scientific truth or the human embryo, or even worse that mention personhood of the preborn child five times but conclude that the Mississippi law be upheld anyway, there is no hope of justice.

This reminds me of the biblical account in Matthew 8 of the demons who asked Christ to let them possess a herd of pigs, and then “the whole herd charged down the cliff into the lake and perished in the water.”

The devil has possessed the pro-life language of compromise that is prevalent in much of what we have pointed out here. And the result is the betrayal of the babies we all claim to be working to save.

But we can end this by listening to Christ, Who said:

“Come to me, all you who labor and are overburdened, and I will give you rest. Shoulder my yoke and learn from me, for I am gentle and humble in heart, and you will find rest for your souls. Yes, my yoke is easy and my burden light.”

Lord, we pray that every single pro-life American will resolve to follow Him, drive the devil of compromise off the cliff, and never betray a single baby again.