Unity or Division, Christ or Satan 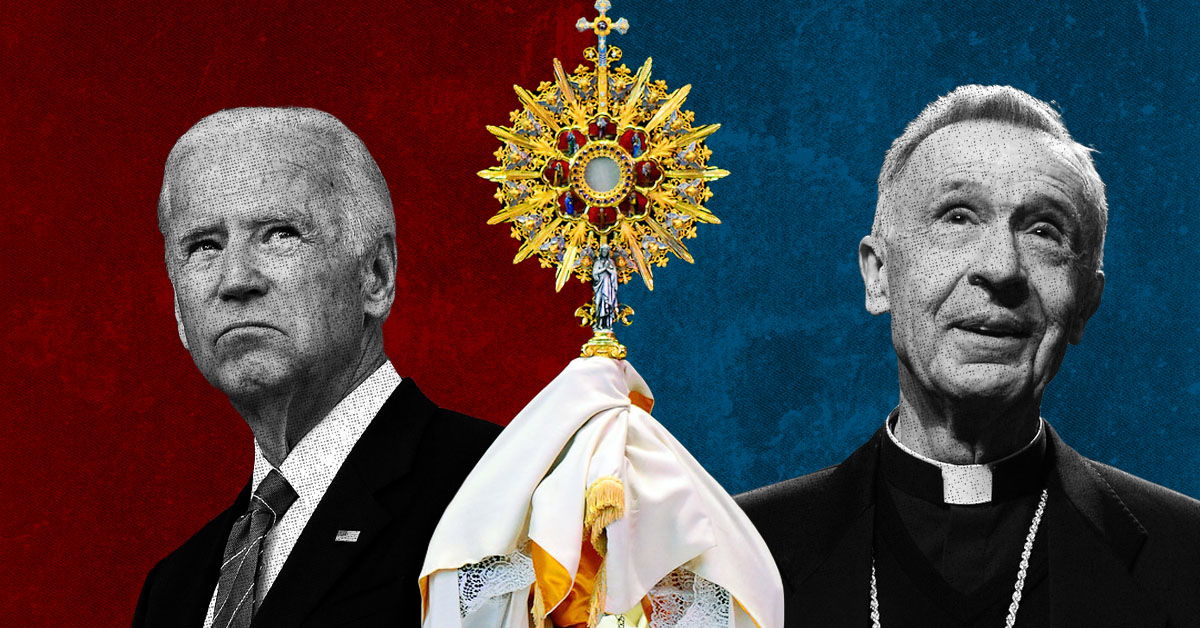 Unity or Division, Christ or Satan

Catholic bishops in the United States are considering issuing a statement dealing with pro-abortion Catholic politicians and their worthiness to receive the body and blood of Christ in Communion. Recently, the president of the USCCB, Archbishop Jose Gomez, informed Cardinal Luis Ladaria—the prefect of the Vatican’s Congregation for the Doctrine of the Faith—about this. Ladaria then deemed it necessary to issue a statement on the matter.

Into these thorny briars Dr. Monica Migliorino Miller was inspired to wade, and in a very astute commentary she pointed out that sound catechesis for the Catholic faithful was needed on the truth about Christ’s real presence in the sacrament. She concluded: “The bishops, as successors of the apostles, are commission[ed] by their crucified Lord to preach the gospel in season and out. That preaching may require the exercise of discipline. And that moment is now.”

We agree. But we also hasten to point out that faithful, practicing Catholics know that abortion kills people. So seeing their bishops debate whether or not a Catholic public official like Biden or Pelosi should be denied the body of Christ because they support this killing is an absurdity. And it creates confusion everywhere.

Such lack of leadership on so simple a matter baffles the average Catholic. Further, it enables the Catholic in public life who supports aborting children to get away with murder. Nobody needs a college degree to discern the solution to this conundrum.

Involving a Vatican official in a question that has already been resolved by Cardinal Joseph Ratzinger—not to mention Scripture—just shows the true nature of what the bishops are doing. They are politicking, and Nancy Pelosi, for one, is loving it.

This is so because Cardinal Ladaria has aligned himself with those who really do not want to protect Christ from sacrilege but prefer the politically correct approach. As the Cardinal said: “It would be misleading if such a statement were to give the impression that abortion and euthanasia alone constitute the only grave matters of Catholic moral and social teaching that demand the fullest level of accountability on the part of Catholics.”

While we cannot imagine anything as grave as directly killing a baby prior to birth or killing a person who is suffering and/or dying, apparently the Vatican prelate can! This is a crying shame.

Fr. Stephen Imbarrato, pro-life activist and priest, certainly sees what we see. He recently posted this on Facebook:

Fr. Imbarrato has said, in very few words, what each Catholic should understand, be grateful for, and strive to reflect in their own words and actions.

Catholic writer Dawn Beutner joined in our quest for honesty, consistency, and truth among our shepherds writing: “As Catholics, we know that sacraments are ‘efficacious signs of grace, instituted by Christ and entrusted to the Church, by which divine life is dispensed to us’ (CCC, no. 1116). But the secular world sees sacraments as political tools to be used to gain power and money.”

Yes, the Catechism of the Catholic Church teaches that the sacraments are actions of the Holy Spirit, “masterworks of God,” and ever living and life-giving. But those who seek worldly status deny this by their actions.

Hypocrites like Pelosi and others who wallow in their feigned ignorance say things such as “I think I can use my own judgment on that.” What they are truly saying is that they prefer damnation to everlasting truth.

Pelosi, Biden, and others have pandered to evil and insulted the body of Christ for many years. Do the bishops and the Vatican really need to study this, or are they obligated to Christ Himself to say once and for all, “Choose! Unity or division, Christ or Satan!”?