The Religion of Planned Parenthood 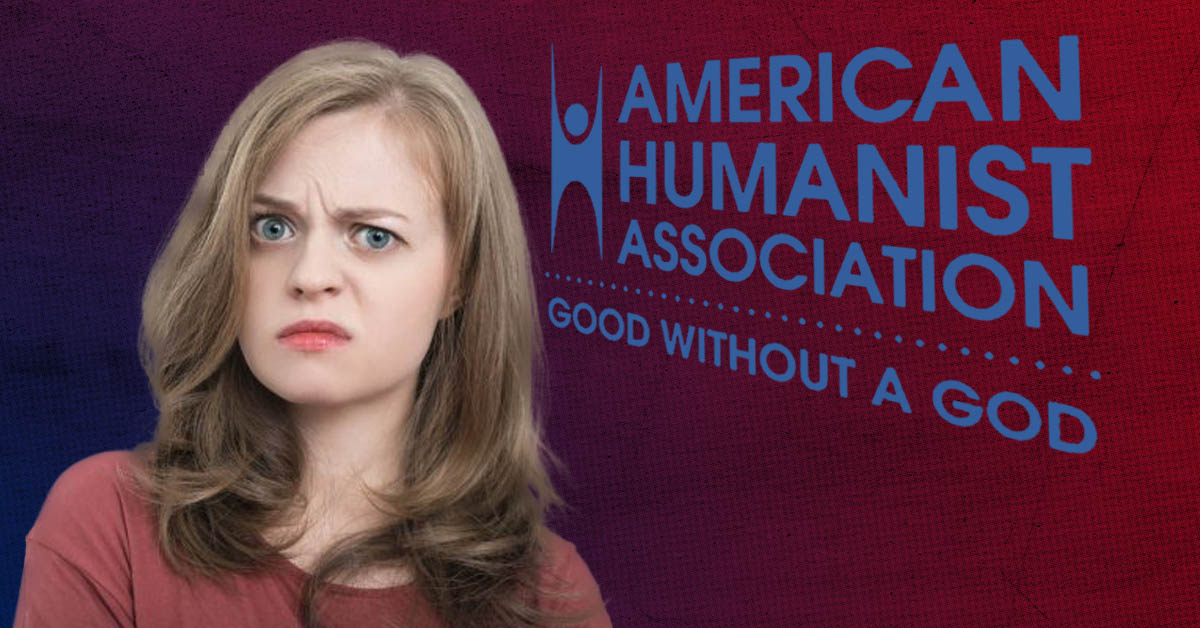 The Religion of Planned Parenthood

Part II of a two-part series. Read Part I here.

Although the three manifestos contain essentially the same ideas, we believe Humanist Manifesto II used the clearest language. Thus, we present to you excerpts (in all capital letters) from that document:

AS IN 1933, HUMANISTS STILL BELIEVE THAT TRADITIONAL THEISM, ESPECIALLY FAITH IN THE PRAYER-HEARING GOD, ASSUMED TO LOVE AND CARE FOR PERSONS, TO HEAR AND UNDERSTAND THEIR PRAYERS, AND TO BE ABLE TO DO SOMETHING ABOUT THEM, IS AN UNPROVED AND OUTMODED FAITH.

Thus, you can see that the humanists start out by denying the basic tenets of faith believed by most people in the world. They go on to list some principles which they want people to use as a foundation for action. Following are excerpts from these:

WE FIND INSUFFICIENT EVIDENCE FOR BELIEF IN THE EXISTENCE OF A SUPERNATURAL; IT IS EITHER MEANINGLESS OR IRRELEVANT TO THE QUESTION OF THE SURVIVAL AND FULFILLMENT OF THE HUMAN RACE.

WE CAN DISCOVER NO DIVINE PURPOSE OR PROVIDENCE FOR THE HUMAN SPECIES. WHILE THERE IS MUCH WE DO NOT KNOW, HUMANS ARE RESPONSIBLE FOR WHAT WE ARE OR WILL BECOME. NO DEITY WILL SAVE US; WE MUST SAVE OURSELVES.

You are probably surprised to know that there is no divine purpose in your life. Remember that humanists believe that “this is it” . . . there is nothing that comes after this life (what a sad way to live!). This is affirmed further as the document states:

PROMISES OF IMMORTAL SALVATION OR FEAR OF ETERNAL DAMNATION ARE BOTH ILLUSORY AND HARMFUL. THEY DISTRACT HUMANS FROM PRESENT CONCERNS, FROM SELF-ACTUALIZATION, AND FROM RECTIFYING SOCIAL INJUSTICES.

Many of today’s Planned Parenthood-designed comprehensive sexuality education programs include units in “value clarification.” If you wonder what the basis for such courses are, read further in the Humanist document:

WE AFFIRM THAT MORAL VALUES DERIVE THEIR SOURCE FROM HUMAN EXPERIENCE. ETHICS IS AUTONOMOUS AND SITUATIONAL, NEEDING NO THEOLOGICAL OR IDEOLOGICAL SANCTION.

WE STRIVE FOR THE GOOD LIFE HERE AND NOW.

REASON AND INTELLIGENCE ARE THE MOST EFFECTIVE INSTRUMENTS THAT HUMANKIND POSSESSES. THERE IS NO SUBSTITUTE: NEITHER FAITH NOR PASSION SUFFICES IN ITSELF.

Most Planned Parenthood programs contain warnings to kids that they should not be saddled with the “old fashioned” morals of their parents or others. Almost all “Family Life” programs insist that the teachers adhere to the philosophy that there are no right or wrong answers. This is stated by the Humanist as follows:

THE PRECIOUSNESS AND DIGNITY OF THE INDIVIDUAL PERSON IS A CENTRAL HUMANIST VALUE. INDIVIDUALS SHOULD BE ENCOURAGED TO REALIZE THEIR OWN CREATIVE TALENTS AND DESIRES. WE REJECT ALL RELIGIOUS, IDEOLOGICAL, OR MORAL CODES THAT DENIGRATE THE INDIVIDUAL, SUPPRESS FREEDOM, DULL INTELLECT, DEHUMANIZE PERSONALITY. WE BELIEVE IN MAXIMUM INDIVIDUAL AUTONOMY CONSONANT WITH SOCIAL RESPONSIBILITY. ALTHOUGH SCIENCE CAN ACCOUNT FOR THE CAUSES OF BEHAVIOR, THE POSSIBILITIES OF INDIVIDUAL FREEDOM OF CHOICE EXIST IN HUMAN LIFE AND SHOULD BE INCREASED.

Please note that nowhere do the humanists distinguish between an adult or a child. They apply their “maximum individual autonomy” philosophies to everyone. We can see this in action in Planned Parenthood’s insistence on confidentiality and the lack of parental notification.

Planned Parenthood founder Margaret Sanger saw her crusade of birth control as a religion. Many current Planned Parenthood supporters echo her sentiments. You will not be surprised, then, to find the next statement in the Humanist Manifesto:

IN THE AREA OF SEXUALITY, WE BELIEVE THAT INTOLERANT ATTITUDES, OFTEN CULTIVATED BY ORTHODOX RELIGIONS AND PURITANICAL CULTURES, UNDULY REPRESS SEXUAL CONDUCT. THE RIGHT TO BIRTH CONTROL, ABORTION, AND DIVORCE SHOULD BE RECOGNIZED.

SHORT OF HARMING OTHERS OR COMPELLING THEM TO DO LIKEWISE, INDIVIDUALS SHOULD BE PERMITTED TO EXPRESS SEXUAL PROCLIVITIES AND PURSUE THEIR LIFE-STYLES AS THEY DESIRE.

Claims of early opponents of legalized abortion that it would lead to euthanasia are certainly justified as we read on in this 1973 document of humanism:

TO ENHANCE FREEDOM AND DIGNITY THE INDIVIDUAL MUST EXPERIENCE A FULL RANGE OF CIVIL LIBERTIES IN ALL SOCIETIES. (THIS) INCLUDES A RECOGNITION OF AN INDIVIDUAL’S RIGHT TO DIE WITH DIGNITY, EUTHANASIA, AND THE RIGHT TO SUICIDE.

Many people wonder how sane persons can grossly misinterpret the Constitution in areas where the wording appears so clear. The Constitution states, for example, that “Congress shall make no laws respecting an establishment of religion or prohibiting the free exercise thereof…” Yet, this seemingly clear prohibition on the establishment of a national religion has been interpreted by many to mean an absolute separation of religion from the conduct of public business. Perhaps this can be seen in a new light as we look at the Humanist religious statement:

Thus, the Humanists cannot afford to have any traditional religious values get in the way of their own anti-God religion.

One of Planned Parenthood’s chief thrusts to justify their efforts is the “problem” of over-population in the world. Even though all serious experts agree that overpopulation of the world is NOT the problem (but the problem is rather an adequate distribution system for food and goods), Planned Parenthood continues to hold to this line. By now, you are probably not surprised to learn that the Humanist Manifesto has something to say on this:

THE PLANET EARTH MUST BE CONSIDERED A SINGLE ECOSYSTEM. ECOLOGICAL DAMAGE, RESOURCE DEPLETION, AND EXCESSIVE POPULATION GROWTH MUST BE CHECKED BY INTERNATIONAL CONCORD.

The Humanist’s preoccupation with birth control becomes increasingly clear when it appears, without much rationale, in the following statement in the document:

IT IS THE MORAL OBLIGATION OF THE DEVELOPED NATIONS TO PROVIDE -THROUGH AN INTERNATIONAL AUTHORITY THAT SAFEGUARDS HUMAN RIGHTS – MASSIVE TECHNICAL, AGRICULTURAL, MEDICAL, AND ECONOMIC ASSISTANCE, INCLUDING BIRTH CONTROL TECHNIQUES, TO THE DEVELOPING PORTIONS OF THE GLOBE.

After listing these specific goals and objectives, the document concludes with a call to the human community. Reaffirming its rejection of God, the conclusion includes the following:

AT THE PRESENT JUNCTURE OF HISTORY, COMMITMENT TO ALL HUMANKIND IS THE HIGHEST COMMITMENT OF WHICH WE ARE CAPABLE; IT TRANSCENDS THE NARROW ALLEGIANCES OF CHURCH, STATE, PARTY, CLASS, OR RACE IN MOVING TOWARD A WIDER VISION OF HUMAN POTENTIALITY. WHAT MORE DARING A GOAL FOR HUMANKIND THAN FOR EACH PERSON TO BECOME, IN IDEAL AS WELL AS PRACTICE, A CITIZEN OF A WORLD COMMUNITY.

You, of course, are truly pleased to learn that the “highest commitment of which we are capable” is not a commitment to Jesus Christ, Who suffered and died on the cross because He loved us so much. It is, instead, according to these Planned Parenthood humanists, a commitment to our fellow humans. We learned earlier in the document that, not only should we not commit ourselves to Christ, He can’t answer our prayers or help us in any way possible.

Planned Parenthood goes to great lengths to solicit the support of religious persons of all faiths. They cleverly adopt programs and get involved in social issues that will make them appear as a benevolent organization trying to help. We must always remember, however, that the true nature and intent of the organization can be found in the philosophies of its founder and in documents such as the Humanist Manifesto II. There has never been a claim that someone forced Alan Guttmacher to sign this document. It represents the true attitudes of Dr. Guttmacher, Margaret Sanger and all its leaders who have accepted awards from the American Humanist Association.

We would never claim, of course, that this is the attitude of every member of Planned Parenthood. Many members are probably unaware of the Humanist Manifesto II or of Dr. Guttmacher’s signing of the document.

Please pray for these people and send them copies of these pages so that they will be educated on the anti-God organization they support and invite into our schools and other programs.