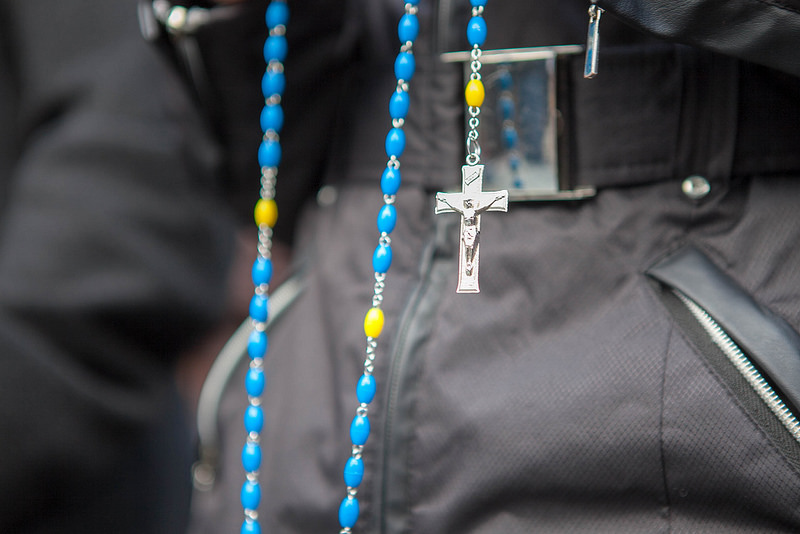 The pro-life movement has a secret weapon and it’s not what you think.

Christianity has a long history of miracles occurring in the most dire of circumstances. In 1571, the Christian world was in turmoil as the Turks of the Ottoman Empire made inroads into the European continent. They captured Christians and turned them into slaves—or tortured them in worse ways. As the Turkish fleet decimated the island of Cyprus and advanced toward the Italian peninsula, Pope Pius V knew he had to do something. With Protestantism spreading in Europe and the Turks invading from the east, Christendom was in grave danger.

The pope enlisted the help of Catholic leaders to form a new crusade to stop the Turks from ravaging Europe. Putting aside political conflicts, armies from Spain, Venice, and Genoa banded together to form a new army—the Holy League—with Don John of Austria at its head.

Pope Pius V viewed the threat of the Turks as much a spiritual battle as a physical battle. He called on faithful Catholics to pray the rosary. In the fleet of the Holy League, Don John prohibited blasphemy and urged all his men to fast for three days before setting out to fight the Turks. He gave each of his men a rosary to carry with him into the battle. Priests accompanied the fleet to hear confessions and offer Mass. The night before the battle, Don John gave the order for his men to pray the rosary and ask Our Lady’s intercession for a victory.

On the day of the battle, as the fleets of the opposing armies sailed toward each other, the winds suddenly shifted to the advantage of the Christian fleet. With the wind filling their sails, the Christian fleet attacked the Turks head-on. After five bloody hours of battle, the Christians emerged victorious. The Turks lost 30,000 men and all but 13 of their 300-ship fleet.

READ >>  No Baby Left Behind

Today, we face a similar situation as that of the Christians of Europe in 1571. Every day, over 3,000 preborn babies are brutally murdered through legalized abortion in the United States. Marriage and family are under attack. Politicians, courts, and governments no longer follow God’s laws.

The pro-life movement can learn three important lessons from the Battle of Lepanto:

Just as Our Lady’s intercession helped to win the Battle of Lepanto, it also works on behalf of the pro-life movement in saving babies from abortion. Throughout the many 40 Days for Life prayer vigils that have taken place over the past 10 years, over 13,000 babies have been saved.

2. Our Lady helps us shine light into dark places

An abortion clinic is where Mary is needed most—so that is where we need to ask for her intercession. Like the Holy League who asked for Mary’s intercession in Europe’s darkest hour, we must call on the mother of Our Lord for aid in ending the culture of death.

When pro-lifers take Our Lady into the darkest places of our world, miraculous things happen. This spring, pro-lifers in California took a missionary image of Our Lady of Guadalupe on a two-month long tour to every abortion facility in the state. Three weeks after the visit of the image of Our Lady of Guadalupe, one of the facilities announced that it was closing its doors after 42 years of killing.

Few people know that an image of Our Lady of Guadalupe was present at the Battle of Lepanto. The apparitions of Our Lady to Saint Juan Diego at Tepeyac Hill had only taken place a few decades earlier—in 1531. Because of the miracles surrounding the image, the archbishop had five copies made and sent around the world. One copy was eventually given to Admiral Andreas Doria, one of the commanders of the Holy League at Lepanto, who took the image of Our Lady on board his vessel during the battle. His ship was protected during a crucial point in the battle and the Christians gained victory that day.

3. We can’t leave the battle to save preborn babies up to politicians

When peaceful negotiations with the Turks failed, Pope Pius V turned to prayer—and to battle. We know we can’t rely on flawed politicians and a broken court system to end abortion in our country, but we can rely on God.

This October 7, take the opportunity to bring your family closer to Our Lady and Jesus through the recitation of the holy rosary. Here are eight ideas to get you started:

Live near Washington, DC? On Saturday, October 7, join other concerned Catholics for the National Rosary Rally at the US Capitol in Senate Park between Union Station and the US Capitol.

Retell the story of the Battle of Lepanto

Often kids think the rosary is boring or useless, so retell the story of what happened at Lepanto. Remind your children that with God all things are possible, even when things look bleak. Prompt your children to think of answered prayers in their own lives.

Pray the rosary together as a family

On the Feast of Our Lady of the Most Holy Rosary, make prayer time extra special. Decorate your family’s image or Our Lady with flowers. Use The Illuminated Rosary from Gracewatch Media to enhance your meditations on the life of Christ through classical artwork. Older children might enjoy praying a scriptural rosary which includes a Bible verse to read before each prayer of the rosary as a way of meditating on the life of Christ.

READ >>  'I Don't Want My Loved One to Suffer': Euthanasia and Suffering

Help your 3rd and 4th graders understand why we honor Mary with our lesson on the Blessed Mother. Urge your children to turn to Mary with all of their struggles and ask for her intercession, just like the Christians did at the Battle of Lepanto. Older children might enjoy learning about St. Maximilian Kolbe, a great saint who promoted devotion to Mary throughout his life.

Join a 40 Days for Life vigil

Right now, 375 40 Days for Life vigils are happening at abortion mills around the world. Join thousands of others in prayer and sign up to attend a vigil in your area at 40daysforlife.com.

Teach little ones about the rosary

Use our fun lesson Ladybug Warriors to introduce K-2 students to the concept of spiritual adoption. They also learn the story of the ladybug—how Our Lady sent little red beetles to answer the prayers of peasant farmers during the Middle Ages.

The Feast of Our Lady of the Most Holy Rosary is yet another excuse to make a cupcake rosary with one decade, five decades, or all 20 decades! Gather a few families together to pray the rosary and enjoy the cupcakes afterward as a treat!

Learn about the rosary

Read Champions of the Rosary: The History and Heroes of a Spiritual Weapon by Fr. Donald H. Calloway, MIC. This great book is filled with stories of Marian apparitions, the history of the rosary, miracles of the rosary, saints, art, and more!

This feast of Our Lady of the Most Holy Rosary, let the power of prayer inspire you. We cannot end abortion and the horrors of the culture of death without prayer. The most important pro-life lesson your children need to learn from the family rosary is that prayer has the power to transform hearts and souls for Christ—starting with our own hearts and souls.

Mary Kizior is the product development and marketing manager for the Culture of Life Studies Program. Her work has appeared on LifeSiteNews.com, Christ Is Our Hope magazine, Celebrate Life Magazine, Defend Life magazine, the Peanut Butter and Grace blog, and other blogs.