The Gift of Choosing

Home . Publications . The Gift of Choosing 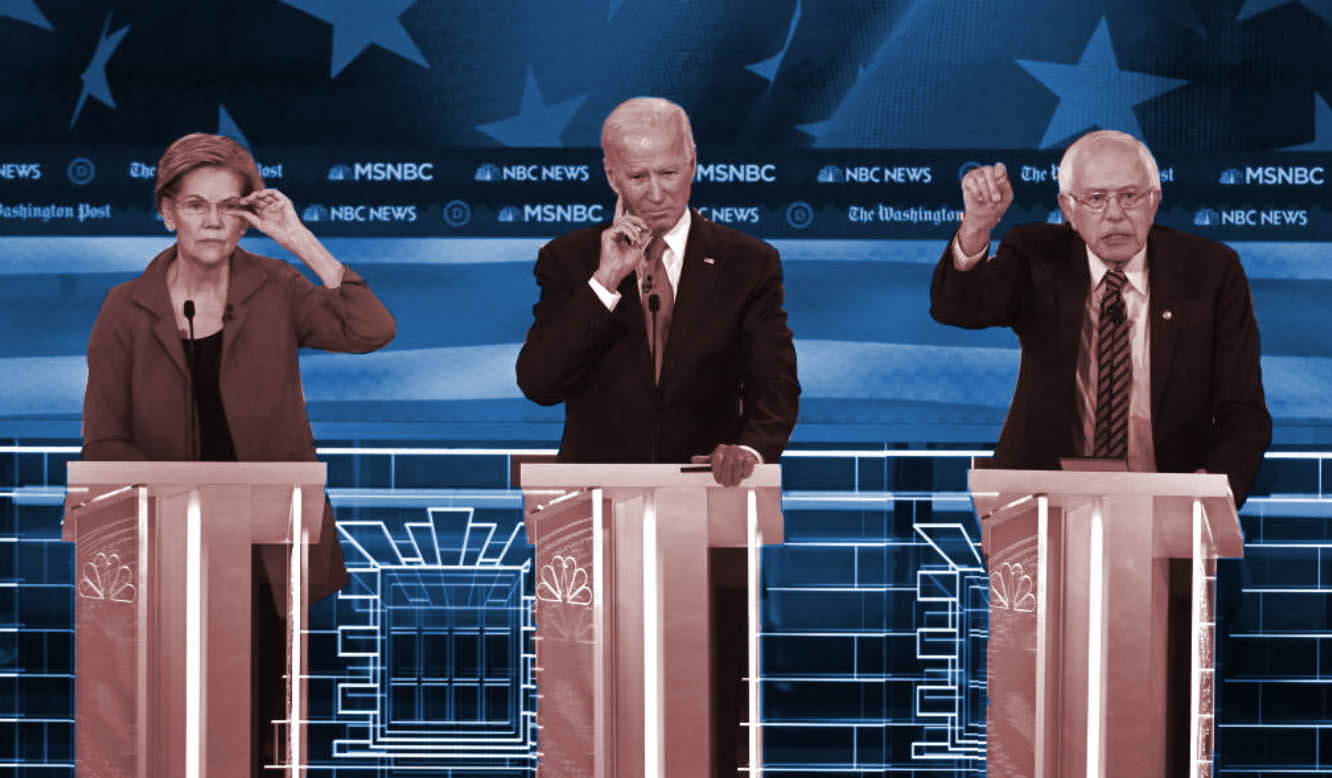 The Gift of Choosing

The Democratic presidential candidate debates last Friday night reflect the ongoing reality that the act of abortion is an issue to be bandied about as though it were nothing more than a word.

Catholic-in-name-only Joe Biden deceived the audience with the following fallacious statement: “Look, here’s the deal, a litmus test on abortion relates to a fundamental value in the Constitution. A woman does have a right to choose.”

Umm, sorry Joe, but there is no Constitutional protection for the right to choose to kill a human being even when that individual is not yet born.

But Biden was not the only candidate to fight for abortion rights. Each of them had, in one way or another, the ominous distinction of having sold their soul to the devil by embracing what they call the abortion “litmus test.”

Contrast the comments of these would-be leaders with those of eighth grader Mary-Clare Franco who wrote in an award-winning essay: “This past year my mom suffered three miscarriages in a row. Our family’s suffering fortunately was not in vain. Several different people, including relatives, doctors, nurses, and people working at the funeral home, saw the dignity and respect that everyone deserves, whether born or preborn.”

In her wisdom, Franco sets forth the stark contrast between those who embrace killing the innocent and those who love and respect life so very much that the loss of a baby for any reason is a wound to the heart that takes much time to heal.

The distinction between the two groups of people is called unselfish love. There is a commitment for those who love life to surrender to whatever pain or sacrifice is involved for the express purpose of protecting another from harm, including death by abortion.

READ >>  Cardinal Dolan, Where Are You?

One teen, Jessica Swygman, whose mother was put into the situation of either aborting her child or having the baby and giving her up for adoption, explains this phenomenon far better than I. She writes:

No medicine, drug, or drink can erase the magnitude of life and the instinct within a woman who experiences life inside her. If pro-abortion women deny themselves, like my mom did, and accept their cross—which really is a gift—and persevere through the doubt and fear that come with the journey, they would be so much happier as they fulfill what God has in store for them. Men, too, can do their part by being encouraging and supportive even if it changes their plans. If everyone started or even tried to follow Jesus’ simple command and accept responsibility for their actions, the world wouldn’t be so chaotic and negative as it is today.

Such wisdom comes from the depths of a heart in love with the gifts God bestows on each of us. The profound difference between these young women and those on the debate stage in New Hampshire is simple. These young women understand that nothing of value in life occurs without sacrifice; the debaters understand that ego is paramount, and nothing should stand in the way of self-gratification.

Mary-Clare Franco sums it up nicely:

Suffering can show others the dignity in each stage of every person’s life. Carrying your cross can help show different people that life is a gift and should be respected. My family chose to accept their cross faithfully, in the loss of our baby brother, and was an example to my mom’s relatives, doctors, nurses, and those who worked at the funeral home. My parents’ suffering will also hopefully create a better support system for other Catholics in our city who have lost a child through miscarriage or stillbirth. A culture of life accepts suffering and acknowledges the dignity of the human person. This involves carrying your cross voluntarily. Our cross was very heavy, but through it we gave an example to many people. This example is one way to help spread the culture of life to the world.

The cultural divide is before us at every turn; it is the choice of love versus hate. Each human being, if allowed to be born, is given the gift of choosing.