The Fractured States of America 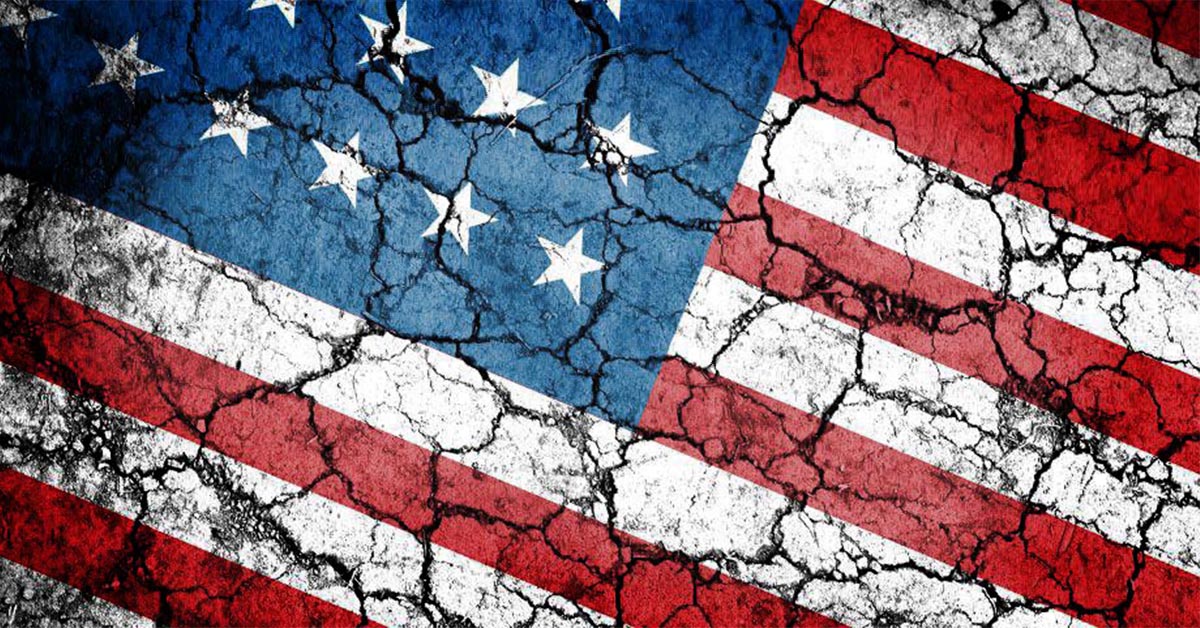 The Fractured States of America

Fracture: “a state of being broken”

The signs are everywhere, and the consistency of their symptoms is apparent: America is in need of a dose of the truth that only God in His mercy can provide. We say this after witnessing numerous instances of disinformation being parroted as news, after seeing opinion polls flaunted as excuses for supporting bad policy, and most egregiously, after witnessing entire classes of humans deemed unworthy of life merely because to do otherwise would be to impose discomfort on others.

A quick scan of recent events provides proof enough that our national quest for justice has run off the side of the road. Just take a look.

A recent conversation between Pastor Walter Hoye II, founder of Issues4Life, and Movement for a Better America’s founder Dennis Howard—a well-known expert on statistical data—should have received widespread media coverage. The topic of the interview and written announcement about it was entitled “Abortion’s ‘Echo Effect’ in Black America Is Loud and Clear.”

The statistical facts presented expose the racism inherent in the abortion cartel’s targeting of the black community, but lo and behold, there was silence in the mainstream media. Few heard about this report other than those of us who labor in the pro-life vineyard.

And then there is a report from The Epoch Times focused on the deleterious side effects of the birth control pill, including possible shrinkage of the pill user’s brain and increased anger and depression. Though every point covered in the report can be independently verified, mainstream media yawned.

So if we thought that organizations claiming to care about women were sincere, this absence of outrage over the harmful effects of the pill should prove that we were wrong. The ugly truth is that ending pregnancy or avoiding it is their real goal. Protecting women from damage or death is not.

Finally, an Institute for Family Studies report by Nicholas Eberstadt reveals that the global war on baby girls has arrived in America. What this means in plain English is that sex-selection abortions amidst at least some ethnic subgroups in America are causing an imbalance between female and male babies who are actually born alive. Eberstadt writes:

“Regardless of whether one identifies as pro-life or pro-choice, readers may be highly unsettled by these findings. Our figures suggest all but incontrovertibly that the ‘global war against baby girls’ has opened a front in the United States of America.”

Yes, sex selection abortions are real; they are not mythical. They have been going on for years. The Charlotte Lozier Institute calls such abortions “the real war on women,” and of that there is no doubt. But average folks don’t realize this because the mainstream media snoozes.

Such examples of the failures of our purveyors of issues that concern Americans would be bad enough if these very same marketers of deceit were not constantly finding new words to alienate the public from pro-life efforts. Imagine it!

The media writes about pro-life politicians being “idiots” when they set forth facts. They label pro-life Americans as being “anti-abortion rights,” and they certainly could not be bothered to report on a historical event like the president of the United States speaking in person at the March for Life.

READ >>  Planned Parenthood Is All about Dollars

It seems their disdain for truth, justice, and fairness has long ago dissolved in the black hole of hatred for the Lord, His truth, and His creation.

The abject failure of the media has contributed in an enormous way to this nation’s fractured perspective on respect for life. This is why it is so important for you and me and all people of good will to continue teaching, preaching, and insisting on the facts when it comes to deadly acts of abortion, contraception, infanticide, and euthanasia.

Doing so will not endear us to those who do the “news” reporting, but such words, actions, and writings can help others see and understand why respect for the dignity of every human being from creation to death is the only prescription available for healing the fractured states of America.