The ERA and Other Fictions

Home . Publications . The ERA and Other Fictions 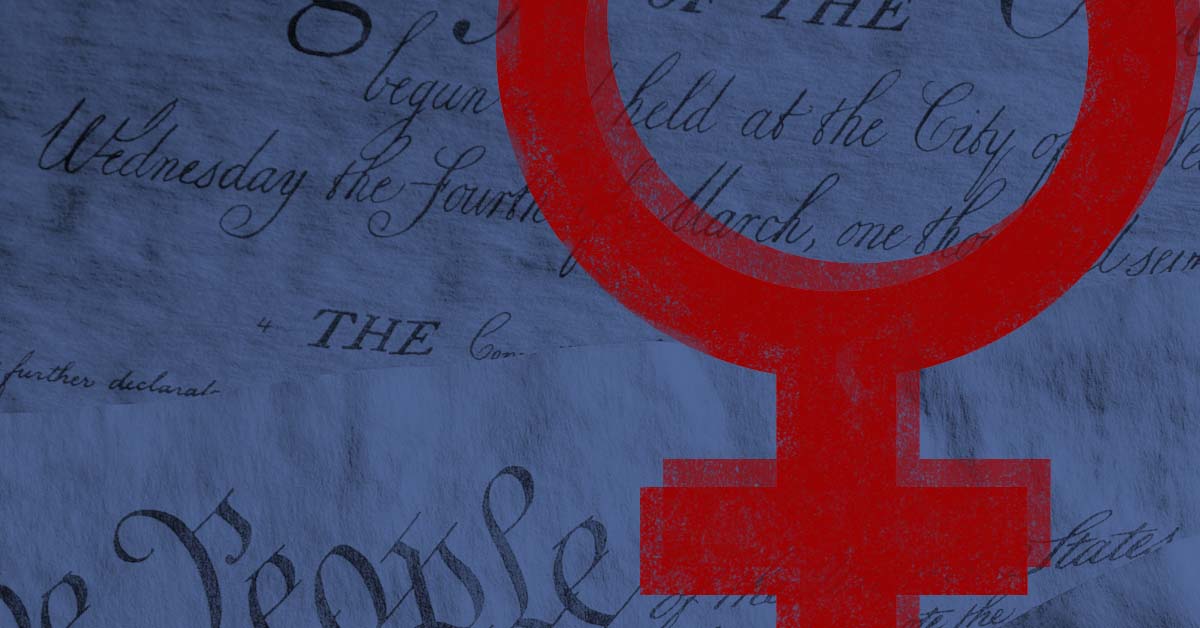 The ERA and Other Fictions

The resurgence of the ERA (equal rights amendment) has once again exposed the underbelly of scum often defined as political debate in some circles, apathy in others. In Virginia, the state legislature has proposed language that would enshrine abortion and all forms of so-called “personal reproductive autonomy” in the state’s constitution.

The language reads: “An individual’s right to personal reproductive autonomy is central to the enjoyment of life and liberty and shall not be denied or infringed upon unless justified by a compelling interest of the Commonwealth and achieved by the least restrictive means.”

In other words, the state legislature is considering a proposal that the founding document of the state should be altered. These politicians want to extend constitutional protections to an act that results in the death of an innocent family member so that another family member can “enjoy” her life.

We know that the American Center for Law and Justice is working to find out who is masterminding this push for the ERA in Virginia. All well and good, but not enough.

What is needed is an outcry from the residents of the state who are as concerned as we are that this proposed change would in effect memorialize the acceptance of child killing prior to birth as a privilege instead of a dastardly crime.

At the same time, Nancy Pelosi, Catholic pro-abortion Speaker of the House of Representatives, is being pressed to “pass a bill to extend the deadline retroactively, giving states until 2020 (or later) to ratify the ERA.” Clearly those in favor of this dangerous amendment are working on all sides to get their way, pushing their false narrative to anyone who will hear.

Yet the one group that could mobilize thousands to fight against the ERA deception—the United States Conference of Catholic Bishops—has remained eerily silent. It seems the bishops have nothing to say on this topic, and frankly, that is another sign that evil is having its way.

All the while, of course, other deceits are becoming embedded in the public consciousness as well.

Do you recall being told that abortion is safer than childbirth? Well, according to a newly released video, 100 women were hospitalized last year alone from those “safe” abortions.

Feminists tell us that women who abort their babies feel relief, not regret, yet one health research document gives us comprehensive evidence that post-abortion depression statistics tell a different story. Many women do get depressed, and in fact, take their own lives after abortion.

Furthermore, abortion is not the only reproductive health practice that causes depression. Another study tells us that adolescents and young women who use the pill are also suffering from bouts of depression.

The schemes used today to mislead the public; impose death on the preborn and the born; and manipulate politicians, policymakers, and even Church leaders are as cunning as the serpent in the garden. The one thing they all have in common is that they are farcical. There is no truth in them.

Our job is to teach that truth without apology. Remember: “Truth remains Truth, however, and is not subject to a vote. This can be a lonely premise to stand behind, but it’s still worth fighting for.”