Taking Off the Mask

Home . Publications . Taking Off the Mask 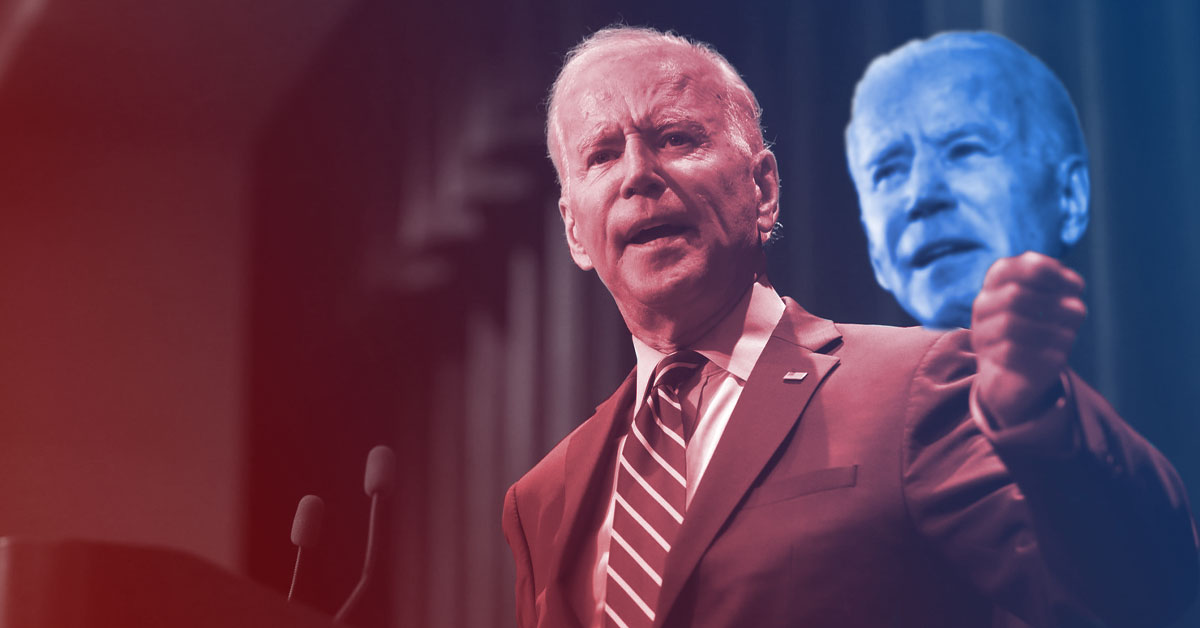 Taking Off the Mask

Pro-abortion Catholic Joe Biden spends a lot of time telling the citizens of our nation to wear a mask, even when he fails to do so. But behind his mask lurks an evil persona that typifies the politically savvy, bad Catholic today.

Some say that, because of the antics of pro-abortion Catholics like Biden, that is why the Catholic bishops have chosen to discuss Eucharistic coherence at their meeting this week. One editorial states: “It’s not the bishops who are forcing debate of this issue at the assembly. The problem has been generated by these wayward politicians’ obstinate refusal to reform their consciences and to repent of their support for the evil of abortion—a scourge that has been responsible for the deaths of more than 60 million innocent unborn babies in the half-century since abortion was legalized in the United States.”

But this perspective misses a vital truth that has been masked for decades. The truth is that, for Catholics and their leaders who protect Christ from sacrilege, protecting Christ is not an issue; it is a requirement that has long been ignored. The laws of the Church are not written so that bishops can pick and choose which ones to obey.

Saying something now seems hypocritical, if not downright silly for the bishops. And Lexington, Kentucky’s, Bishop Stowe has stated publicly that the document which the bishops will discuss—“The Mystery of the Eucharist in the Life of the Church”—is bland because it contains nothing objectionable. In other words, the document will not address why grievous offenses against Christ merit denial of the sacrament.

Talk about working hard to mask the truth! Can there be anything more hypocritical than that?

Well, apparently there are masks that hide the truth everywhere these days, especially when it comes to personhood.

For example, the US District Court for the Southern District of Ohio has recognized animals as legal persons for the first time in our nation! Mind you, the fact that a preborn child is a human being from his biological beginning has never been addressed by a court, but God forbid that hippos not get their day in court.

Masking the truth about the dignity of the human person has long been a standard deception in our nation, and it persists to this day. If this were not the case, babies, the elderly, and the extremely ill would be protected instead of ushered out of life with nebulous language and false compassion.

Recently, two doctors pointed this out in an article. Unmasking the facts about assisted suicide, they tell us: “To our knowledge, no law includes a mechanism for evaluating the authenticity of the patient’s autonomy just prior to their ingestion of the lethal drugs. Nor do the superficial assessments of decision-making capacity required under various PAS statutes address subtle, but important factors that can compromise genuine autonomy, such as the patient’s unconscious fears and fantasies.”

In other words, while doctors and others may tell a patient that he is free to make decisions on his own (autonomy), the fact is that physicians or family members can override such decisions and recommend death. It is as simple as that! But of course, when we mask the truth with personal opinions or alternative agendas, nobody’s life is really safe.

The bald truth, when unmasked, is that in our nation today those in charge of making policies are not aligned with biblical principle but rather ignore it in order to serve themselves and their views. This is why it is so important for us to never forget the words of our Savior, Jesus Christ: “If anyone wants to be a follower of mine, let him renounce himself and take up his cross and follow me. Anyone who wants to save his life will lose it; but anyone who loses his life for my sake will find it.”

Christ is Truth. Masking His word is evil. Never stop taking off the mask!