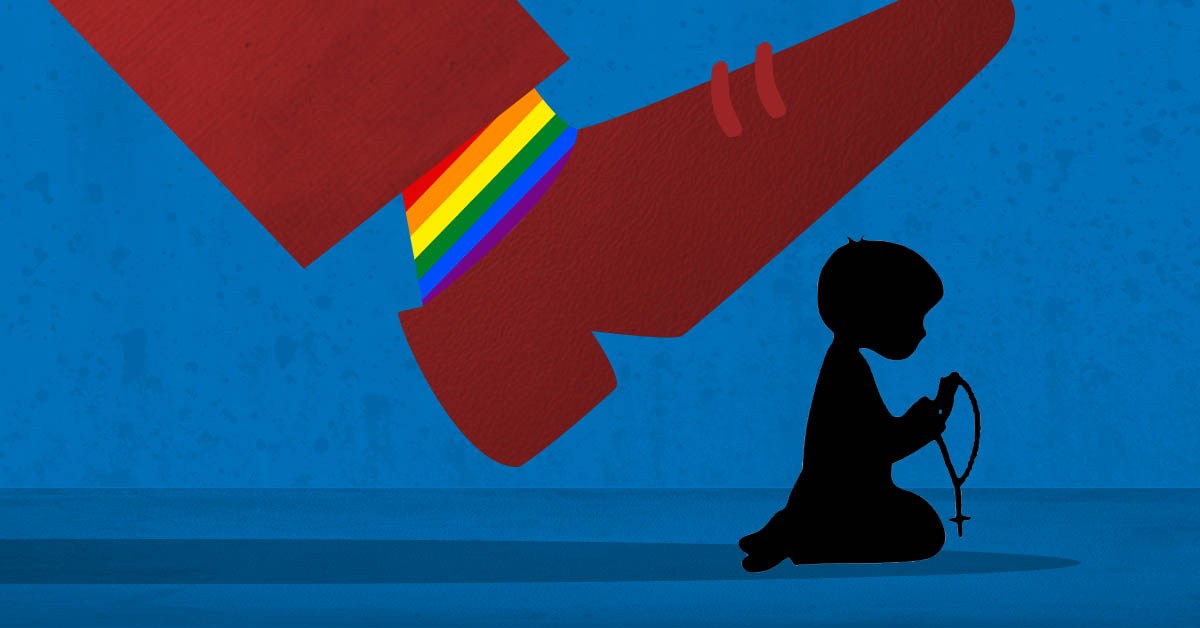 The first words of the Equality Act, recently passed by the US House of Representatives, tell of its purpose: “To prohibit discrimination on the basis of sex, gender identity, and sexual orientation, and for other purposes.”

What could possibly go wrong with a bill supported by people like House Speaker Nancy Pelosi and Senate Majority Leader Chuck Schumer? Well, frankly, everything.

According to Ryan Anderson, president of the Ethics and Public Policy Center: “The act ‘updates’ the law Congress passed primarily to combat ­racism, the Civil Rights Act of 1964, and adds sexual orientation and gender identity as protected classes akin to race.”

Yes, and Speaker Pelosi pointed out that we need to “take pride in our LGBT community.” But Pelosi does not advocate for all communities. If she did, she would not support acts that result in the deaths of babies prior to birth. That fact alone should give pause.

Surely that is part of the reason why the Charlotte Lozier Institute took a hard look at this proposed law and found it wanting, not only because it further enshrines abortion “rights” but because it tramples religious liberty into the ground. Its analysis finds that the “new abortion agenda reflected in the Equality Act will require a radical shift in longstanding government policy.” Not only that, but the proposal “treats religious believers as second-class citizens who must violate their fundamental moral convictions to serve the goals of the pro-abortion movement.”

In other words, equality as defined in this law does not mean respecting the laws of nature or the God-given rights of human beings. In fact, it may well be that if the Equality Act becomes law, those who defend preborn babies may find themselves in violation of draconian measures that literally shut down free speech when it comes to the truth about what abortion does to an innocent child.

Lest you think this ridiculous, consider the situation in New Mexico last month where some lawmakers referred to fetal models of preborn babies as “repulsive,” “shocking,” and “unsettling.” Still others have called the distribution of such models “obscene,” “disgusting,” and even “terrifying.” Why such disgust? Why so many strong words? Because they cannot stand the truth of what it is they support when they claim to be pro-choice!

No wonder abortion advocates support the Equality Act. Should it become law, nobody who exists prior to birth will ever be acknowledged as having equality in any circumstance. Furthermore, according to the United States Conference of Catholic Bishops “the Equality Act codifies the new ideology of ‘gender’ in federal law, dismissing sexual difference and falsely presenting ‘gender’ as only a social construct.”

Bishop Joseph Strickland has tweeted about the dangers of this act on many occasions, saying on February 26: “Let us use every means possible to make our voices heard regarding the Equality Act. It proposes laws which are contrary to faith and contrary to the truth that God has revealed to us. We must pray and speak up.”

Finally, these words perfectly describe not only the Equality Act but the current state of things in our nation: “George Orwell gave us the famous phrase that exposed the hypocrisy of totalitarian regimes: ‘Some pigs are more equal than others.’ He also gave us the term ‘newspeak’ to describe the perversion of language so that truth is replaced by a lie. We can see both of these at work in the so-called Equality Act (H.R. 5).”

Indeed, as pregnancy is being sold in New York, young girls are being told that abortion pills are “missed period pills,” and abortion clinic operators are managing the most disgusting practices on earth, it seems to us that our lawmakers should be protecting innocent human beings instead of supporting gender reassignment legislative proposals that reject the right to life and religious liberty.

It is long past time for us to pay very close attention to the prophetic words of St. Pius X: “In our time more than ever before, the chief strength of the wicked, lies in the cowardice and weakness of good men. . . . All the strength of Satan’s reign is due to the easy-going weakness of Catholics.”

That was said in 1908, and here we are, more than 200 years later and weaker than ever. Stand up and fight.