Saint Patrick, We Need You Now! 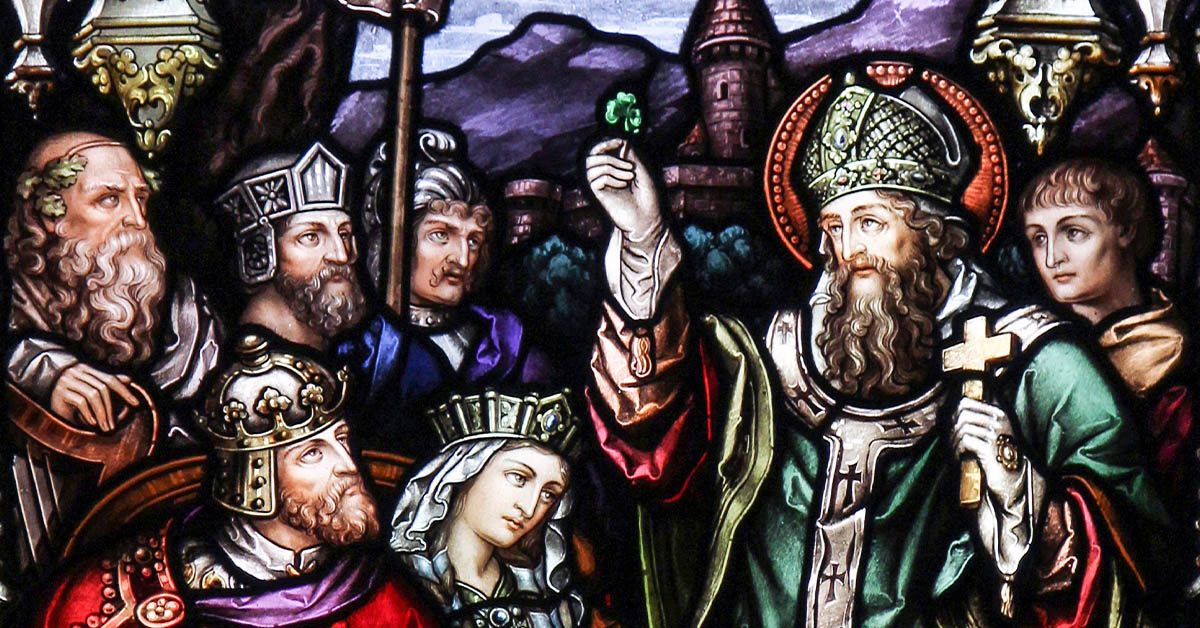 Saint Patrick, We Need You Now!

In the soon-to-be-released docudrama about Saint Patrick, apostle of Ireland, we learn from the executive producer, Gordon Robertson, that “Patrick brought the faith to a pagan, violent culture. His is a story of courage and perseverance. He shows us that with God, nothing is impossible.”

Those few words inspire pro-life Americans to believe that, with courage and perseverance, we can follow in Saint Patrick’s footsteps and drive the demon of abortion from our land. Should you think that is somehow an overly dramatic statement, I would caution you to review a few of the deadly things that the apostles of abortion have done lately. Their actions prove our point.

We recently witnessed Nancy Pelosi, the Catholic Speaker of the House of Representatives, attempt to use her power to provide one billion dollars for abortion in a piece of legislation designed to help care for victims of coronavirus and work on a vaccine. Too bad our Catholic bishops are too feckless to stand up and call this woman to account. Thank God others took the lead and stopped her.

In Alabama, the state legislature is attempting to pass a bill that would require a physician to “exercise reasonable care to preserve the life of a child born alive after an abortion.” Dr. Morissa Ladinsky, one of several physicians who opposes this bill, has said that such legislation removes hope from the lives of young people. She opines: “There isn’t precedent for it, and it’s opening a Pandora’s box that will be truly dangerous.”

A new video from digital media company Amaze is the latest pro-abortion creation. Amaze co-founder Tracie Q. Gilbert, PhD, talked to Ms. Magazine about the project, saying: “Abortion is a health practice like any other—one that affects at least one in four individuals with a uterus at some point in their lives.” And while the video What Is an Abortion? is described as “child-friendly,” we found the animated story revolting and certainly not preborn-baby friendly.

This four-minute video stars a purple blob who calls himself Sam and assures the viewer that, first of all—and apparently most important—“abortion is a very personal decision, and only the person who is pregnant can know what is best for them.” The blob never uses the word “baby,” nor does it use the word “mother.” The video producers obviously loathe actual facts but are devoted to propaganda.

Finally, we read about Charlotte Sullivan, an expectant mother who opted to abort her baby because she and her husband did not have maternity leave. The couple chose to end their pregnancy because not to kill the baby would have been financially risky.

She writes, “The female health bible Our Bodies, Ourselves talks about the importance of fostering a ‘climate of confidence’ around childbirth to ensure a woman is fully respected and comfortable throughout this natural process. After scrutinizing our finances, my husband and I decided that our situation did not embody the climate of confidence we agreed was necessary for us to be parents. And so we made the hardest decision of my life: to end the pregnancy.”

The sad truth is that folks like Pelosi, Ladinsky, Gilbert, and Sullivan have the public ear because the mainstream media has a vested interest in providing credibility to their stories even though the ideas they purvey mislead, deceive, and corrupt. In other words, their arguments propagate a pagan, violent perspective that is targeted at killing babies and numbing consciences.

So, we must take our lead from Saint Patrick who “brought the faith to a pagan, violent culture.” Let us go and do likewise. The babies are depending on us.

Take some time to learn about St. Patrick with your children. The Culture of Life Studies Program has a free lesson to make this feast day even more special!

Saint Patrick, pray for us!