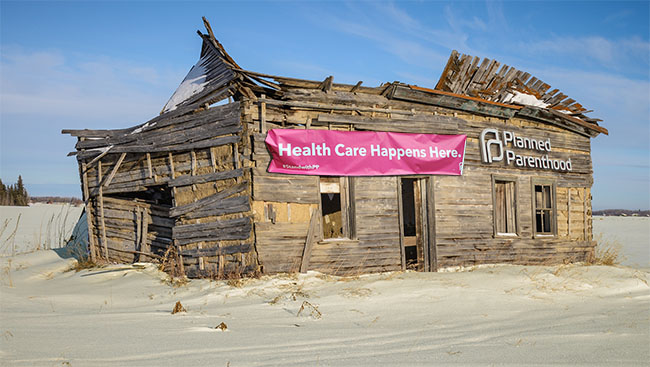 This is the last Wednesday STOPP Report of 2018. As we prepare for the coming year, I’d just like to briefly reflect on the past year in the fight against Planned Parenthood.

The good news is that Planned Parenthood, once again, closed more medical facilities than it opened this year. We have finished the data-gathering for our 2018 PP Facilities Report, and Planned Parenthood closed 11 facilities—one in each of 11 different states. It also opened three new facilities in communities where it did not have clinics in 2017. Full details will be available when we release the complete report in January 2019.

Earlier this month, we released our report on the compensation received by the chief executive officers of each of the 56 affiliates of Planned Parenthood and also included the compensation paid to the top dozen officials at Planned Parenthood Federation of America. The numbers reflect one reality—doing the devil’s work of killing preborn babies and corrupting our teenagers is a lucrative business. Satan is always generous to his followers—at least before they die.

As I write this, we are awaiting Planned Parenthood’s release of its 2017-2018 Annual Report. Typically, PP releases that report in the week between Christmas and New Year’s Day, hoping, we suspect, that the mainstream media will be in “holiday mode” and not pay too much attention to it.

There is one thing that is perfectly clear at this point: The politicians in Washington, DC, have no real desire to cut federal funding from Planned Parenthood. For the last 11 years, there has been hope among pro-life Americans that this could happen. But the will is not there. It appears that we still have not elected enough individuals who understand the totally evil nature of Planned Parenthood. It is not only the nation’s largest abortion chain—killing over 300,000 human beings each year at its abortion facilities and many millions more through its so-called contraceptives—but it proclaims itself as the largest provider of sexuality education in the nation. That sex education has just one purpose—to get our children involved in lives of sexual sin. Planned Parenthood doesn’t care about the fate of our children’s souls, but its sex ed programs sure pull in a great deal of money.

If you think I am a pessimist, remember that, as I write this, the United States government is in a partial shutdown. Why? Because the president believes so much in the need to protect this country by building a wall on our southern border that he is refusing to sign any continuing funding bill if it doesn’t have sufficient money for the wall. Wouldn’t it be great if the president and the rest of Congress believed this strongly about ending Planned Parenthood’s reign of terror?

One of the arguments put forward in favor of the wall is that many Americans will be killed by gang members and other criminals who come into the country illegally. Yet, the same politicians who use this argument simply turn a blind eye to the 880 Americans who die every day in Planned Parenthood-owned facilities. That’s six babies every five minutes dead at Planned Parenthood and no one thinks their lives are worth stopping the $1.5 million of taxpayer money every day that flows to Planned Parenthood.

Jim Sedlak is vice president of American Life League, founder of STOPP International, and host of a weekly talk show on the Radio Maria Network. He has been successfully fighting Planned Parenthood since 1985.