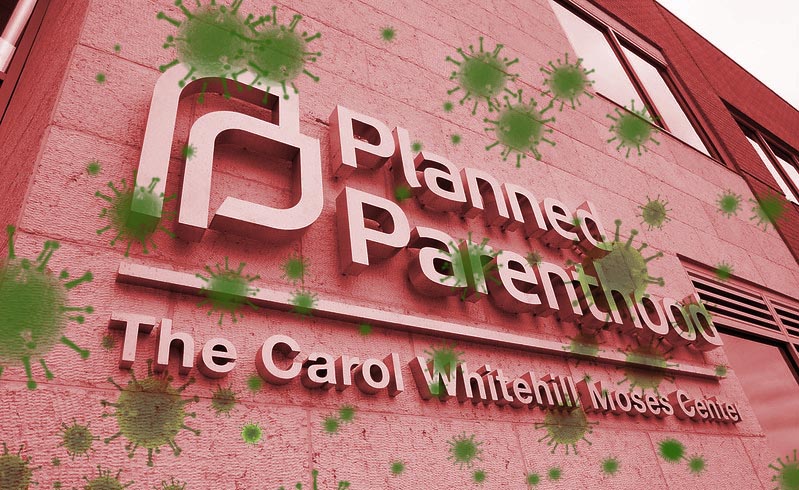 Reacting to the coronavirus, the US surgeon general has called on all medical facilities to immediately stop all elective surgeries. Among the reasons given by the surgeon general was that the protective gear used in elective surgeries would decrease the amount available to those fighting the virus, and doing the procedures could increase the spread of the virus in the facilities.

When Planned Parenthood responded that it considers abortion an “essential service” and would continue to do them, health officials in Ohio immediately sent a notice to Planned Parenthood in Ohio ordering PP to halt all abortions. As we are writing this, Planned Parenthood is still refusing to follow the lawful order to cease and desist. A similar situation is developing in Texas.

To illustrate the real danger that is involved in this situation, our friends at Operation Rescue published an article documenting that three abortionists (including two who kill babies at Planned Parenthood in Ann Arbor [MI] and Seattle [WA]) have self-quarantined because they have symptoms of the virus and are awaiting getting tested.

There is a real threat from the coronavirus. We do not yet know the extent of the threat or how long it will take to get it under control. The entire American society is going to great lengths to be overly cautious. Church services are canceled, schools are canceled, and sporting events and even whole seasons are being canceled. BUT, Planned Parenthood insists it MUST be allowed to kill babies!

Can you imagine this? At a time when our neighborhood restaurants, movie theaters, and hundreds of personal service stores face a real threat of going out of business, Planned Parenthood simply doesn’t care.

Here, in the United States, Planned Parenthood kills 947 babies every day at an average charge of $600 per abortion. That’s a daily income of $236,155. Is it any wonder that PP is fighting to keep its baby-killing business going?

As of Monday of this week, coronavirus deaths worldwide are reported to be at 16,000. Deaths in the United States were at 420. It is always dangerous to make comparisons, but the fact is that Planned Parenthood will take twice as many innocent human lives today than all the US deaths from the virus so far. Planned Parenthood in the United States will end the lives of 16,000 innocents every 17 days. That’s equal to the total number of worldwide deaths so far.

In case you think we’re being overly dramatic, there is one possible outcome from the virus scare that Planned Parenthood is worried about. You see, we are in a position where many couples are not able to go to work. They wind up both working from home, or in some cases, “shelter in place.” Americans have gone through these kinds of restrictions before. Whether it is from hurricanes, tornadoes, or power outages, many of us have lived through times when we were basically confined to our homes and apartments. The experienced, and predictable, result has been a “baby boom” nine months later. THAT is what scares Planned Parenthood.

READ >>  Planned Parenthood Defunding: Let's Teach the Ladies How to Be Ladylike

The bottom line is that Planned Parenthood does not like babies. Planned Parenthood in Minnesota once described babies as “loud, smelly and expensive, unless you want one.” Planned Parenthood is a self-described Humanist organization that believes there may or may not be a God, but it is irrelevant. God has no effect here on earth. There is no heaven or hell. They strive for the good life here and now.

We see babies as gifts from God. Planned Parenthood sees babies as something to get rid of.

American Life League has been fighting Planned Parenthood since 1979. ALL’s STOPP International program has been leading the fight since 1985. As we all pray and work during this current coronavirus crisis, our resolve to fight Planned Parenthood has grown even more urgent—if that is possible. The stark reality of Planned Parenthood’s insistence that nothing should ever get in the way of it killing God’s creations has never been clearer.

American Life League is a cosponsor of the ProtestPP website, and we are asking all who read this article to contact your state governors and demand that all abortion facilities be ordered to shut down immediately. You can find details here.

The fight against Planned Parenthood is on its way to new heights. We invite everyone to hop on board. It is going to be a glorious God-given victory!

Jim Sedlak is executive director of American Life League, founder of STOPP International, and host of a talk-radio program on the Radio Maria Network. He has been successfully fighting Planned Parenthood since 1985.