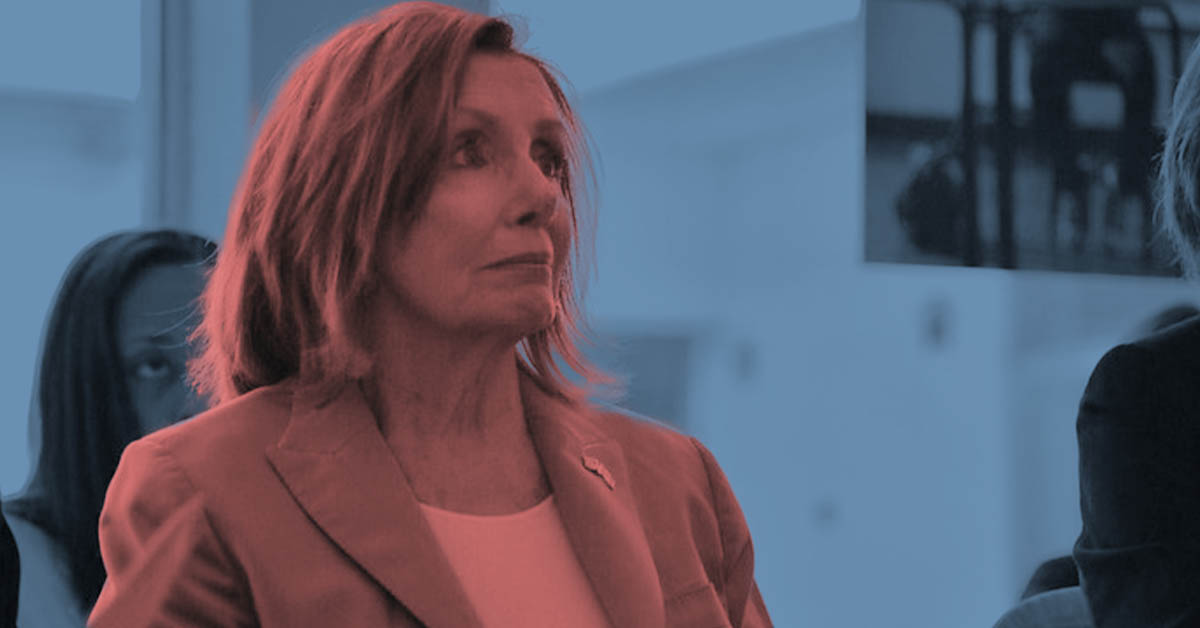 Speaker of the House Nancy Pelosi’s most vulnerable point is her inability to recognize truth—the truth that does not change.

This is why we describe her as one of the most infamous pro-abortion Catholic-in-name-only leaders in our nation. Her offenses to the dignity of the innocent human person are legion.

Pelosi never met a truth she could not twist to suit her political purposes, even when that manipulation jeopardizes her soul. When she spoke last year to the attendees at a national abortion rights banquet, she told her audience that efforts to ban or limit abortion “ignore basic morality.” Indeed, she has fervently defended the 1973 Supreme Court abortion decisions and has said that any threat to those decisions by current or future Supreme Court justices puts a woman’s right to choose “at risk.”

For Pelosi, choosing death is good for family life. Another blatant flaw in her thought process.

In addition, she unsuccessfully attempted to bury funding for abortion in the first stimulus bill that was designed to help those hit hardest by the coronavirus shutdown. While claiming she was working to put families first, her focus on abortion is not only the antithesis of what it means to defend the family from harm, but it could have been a deadly use of our taxpayer dollars.

And most recently Pelosi argued that any effort to provide an exemption to groups like Little Sisters of the Poor so that their employment insurance programs would not be forced to pay for contraception is “despicable”!

Pelosi’s disdain for Catholic teaching and those who represent Christ and His Church is so obvious that only a fool could deny it.

So why is it that Pelosi continues to claim that she is a “devout Catholic” while arguing for practices that kill preborn babies, damage families, destroy motherhood, and cripple the consciences of those who believe her?

Because she believes in the culture-of-death agenda and knows, after all these years, that Catholic bishops may make a statement about her crass indifference to Christ but will not act to publicly deny her access to the body of Christ.

The bishops apparently revere political power more than the power of Christ in the Eucharist. If only Pelosi, as well as the bishops, emulated St. Thomas More, whom the Vatican described as heroic. According to the Vatican, “Though subjected to various forms of psychological pressure, Saint Thomas More refused to compromise, never forsaking the ‘constant fidelity to legitimate authority and institutions’ which distinguished him; he taught by his life and his death that ‘man cannot be separated from God, nor politics from morality.’”

What a shame that Pelosi has not learned that lesson. And what a greater tragedy it is that the United States Conference of Catholic Bishops—individually and as a body—has failed to teach it.

This problem of political correctness has infected not only the likes of Pelosi and her fellow pro-death Catholics but, sadly, the bishops themselves. Perhaps this is why Archbishop Fulton J. Sheen told the Knights of Columbus in 1972:

Who is going to save our Church? Not our bishops, not our priests and religious. It is up to you, the people. You have the minds, the eyes, the ears to save the Church. Your mission is to see that your priests act like priests, your bishops, like bishops, and your religious act like religious.

We are saddened that Pelosi is the USCCB’s Achilles’ heel, and we pray for the day when, like St. Thomas More, the American Catholic bishops act together as a body to tell the world that “man cannot be separated from God, nor politics from morality.”