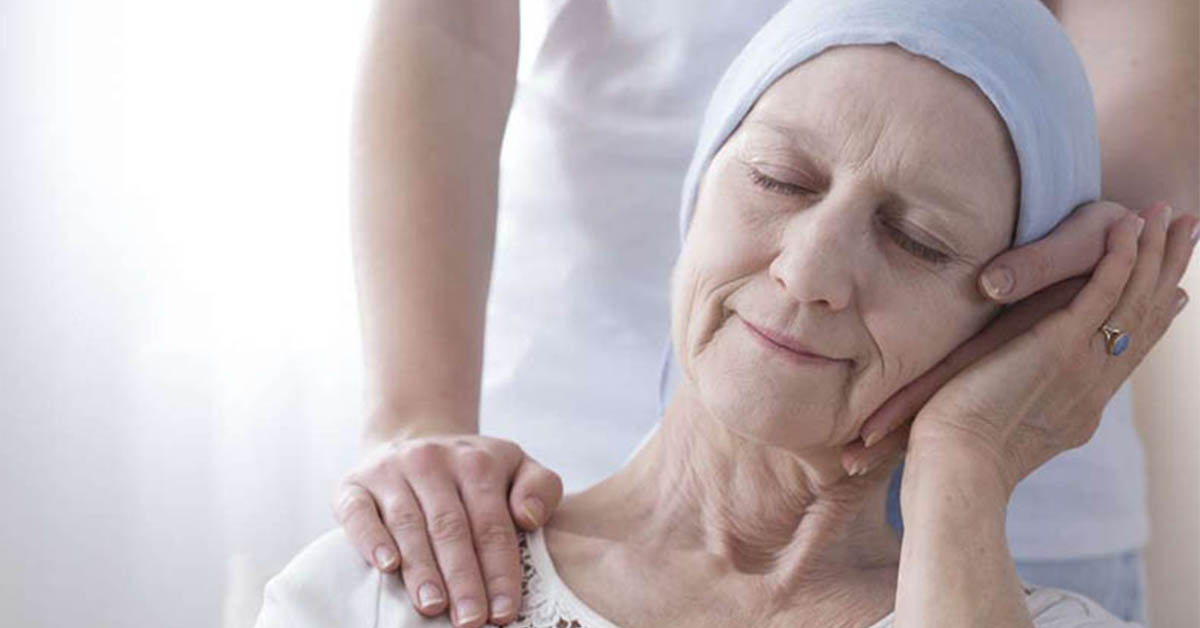 On December 12, 2019, a dangerous bill was halted in the US Senate Committee on Health, Education, Labor and Pensions due to “last-minute concerns.” This was a hard-won victory for life!

The Palliative Care and Hospice Education and Training Act, which had already been approved by the House of Representatives, would have used millions in taxpayer dollars to fund the expansion and promotion of palliative care and hospice without the reforms needed to protect vulnerable patients.1

Thanks to the grassroots campaign spearheaded by the Euthanasia Prevention Coalition USA, numerous organizations—including HALO—alerted their members. This call to action moved citizens across the country to contact key senators, urging them to oppose the PCHETA. Our many voices combined got their attention!

Ideally, palliative care is a medical specialty focused on assessment and treatment of pain and other distressing symptoms of serious illness while never intending to hasten death. This concept is good. Palliative care in practice, however, is often not as advertised.

Hospice, a palliative care program, is plagued by Medicare fraud, poor quality care, and imposed (intentionally caused) deaths. This frightening fact is attested to by the eyewitness accounts of distressed families and healthcare providers and confirmed in three scathing reports issued by the Health and Human Services Office of Inspector General.2

The PCHETA would have expanded the reach of palliative care by funding permanent palliative care faculty, training, and education facilities —some of which were put in place by George Soros-backed organizations that promote euthanasia and assisted suicide!3 This bill also would have funded the “selling” of dangerous palliative care to patients and their physicians. Listen carefully to many PCHETA advocates and you will realize that their aim is cost-cutting by cutting short the lives of seriously and chronically ill, elderly, and disabled people. Dead people don’t cost the healthcare system anything.

A typical report that HALO receives from grieving family members is that their loved one, who had been alert and not complaining of pain, was administered increasingly frequent and larger doses of pain medications and sedatives to the point where he would sleep all the time and could not eat or drink. Some reported that patients were also denied their usual medications to control blood pressure, diabetes, etc. This is called “stealth euthanasia”—the intentional termination of a patient’s life while pretending to provide appropriate “comfort measures.”

Opposition to legislation that promotes palliative care is NOT opposition to appropriate pain management and care for the seriously ill. We simply believe legislators should be concerned with identifying and eliminating dangerous palliative care, not promoting it.

Physicians certified in hospice and palliative medicine are trained to treat patients’ distressing symptoms and the side effects of medical treatment, as well as to help families cope during a loved one’s illness. When palliative care is provided by medical professionals who respect life, it is a blessing. However, authentic life-affirming palliative care is becoming harder and harder to find.

The PCHETA remains in committee and will most likely be resurrected in the future. We must remain vigilant, educate ourselves, and warn others. You may wish to share the following letter that I (Ioana) sent to senators. (We provide definitions of terms used in this letter at the end.)

I am writing to ask you to oppose S. 2080—the Palliative Care and Hospice Education and Training Act—and its House counterpart, H.R. 647. I am a critical care nurse whose employment was terminated unjustly—after 12 years of working for the same company—because I advocated for my patients. Below are some of my stories.

About three months ago, I was pressured by the palliative care nurse and the hospice representative to administer multiple intravenous medications that hastened the death of my patient. The 66-year-old male patient, who had been admitted to the hospital three to four days prior for respiratory failure and other chronic diseases, had advanced to multi-organ failure due to the medical team’s decision to withhold treatment. Once the Comfort Measures protocol was initiated, I was pressed to act quickly. Within a little more than an hour, I was asked to give three potent medications with the purpose of ending the life of my patient for his perceived suffering.

Lately, almost every other patient in the intensive care unit is placed on Terminal Sedation. The protocol is started shortly after admission to maximize profitability (i.e., to cut costs). Patients’ treatments are withheld, which many times is hidden from their families.

In another case, near the beginning of 2019, I had to advocate for a female patient whose condition was declining due to lack of treatment. Subsequently, the intensive care physician (intensivist) placed her on Terminal Sedation against her will. The patient had been readmitted from a skilled nursing facility with recurrent pneumonia and other chronic diseases. (Hospitals do not get reimbursed by Medicare for readmissions, so they prefer to place patients on Comfort Measures to maximize profitability.)

When I received the patient from the night nurse, she was on a high dose opioid via intravenous infusion. Her adult son was at the bedside. He shared with me that, every time his mother was admitted to the hospital, there was an attempt to start Comfort Measures. He told me, “This time they did not let me say no.” The patient was still responsive, so I asked her if she wished to live. She nodded “YES.” I asked if she was in pain. She shook her head “NO.” I asked if she wanted the opioid drip to be discontinued. “YES.” I called the intensivist and informed him of the patient’s wishes. He came and spoke to the patient and her son. Shortly after, he discontinued the opioid infusion and finally ordered an antibiotic for the patient’s pneumonia. The physician confronted me privately and asked, “Do you know how much money this antibiotic costs?”

Last summer, in July 2019, I cared for a male patient who had suffered from gastrointestinal bleeding for two days in a row. He was alert and oriented. He had refused Do Not Resuscitate and Comfort Measures orders. He wished to live and return to his family. Nevertheless, no treatment was initiated for his condition by the intensivist. The patient and his family were under the impression that appropriate treatment was being provided.

The following day, the patient started to decompensate. He became short of breath, cyanotic, and hypotensive. I notified the intensivist, who came to see the patient. He stated that the patient was “very sick,” but initiated no treatment. The patient had only a peripheral intravenous access. Though I asked for a central line, oxygen orders, etc., I received no orders. I informed the charge nurse, but she was not concerned. My patient was dying and there was no sense of urgency. I informed the charge nurse that I planned to go “up the chain of command.” She told the intensivist what I had said. Only after I initiated the chain of command process did the intensivist insert a central line. A Code Blue was called within minutes. The patient was resuscitated, and treatment finally started, but it was too late. The patient passed away a day later.

I have witnessed many cases in which hospital physicians decided the fates of patients they deemed “a waste of resources” or “lives not worth living.” Families trust doctors, but this trust is frequently betrayed.

So many lives nowadays are being ended under Comfort Measures and Terminal Sedation protocols—tools of the palliative care trade. Healthcare providers, patients, and families are being given end-of-life education and told that it’s “okay to use opioids and other potent medications at the end of life. It’s not the medications that kill, it’s the disease.”

However, it is clear that medical professionals are using strong medications to hasten deaths. This is an atrocity and an assault on medical ethics. In the Holocaust, people who were ill, frail, and vulnerable were made to believe they were going to a nice place, then led to the gas chambers. This is the equivalent of what I am witnessing today. Palliative care patients are fed sugar-coated lies while being led to their hastened deaths.

We have a moral obligation to stand up against this horror before it’s too late. If you wish to help end the culture of death in the healthcare system and defend the sanctity of life, I strongly urge you to OPPOSE the PCHETA.

Palliative care, as currently practiced, is often a dangerous pathway to imposed death for people who may otherwise have precious weeks, months, or even years to live. Write or call your US senators and representatives. Impress on them the urgent need to reform palliative care, hospice, and our entire healthcare system. Failure to institute reforms that safeguard the lives of all patients—regardless of their physical or mental condition—is unthinkable. Ignoring this healthcare crisis can only result in increasing numbers of people—people YOU care about—being harmed and killed.

Central line: A tube placed in a large vein in the neck, chest, groin, or arm to give fluids, blood, or medications or to do medical tests quickly, which is particularly important in intensive care.

Comfort Measures: A term often used to mean the administration of increasingly frequent and larger dosages of powerful pain medications while providing no life-sustaining or life-saving care and treatment.

Cyanotic: The skin and/or mucous membranes have a blue or purple color due to a lack of oxygen.

Decompensate: The inability of an organ or system (e.g., the circulatory system) to continue to adequately function.

Peripheral intravenous access: A catheter inserted in the vein that allows for safe administration of medications, fluids, etc.

Terminal Sedation: Large doses of sedatives are administered to render and keep a patient unconscious until death.

For more information about healthcare issues and to learn about being a voice for vulnerable patients, visit halovoice.org.

This article, and others like it, can be found at clmagazine.org/topic/end-of-life/palliative-care-a-pathway-to-imposed-death.

Julie Grimstad serves as president of the Healthcare Advocacy and Leadership Organization. A nationally known speaker and writer, she addresses many aspects of medical decision-making and patient advocacy. She has served as a volunteer patient advocate since 1985.

Ioana Caranica has been a critical care nurse since 2006. She takes patient advocacy very seriously and works hard to help her patients and their families as they struggle with sickness and injuries. She is heavily involved in pro-life work, prays in front of Planned Parenthood, and volunteers for HALO. Ioana is married and has three adult children.