Over 400 Years and Counting!

Home . Publications . Over 400 Years and Counting! 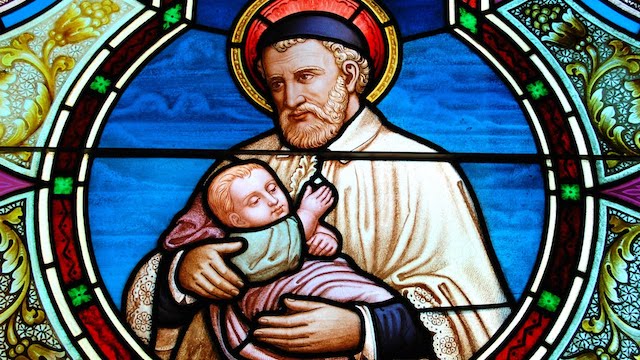 Over 400 Years and Counting!

“Whoever cares for the poor lends to the Lord, who will pay back the sum in full.” – Proverbs 19:17

September 27 is the feast day of St. Vincent de Paul. According to Catholic Online: “He infused a ‘Christian spirit among more than 20,000 persons in his last 23 years.’”

Talk about building a culture of life and changing hearts and minds!

Because of his devotion to and work with the poor, St. Vincent de Paul is often called the Father of the Poor. Though he tended to be “irascible” at times, he claimed that it was God’s mercy that helped him become the kind, generous, and compassionate man he was—and the man whose enduring spirit and legacy have lasted for nearly half a millennia.

Born in 1581 to a poor family in France, Vincent was an extremely bright child who excelled academically. At a young age, he began to tutor for a wealthy family. The money he earned allowed him to go to college to study theology. Vincent felt called to be a priest and was ordained in 1600.

In 1605, he was captured while on a ship and sold as a slave. He escaped after two years and eventually wound up at a parish outside of Paris, where he was put in charge of distributing money to the poor.

From that point on, Vincent knew that his mission in life would be to serve the poor. The need was so great that Vincent couldn’t do it all himself, so he founded the Ladies of Charity—lay women to assist in his mission—and the Vincentians, a congregation of priests. Both of these organizations still exist today.

In addition to his work with the poor, he built hospitals and worked with convicts. Vincent was a strong leader who also helped reform the Church in France during a time when many priests were giving in to earthly vice.

The amount of people helped by St. Vincent and by people who still follow in his footsteps today is incalculable. Our world is a much better place because of the example he set.

Though most of us do not have the ability to reach as many people as St. Vincent did, we are all called to be charitable toward others and to take care of our brothers and sisters in Christ—especially the preborn, the elderly, the sick, and the disabled. This could include the elderly widow who lives on your block, the children in your local Ronald McDonald House, the preborn babies in danger of abortion, the homeless in your town, or the single mother who needs a little help now and then as she raises her children.

In these people, we must look for the face of Christ and remember that He told us that whatever we do to others, we also do to Him. As His children, we are called to see the dignity and goodness in all people, even when it might be uncomfortable.

Doing good works is vital to not only those who need help, but also to our well-being and to the well-being of our children. Remember that children emulate what they see. Let them see you living your faith, caring for others, and giving voice to those who cannot speak for themselves. Let them see you finding joy in doing good for others. Help them learn to find this joy as they too begin to do good for others.

Building a culture of life starts with each one of us—person by person, good deed by good deed.

Remember that we are all poor in one way or another. The only way to truly become rich is to serve others.

Visit the Culture of Life Studies Program’s store for pro-life lessons for your pre-K-12 graders!