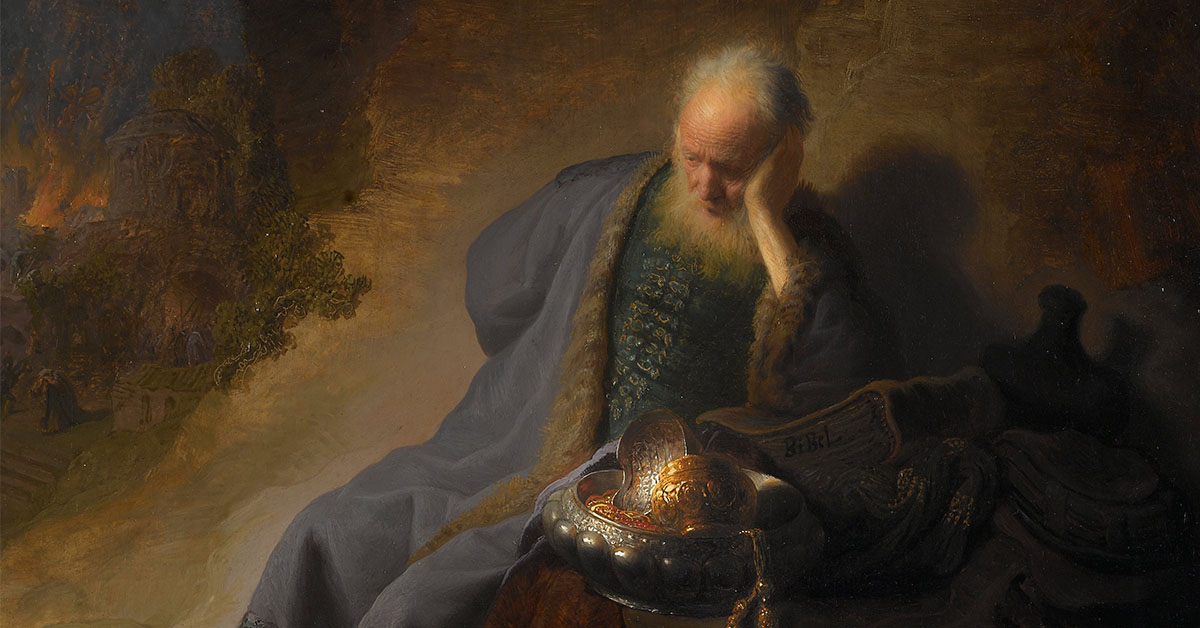 Jeremiad: “a prolonged lamentation or complaint”

In the context of Jeremiah’s repeated requests to the people of Israel that they repent, the word “jeremiad” cannot really be described as a complaint, but rather a plea. In an inspiring homily that Fr. Steve Grunow delivered during the Word on Fire Mass for Saturday, March 28, 2020, he explained that Jeremiah’s warning to the Israelites to come to God in their time of distress rather than following the ways of the world struck me as totally relevant to our current age. You see, when the Israelites turned away from God and refused to listen to the truths preached according to God’s word, they and their entire nation were laid to waste.

Jeremiah offered the people hope. But the Israelites were a stiff-necked people who preferred the ways of the world to the embrace of God the Father.

By the same token, as we look around at our national condition today, we see the same kind of rebuke toward God and His laws. Our nation is killing millions of innocent preborn babies, and the scourge of discrimination against the sick, elderly, and disabled is upon us.

The situation is bleak, and facts from the United Kingdom and Italy bear out the tragic reality of selective death among the sick. Sufficient medical treatment and care for all are no longer possible due to the pandemic. The New York Times reports: “If cases of the deadly coronavirus surge is anything like the numbers some experts have predicted, doctors say they would have to consider denying lifesaving care to the frailest patients to prioritize those with better chances of surviving.”

Another report echoes this, saying that a shortage of ventilators and hospital staff could lead to rationing and difficult decisions about which patients to save.

Such reports are a reminder that during times of crisis bad things can happen if individual people created in the image and likeness of God forget or ignore the truth that God will never abandon us. But man in his weakness is capable of the worst atrocities. The abortion of millions of innocent babies has taught us this lesson already.

Our lives have recently changed dramatically, but even on the worst of days each of us should never lose sight of the fundamental truth. Our task of teaching and preaching the language of respect for human dignity and justice for the marginalized among us from the preborn to the aging and the dying is more important now than ever before.

And like Jeremiah, we may well be viewed as complainers or broken records who never hush, but regardless, we press on.

St. John Paul II, who suffered greatly during the last years of his life, wrote:  “Christ suffers voluntarily and suffers innocently.” Christ, innocent of all sin but a man like you and me, suffered ignominy and death for our sins, and He did so though He Himself was without sin.

What can we do right now—today—to make this message of supreme love and sacrifice better known in this world overcome with illness of body and soul?

The eclipse of the sense of God and of man inevitably leads to a practical materialism, which breeds individualism, utilitarianism and hedonism. Here too we see the permanent validity of the words of the Apostle: “And since they did not see fit to acknowledge God, God gave them up to a base mind and to improper conduct” (Rom 1:28). The values of being are replaced by those of having. The only goal which counts is the pursuit of one’s own material well-being. The so-called “quality of life” is interpreted primarily or exclusively as economic efficiency, inordinate consumerism, physical beauty and pleasure, to the neglect of the more profound dimensions . . . of existence.

In this current climate, may our pro-life jeremiad ring louder and longer with the passing of each day.