None Dare Call It Bribery! 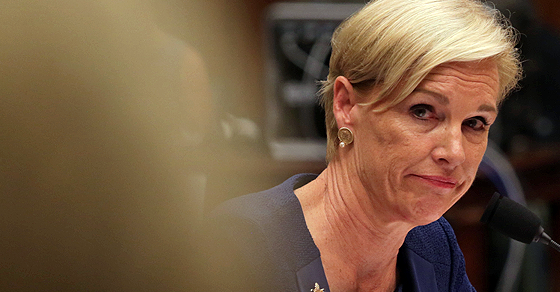 None Dare Call It Bribery!

Cecile Richards heads an organization that is a government contractor. It has contracts with both the federal and state governments that provide it with over $500 million in annual income. Now she is worried about the future because those in influence have asked the various government agencies to give these contracts to her competitors. Some are even showing that her competitors will do a better job at delivering the contracted services.

Cecile’s board of directors must decide how to protect its business, so the members settled on a solution. It’s the same solution many business leaders in the past have implemented. The organization will bribe elected officials to vote to keep its contracts in place.

Of course, bribery is not normally accepted by the general public as a good business practice. In fact, it is illegal. Bribery is defined by West’s Encyclopedia of American Law, edition 2 (2008), as, “the offering, giving, receiving, or soliciting of something of value for the purpose of influencing the action of an official in the discharge of his or her public or legal duties.”

Despite the fact that giving government officials something they perceive as valuable in exchange for continued government contracts is illegal, Cecile’s organization, Planned Parenthood, announced it will do just that. In order to protect its $550 million in contracts, PP says it will spend $30 million to elect individuals to positions in which these individuals can vote to keep taxpayer money flowing into PP’s coffers.

READ >>  Standing on a Corpse

In evaluating its federal money stream, Planned Parenthood has determined that it can avoid losing the money if one of two things happen: the right person is elected president of the United States, or if enough friendly U.S. senators are elected to block any defunding legislation in the Senate. At a rally in Pittsburgh last week, Planned Parenthood announced it is specifically targeting the presidential race and also the senatorial races in seven states—Nevada, Wisconsin, Pennsylvania, Ohio, New Hampshire, Florida, and Colorado.

Planned Parenthood is specifically offering something of value ($30 million and thousands of volunteers) to politicians running for government offices, in exchange for a pledge to vote for Planned Parenthood funding when they get into office. This is not a special interest group pushing an issue. This is an organization that receives 42 percent of its income from the government trying to protect those dollars by “influencing the action of an official in the discharge of his or her public or legal duties.” Any reasonable person would have to conclude that is bribery.

Jim Sedlak is vice president of American Life League and founder of STOPP International. He has been fighting Planned Parenthood for over 30 years and is encouraged by the steep decline of the organization in the last decade.