Morphing the Hideous into the Status Quo

Home . Publications . Morphing the Hideous into the Status Quo

Morphing the Hideous into the Status Quo 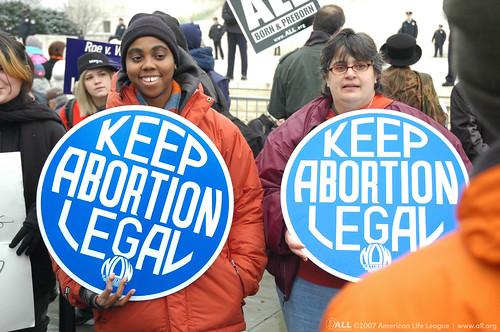 Jill Stanek wrote a two-part commentary on what the nation’s abortion landscape would look like if Planned Parenthood bit the dust. Her reporting on the abortion giant’s gluttony for power should give us all reason for hope, but at the same time it should compel us to pursue the goal of respect for the individual human being with greater vigor.

In simple terms, Americans have grown comfortable with the idea of killing inconvenient people in our midst, be they born or preborn. It seems that justice has become a synonym for personal rights rather than the moral virtue we learned about as kids.

To quote the Catechism of the Catholic Church on the virtue of justice,

Justice toward men disposes one to respect the rights of each and to establish in human relationships the harmony that promotes equity with regard to persons and to the common good. The just man, often mentioned in the Sacred Scriptures, is distinguished by habitual right thinking and the uprightness of his conduct toward his neighbor. “You shall not be partial to the poor or defer to the great, but in righteousness shall you judge your neighbor.” “Masters, treat your slaves justly and fairly, knowing that you also have a Master in heaven.”

Concrete examples of a cultural slide into hatred for man rather than justice toward men abound.

Consider the organization All* Above All. This is a coalition of organizations committed to looking out for the rights of the poor and the downtrodden by—wait for it—building support for “lifting the bans that deny abortion coverage.” In other words, defending justice and striving for equality is accomplished first and foremost by protecting alleged reproductive rights, including the intentional killing of innocent preborn babies.

READ >>  Will Congress Have the Courage to Expose Planned Parenthood?

Such perverse thinking is becoming more mainstream every day.

Then there is the situation in Virginia where it has been decided that abortion providers “no longer have to report statutory rape involving girls 15 and under to child abuse authorities in most cases, according to an opinion recently issued by the state attorney general. The state’s pro-life leaders say this and another push to weaken state regulations against abortion facilities are an attempt by the state’s Democratic leadership to pay back campaign donors like Planned Parenthood.” In other words, the rapist is the one whose rights are paramount; the victim’s rights are secondary—if they exist at all.

Lest we think all of this recent madness deals only with pregnancy and abortion, let me clarify that the rights of the ill and the dying are also at risk. Once again, when examining Obamacare, we find that justice has become injustice and man has become an object to be dismissed from life for the sake of cost-saving measures. As Life News explains, Obamacare has created a systematic enforcement of rationing that has affected the proper practice of medicine in many states. In the state of California, “officials seem pleased with the reduction in health care access despite rampant consumer complaints, because it means less money devoted to saving lives and preserving health.”

If this statement sounds inane to you, then you are getting the point. Killing people is cheaper than caring for them; killing the children of the poor saves money and “helps” the poor; protecting rapists justifies Planned Parenthood’s policies of privacy and thus is a good idea!

READ >>  Planned Parenthood Hates This Quote from Its Founder

Morphing the hideous into the status quo is a strategy that seems to have taken hold.

Our response must be swift and clear.

Stand for justice. Work for justice. Teach others what it means to value the virtue of justice rather than the trappings of false justice that kills the innocent on a daily basis.