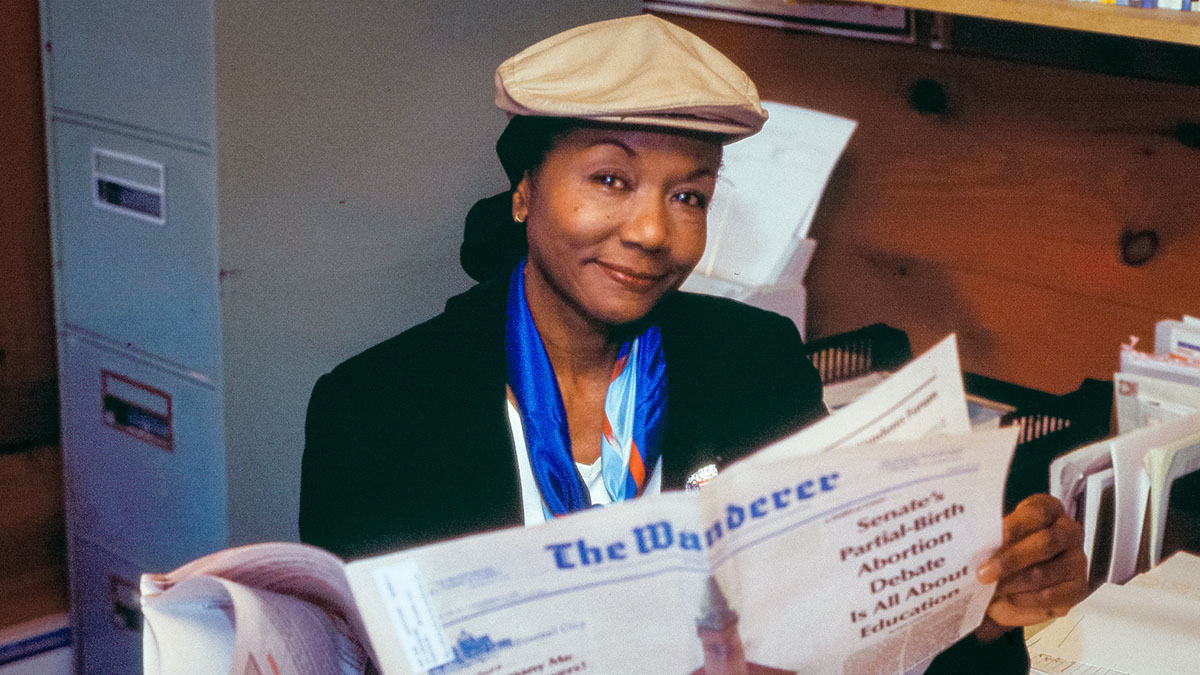 Mildred Fay Jefferson, MD, a past board member of American Life League, past president of the National Right to Life Committee, The Right to Life Crusade, and recipient of 28 honorary degrees, died in 2010, but she remains in our hearts to this very day. Dr. Jefferson was a woman of amazing talents with an incredible commitment to the babies.

If there ever was a woman who should be honored during Black History Month, it is she.

Dr. Jefferson was a heroic and inspiring, yet humble, leader who made her mark on the history books in many ways—including being the first black woman to graduate from Harvard Medical School.

Regarding why she became a doctor, she explained: “I became a physician in order to help save lives. I am at once a physician, a citizen, and a woman, and I am not willing to stand aside and allow the concept of expendable human lives to turn this great land of ours into just another exclusive reservation where only the perfect, the privileged, and the planned have the right to live.”

Not a day went by without her sounding the call to stop abortion—addressing the most egregious human rights violation in the history of mankind—and doing all that was humanly possible for one strong woman to do to expose the criminal act of abortion. Jefferson often told me that she prayed daily for God to give her the strength to move forward and to ignite the spark of zealous indignation among the people of this nation so that they would carry the banner for the babies until victory was achieved. That is one of the many reasons why the Culture of Life Studies Program chose to honor her with a lesson—to teach middle school children and older what a true hero acts like and to show the difference one woman can make. Jefferson built a legacy that we must continue, and there’s no better way to do so than to teach our children about her.

Walter Hoye II, another black pro-life leader who never stops speaking for the babies, cited Dr. Jefferson’s words in one of his articles:

In 1857, the U.S. Supreme Court looked at the slave, Dred Scott, and came up with the wrong decision, declaring the slave as “property” and not a “citizen” under the U.S. Constitution. The slave’s life was still protected. In 1973, the U.S. Supreme Court got it wrong again and handed down decisions on abortion which declared “open season” on unborn children throughout the full nine months of pregnancy. After 44 million abortions, most people have not noticed that the population descended from the U.S. African slaves, comprising around 12% of the population, make up about 35% of the abortion population. This means that more Americans of African descent have died in the abortion chambers than have died in all the years of slavery and lynchings.

Jefferson was, above all else, a woman who always found the right words to articulate why it is that we fight for life and why we do so tirelessly. As I recalled in writing about her at her death in 2010:

Dr. Jefferson inspired me, educated me, and literally changed my life and the lives of my husband and children with her warmth, her unquenchable zest for life and her very presence in our home. She became a member of our family in more ways than one. Imagine, if you will, Dr. Jefferson standing in my daughter’s living room, plastic cap gun in hand, playing “cowboys and Indians” with my grandsons. She did, and they loved it! . . .

She made history and inspired an entire generation of pro-life leaders. As tributes to her life and legacy continue to pour in, it’s clear that she made a lasting impression on so many people that only God knows how many hearts she touched and, most importantly, how many babies are alive today because of her incredible dedication and boundless energy.

Would you like to teach your children or grandchildren about this amazing woman? The Culture of Life Studies Program has a one-day lesson for grades 5-12 that explores her extraordinary life. Visit culture-of-life-studies.myshopify.com/products/teaching-the-culture-of-life-through-history-mildred-jefferson?_pos=1&_sid=3ff8cc2c4&_ss=r.