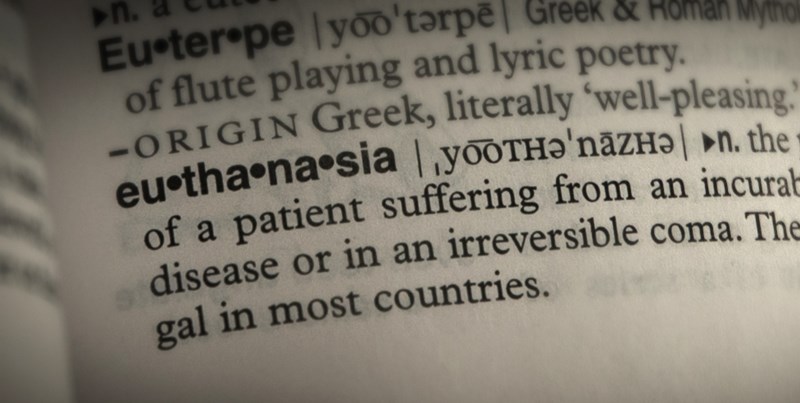 Supporters of euthanasia argue that it is actually helping an individual who is suffering to “die with dignity.” It is often considered by such people to be the “merciful thing to do.”

We have also noted that proponents of euthanasia use hospice care and palliative care as means to prematurely end the lives of the ill and the dying.

It is our observation that those who espouse any form of euthanasia actually favor an imposed death, not a good death.

Because we are confronting a complex question with many facets, we provide here a comprehensive list of words and their definitions:

Euthanasia, as practiced today, is not just “in order to eliminate suffering.” Patients are sometimes made to die because their lives are viewed by others—including physicians, healthcare providers or family members—as “not worthy of living” or in order to save money or to relieve others of the burden of caring for them.

CAUTION: In some cases, courts have defined extraordinary means to include food and water (nutrition and hydration) and have ordered the removing of this sustenance from patients for the purpose of killing the patient.

WARNING! Passive euthanasia is sometimes defined by others as the withholding of lifesaving treatment with the intention and result of causing the patient’s death. This is the equivalent to active, direct euthanasia.