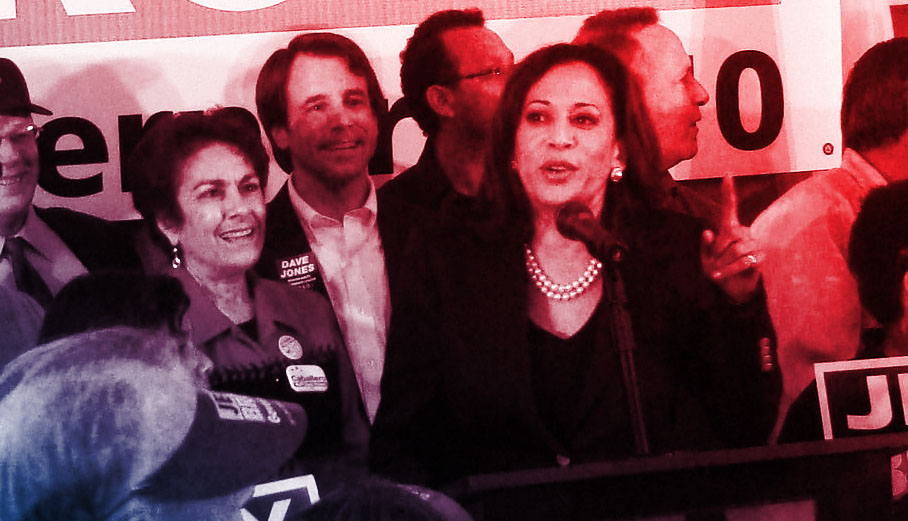 Harris is a first-term US senator from California who was elected to that position in 2016 and took office in 2017. You might ask, how does a first-term senator rise so quickly to become a vice-presidential candidate in less than three years?

Here’s how I think the scenario unfolded.

In 2015, Harris was in her second term as attorney general of California. She was looking to run in 2016 for a US Senate seat being vacated by Barbara Boxer. In July 2015, David Daleiden and the Center for Medical Progress began publicly releasing undercover videos of racist Planned Parenthood affiliates in California engaging in the illegal sale of baby body parts. As more and more videos were released, Planned Parenthood understandably became very disturbed. Something had to be done.

As the state attorney general, Harris would be responsible for using the videos to prepare a case against Planned Parenthood. In court documents, filed this year by Daleiden, it is charged that, “while running for U.S. Senate, Harris had a secret in-person meeting with Planned Parenthood executives in Los Angeles, including witnesses in her investigation, to discuss issues in the investigation as part of Planned Parenthood’s political agenda in California. Two weeks later, Daleiden’s home was raided by the California Department of Justice.”

During the subsequent 2016 election campaign, which Harris won, the Los Angeles Times revealed that “her campaign website includes a page that asked supporters to sign a petition ‘to defend Planned Parenthood.’”  Remember, this was at the time that serious criminal allegations were being made against racist Planned Parenthood—allegations that her office should have been investigating.

“We are so pleased that Attorney General Kamala Harris will take her leadership to the US Senate. As a long-time champion of Planned Parenthood in California, we are confident that Kamala Harris will follow in the footsteps of Sen. Barbara Boxer and continue to fight for women’s health and justice.”

“she offered her vision for greater abortion access. . . . As a presidential candidate, she introduced a plan to require states and localities with a history of violating Roe v. Wade to obtain approval from her Department of Justice before any abortion law or practice could take effect.”

Before dropping out of the race at the end of 2019, she was very critical of Joe Biden’s positions on a number of issues. She was even perceived as “attacking” Biden in at least one debate.

Now, she has put her problems with Biden aside and joined him as the vice-presidential candidate on the 2020 Democratic Party ticket. Racist Planned Parenthood is overjoyed. Alexis McGill Johnson, president of Planned Parenthood Action Fund, said:

Planned Parenthood Action Fund is thrilled to congratulate Senator Kamala Harris on her nomination to be vice president on the Democratic presidential ticket. Throughout her career, she has been a steadfast champion for reproductive rights and health care. With this selection, Joe Biden has made it clear that he is deeply committed to not only protecting reproductive rights, but also advancing and expanding them.

There is no doubt that Kamala will electrify the ticket and play a vital role in defeating Donald Trump. This is more than just a historic pick – her role in this election and, hopefully, in the White House will inspire and invigorate our movement and our patients. Everything is on the line in November, which is why Planned Parenthood Action Fund members are committed to electing Joe Biden and Kamala Harris to the two highest offices in the land.

Given all that has transpired with Harris’ career in less than five years, there is no doubt in my mind that the result of the “secret meeting” between Planned Parenthood and Kamala Harris was a tacit quid pro quo—you protect us in California, and we’ll make you president of the United States.

Remember, if the Biden-Harris ticket gets elected, there is nothing to stop Biden from retiring and making Harris the first woman president of the United States.

Let’s pray that Kamala Harris gets no closer to the presidency than Planned Parenthood’s last “golden girl”—Hillary Clinton.

Jim Sedlak is executive director of American Life League, founder of STOPP International, and host of a weekly talk show on the Radio Maria network. He has been successfully fighting Planned Parenthood since 1985.