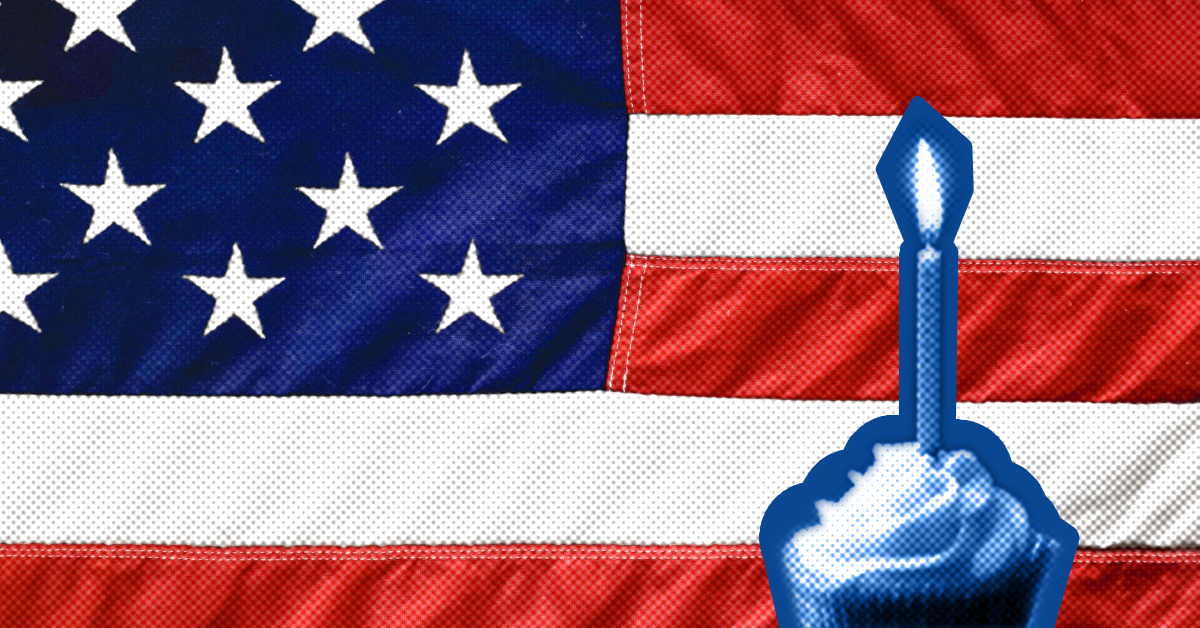 The birthday of the nation is another phrase that describes Independence Day, which occurs every fourth of July. But celebrating the birthday of this nation raises questions such as Why can’t every American have a birthday?

Of course, I am referring to the act of abortion, which eliminates birthdays for only God knows how many Americans. We can say this with confidence since we know from science and common sense that every person begins his life at his beginning. For most of us, that is when the male sperm unites with the female egg.

These babies will never experience independence of any sort, since their fate is sealed by laws that sanction their killing. That is not the purpose of law as America’s founders intended.

As it says in the Declaration of Independence:

The unanimous Declaration of the thirteen united States of America, When in the Course of human events, it becomes necessary for one people to dissolve the political bands which have connected them with another, and to assume among the powers of the earth, the separate and equal station to which the Laws of Nature and of Nature’s God entitle them, a decent respect to the opinions of mankind requires that they should declare the causes which impel them to the separation.

We hold these truths to be self-evident, that all men are created equal, that they are endowed by their Creator with certain unalienable Rights, that among these are Life, Liberty and the pursuit of Happiness.

It is extremely clear that our nation and her founders once respected the laws of God and nature, though today we would be hard-pressed to find many laws that stand up to those words.

Sadly, we must admit that our nation’s independence is an idea that is broken today, which is why we are committed to working to change that.

St. John Paul II came to our nation years ago and said: “America has always wanted to be a land of the free. Today, the challenge facing America is to find freedom’s fulfillment in the truth: the truth that is intrinsic to human life created in God’s image and likeness, the truth that is written on the human heart, the truth that can be known by reason and can therefore form the basis of a profound and universal dialogue among people about the direction they must give to their lives and their activities.”

His wise words ring with greater clarity today than ever before in our nation’s history. America has lost her desire to fulfill the true goals of freedom that welcomes every human being no matter his age, health, or condition of dependency. Rather, America rejects far too many of us and under cover of law permits their slaughter.

On this Independence Day, as we pray for our nation and her people, we are called to pray and to act in defense of the innocent who are at peril every single day. So we look to the great St. John Paul II and reflect on his words:

Catholics of America! Always be guided by the truth—by the truth about God who created and redeemed us, and by the truth about the human person, made in the image and likeness of God and destined for a glorious fulfillment in the Kingdom to come. Always be convincing witnesses to the truth. “Stir into a flame the gift of God” that has been bestowed upon you in Baptism. Light your nation—light the world—with the power of that flame! Amen.