In Gratitude for Joe Biden 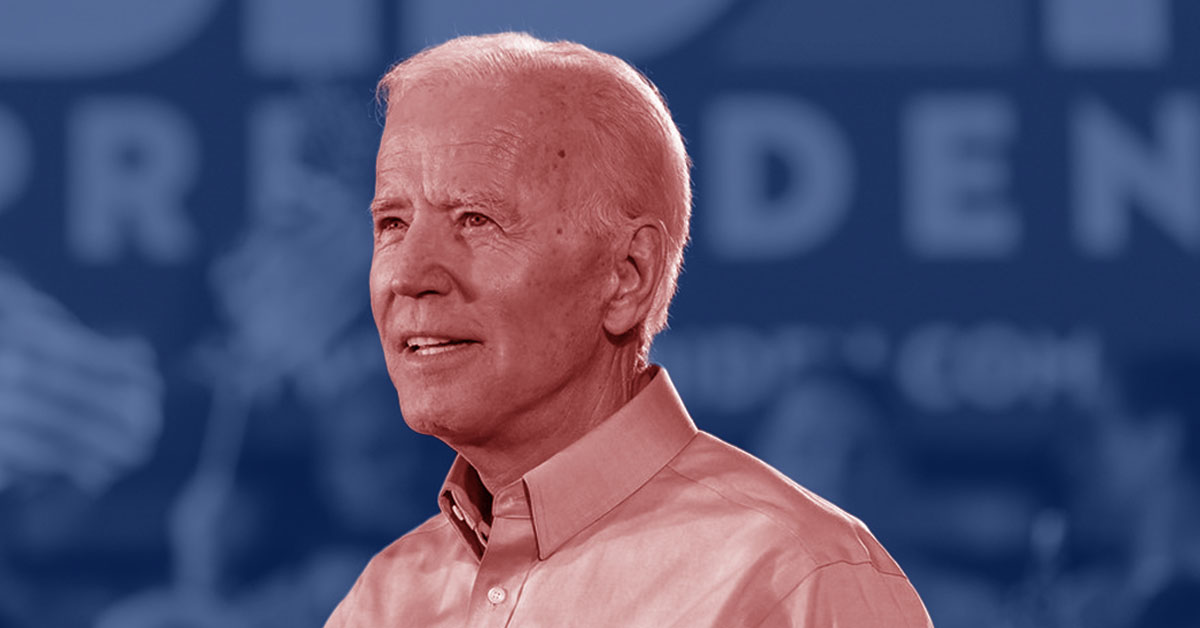 In Gratitude for Joe Biden

Sacraments, according to the Baltimore Catechism, are outward signs instituted by Christ to give grace. The Sacraments define and direct our lives. Our choices form us. When we choose to live a sacramental life, in a sense we become sacraments reflecting the Lord. But the contrary is also true.

In the Sacraments Jesus accompanies us throughout our lives: Baptism and birth, Confession and healing, the Eucharist and food, Confirmation and maturation. Marriage governs families and Holy Orders governs the Church. The Last Sacrament, the Anointing of the Sick, prepares us to enter through the narrow gate of death with God’s grace.

All creation has beautiful sacramental aspects. “The heavens are telling the glory of God; and the firmament proclaims his handiwork.” [Psalm 19:1] Psalm 104 is a poignant hymn describing how all living things clothe God with “honor and majesty.” Wherever we can see the handiwork of God, we see His image.

God created man in His image and likeness. Our response to His grace accentuates the Divine imprint. The saints in their goodness—Mary above all—reflect the holiness of God: “My soul magnifies the Lord, and my spirit rejoices in God my Savior.” (Luke 1:47)

But sin and evil, by analogy, are also formative and have their own “sacramental” aspects. Perhaps it is better to say, anti-sacramental characteristics. In the Gospels, we see various metaphors for sin. Leprosy is an outward sign of sin in general. Above all, the Cross is a terrible anti-sacrament of sin. But from the point of view of the Resurrection, it is the triumphant sign of final victory.

Just as holy people magnify the Lord, those spiritually deformed by the evil they commit become anti-sacraments of evil. Solomon in his splendor reflected the Lord’s wisdom. But when he took pride in God’s gifts, failing to attribute them to the Lord, he became an anti-sacrament of apostasy and his kingdom split apart.

Throughout our lives we walk the line, magnifying God’s holiness or reflecting sinful pride and rebellion. It is holy and good continually to seek the crown of sanctity. But a single seriously evil act—committed with sufficient freedom and informed consent—threatens our eternity. So it is presumptuous and dangerous to proclaim oneself as a devout Catholic or to encourage (or even allow) the description.

President Biden’s supporters repeatedly claim that he is a devout Catholic. In 2005, Biden himself protested those who questioned his Catholicism: “The next Republican that tells me I’m not religious I’m going to shove my rosary beads down their throat.” But the words of Jesus are foreboding: “Not every one who says to me, ‘Lord, Lord,’ shall enter the kingdom of heaven, but he who does the will of my Father who is in heaven.” (Mt. 7:21) Biden’s habitual and unapologetic sinful acts are on full display.

In less than a month after his inauguration, he issued a statement celebrating the 48th anniversary of Roe v. Wade. He said he is “committed to codifying” the decision that legalized abortion. He promised he will be “appointing judges that respect foundational precedents like Roe.” He rescinded the pro-life Mexico City Policy, which ensured that foreign aid would not go to organizations that perform or refer for abortions.

Biden revoked the Trump administration’s ban on so-called gender transitioning in the military, allowing troops to serve based on their gender identity. He called on Congress to quickly pass the Equality Act, which would add sexual orientation and gender identity as protected classes under the Civil Rights Act of 1964. The Washington Post called Joe Biden a “president who has been called the most pro-transgender in history.”

Biden’s nominee to lead the Department of Health and Human Services, Xavier Becerra, like Biden is Catholic. But contrary to the moral law, he supports legislation that permits partial-birth abortion, forces every healthcare plan to pay for abortions, forces pro-life pregnancy centers to advertise abortions, forces the Little Sisters of the Poor to pay for contraception and abortion drugs, and allows assisted suicide.

For most of his political life—from his consistent pro-abortion record to his officiating at a gay wedding in 2016—despite his Catholic affiliation and public pious practices, Joe Biden has magnified and institutionalized countless major violations of the Ten Commandments. The hypocrisy rivals that of the chief priests and Pharisees and is worthy of the same condemnation. Indeed, Biden is the most aggressively anti-Catholic president in history.

Meanwhile, Catholic clergymen are in disarray. Some of the bishops have tried silence, presumably hoping to avoid greater scandal. Others use flattery, praising Biden for those of his policies that dovetail with USCCB politics, but do not bind the faithful in conscience. A few bishops have attempted praiseworthy polemical pushbacks.

But so far the bishops have not initiated a single disciplinary measure to protect the Catholic faith from scandal. On the contrary, several prominent bishops have declared Biden worthy of Catholic-in-good-standing status. The Georgetown Jesuits celebrate with elation his Mass attendance as president.

As perhaps the most powerful man in the world, Biden’s insistent claim that he is a devout Catholic forces an unavoidable choice. We either: stand with the Church and her sacraments and reject Biden’s iconic culture-of-death policies, or we join those who celebrate Biden’s flouting of Church teaching. In so doing, we will reveal whether we intend to magnify the Lord or magnify Biden’s immorality.

Some prominent bishops and cardinals have already declared themselves sheep of Biden’s flock. Others apparently hope to go unnoticed by their silence. But they are successors of St. Peter, St. Paul, and the other apostles, who were not silenced even when authorities threatened them with incarceration or martyrdom. (Of course, fear of crippling lawsuits likely explains a good deal of current episcopal paralysis.) So their continued silence is an anti-sacrament of cowardice and the spiritual treason of collaborating with the enemy.

The election of Biden has forced a crisis. From the ashes, we can expect the Holy Spirit to raise up successors to those who opposed another anti-Catholic tyrant: Saint John Fisher and Saint Thomas More. May there be many of them.

If only for the clarity this brings to the Church, we have Joe Biden to thank.

Fr. Jerry Pokorsky is a priest of the Diocese of Arlington who has also served as a financial administrator in the Diocese of Lincoln. Trained in business and accounting, he also holds a Master of Divinity and a Master’s in moral theology. Father Pokorsky co-founded both CREDO and Adoremus, two organizations deeply engaged in authentic liturgical renewal. He writes regularly for a number of Catholic websites and magazines.

This article has been reprinted with permission and can be found at catholicculture.org/commentary/in-gratitude-for-joe-biden.