How to Answer Planned Parenthood #2 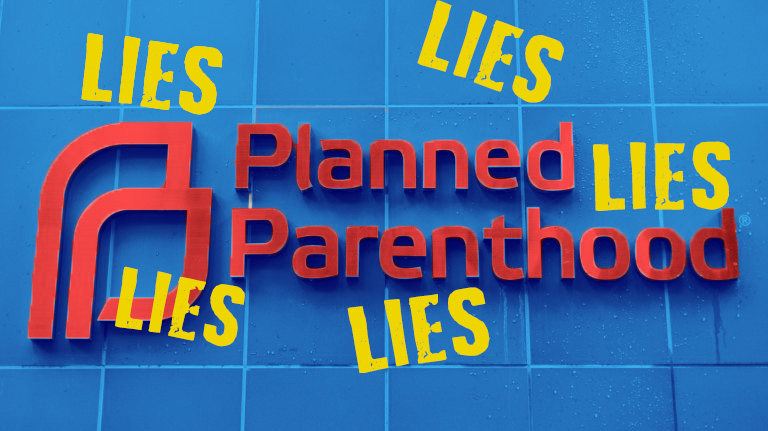 How to Answer Planned Parenthood #2

On Saturday, November 7, 2020, just after the Associated Press declared Biden/Harris the winners of the 2020 election, Planned Parenthood sent out the following fundraising e-mail:

It’s an incredible feeling, to realize you’ve been holding your breath for years and suddenly can exhale a sigh of relief.

Even in the darkest times—and there have been many—you’ve kept our focus on our North Star: a world where your body is your own. Where every person, regardless of who they are or where they come from, has control over their life, their health, and their future. And we won’t stop until that’s a reality for everyone.

I’m not saying we’re there. We have deep inequities in our health system that keep the most vulnerable from getting the care they need. Racism plagues our country in ways that keep Black and Latino communities from living full, healthy lives. There are states in this country where abortion still isn’t accessible — except in theory, and towns where young people have no sexual education curriculum or means of obtaining birth control. But with your help and generosity, the path forward is shining a little brighter today and it feels good!

Now, let’s reimagine what’s possible. Please, take it all in and breathe that sigh of relief with me. And then, there’s no time to waste: Let’s build a new, healthy future together. We can’t do it without you.

Thank you, for standing with us in the dark times and the light. We are strong because of you.

The e-mail begins with the usual outrageous lie from Planned Parenthood: “Your body is your own.” No, it isn’t. If it were, it would be legal to take cocaine, heroin, and a whole host of other drugs. It would be okay to stand in the middle of the street naked, blocking traffic. In general, it has always been the case that your freedom to do what you want with your body ends when what you want to do hurts someone else. When you are carrying a child, your decisions don’t only affect your body, but your child’s body also. A preborn child has her own body separate from her mother’s body. That is just a fact.

Finally, Planned Parenthood names its three priority items, now that it believes the Biden/Harris ticket has won. Those three have nothing to do with healthcare: Abortion (killing a preborn child); sexual education (designed to create paying customers for PP); and birth control (dangerous chemicals designed to disrupt the normal function of a woman’s body).

The future envisioned by Planned Parenthood is not a healthy one. It is one filled with promiscuous sexual activity; use of drugs that the World Health Organization says cause breast, cervical, and liver cancer; and dead babies.

NOTE: STOPP has established an effort to help people across the country rebuke Planned Parenthood’s falsehoods. If you receive an e-mail or letter from PP, or see one of its ads or letters-to-the-editor, send us a copy (to [email protected]) and we will be happy to suggest how you can rebut the false information. We will select some of them for publication in our Wednesday STOPP Report.