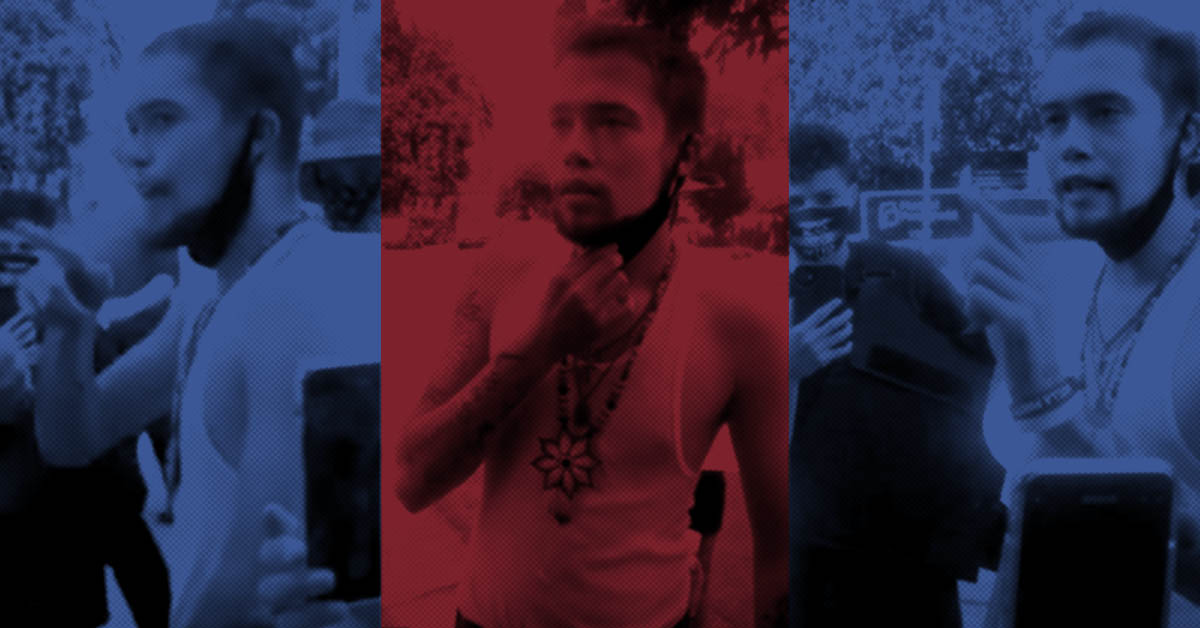 As reported last week, not by the major media, but by American Life League and other pro-life groups, members of 40 Days for Life outside the racist Planned Parenthood facility in Walnut Creek, California, have been the target of intense harassment on several occasions. If you watch this video, you will see and hear pro-life Americans praying the Hail Mary as an ANTIFA activist screams profanity, all of course bleeped out of the video. 40 Days for Life participants initially sought police protection from the aggressive actions of others, but to no avail.

Ultimately a third-party security firm, Off Duty Officers, was engaged to protect the peaceful pro-lifers at Planned Parenthood’s Walnut Creek abortion facility. When those officers had to take action to defend pro-lifers, Shawn Carney, President/CEO of 40 Days for Life, said in a prepared statement: “When activists using Antifa-style tactics (who previously physically threatened and blew marijuana in our volunteers’ faces) arrived and antagonized the Off Duty Officers, the professional guards took protective action, including using mace against the hostile individuals.”

Reading this likely evokes a feeling of sadness, but we must remember these words of Christ: “When they take you before synagogues and magistrates and authorities, do not worry about how to defend yourselves or what to say, because when the time comes, the Holy Spirit will teach you what you should say.”

In Walnut Creek, it was the words of the Hail Mary that protected our colleagues from harm. And that is, quite frankly, how it should be.

The evil of this world must not create fear within us, but rather hope, because we know and believe in Christ who is truth and hope. Let us recall the inspirational words of St. John Paul II:

We will have many opportunities to reflect on these words, not only in our everyday lives as defenders of the innocent, but particularly during these days of political and social uncertainty—times over which you and I have no control, but which are totally in God’s hands.

As we commend the activists of 40 Days for Life to your prayers, we also pray for all those valiant ordained men of God who have spoken out in defense of truth, exposing hypocrites and deceivers with that courage that only comes from hope in Christ.

We pray especially for Bishops Daly, Paprocki, Stika, Strickland, Tobin of Rhode Island, and the many priests and cardinals who are doing their level best to teach truth. Such men are heralds, announcing the facts about what it means to be Catholic even in the face of rising hatred for all that is good and true, no matter where or how it displays itself.

That is because negativity never dishes up anything to its adherents but gloom and doom, including the words of one writer who opined to his readers: “The bottom line is that there is no reason to think that the Supreme Court, with or without Barrett, is ever going to hear a case about the core holding of Griswold, let alone overturn it.”

We do not look to human beings to right the wrongs that have resulted in tens of millions of deaths to babies caused by the actions of chemical, clinical, medical, and surgical abortions. Man alone can never turn that around. Only the Lord can do that.

Most importantly though, the Lord can inspire you and me as He did the remarkable St. John Paul II to act and “be not afraid.”