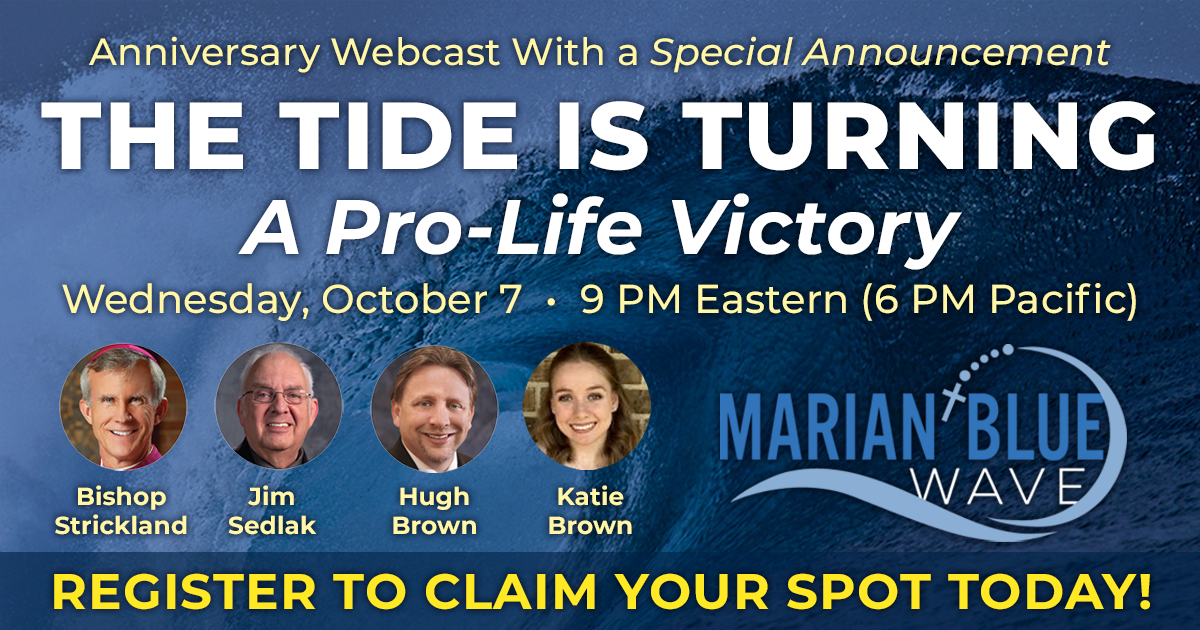 A year ago, American Life League invited thousands to the launch of our newest program, the Marian Blue Wave, where we unveiled our strategic approach to shutting down abortion and Planned Parenthood facilities without relying on laws or politicians.

After only one year of operation, and thousands of commitments later, the Marian Blue Wave has accomplished a historic victory in the fight against Planned Parenthood.

I have invited over twenty thousand people to join the Marian Blue Wave team and special guests next Wednesday, October 7, for a global anniversary webcast event where we will announce a historic victory in the fight against Planned Parenthood and abortion.

The exclusive online event is called “The Tide Is Turning: A Pro-Life Victory.”

Here are the details:

WHAT: “The Tide Is Turning: A Pro-Life Victory”

REGISTER TO ATTEND AT all.org/event

During the webcast, you’ll hear from:

During our time together, you’ll learn:

Register to attend the webcast at all.org/event.