Hatred for Life Is a Toxic Pathology

Home . Publications . Hatred for Life Is a Toxic Pathology 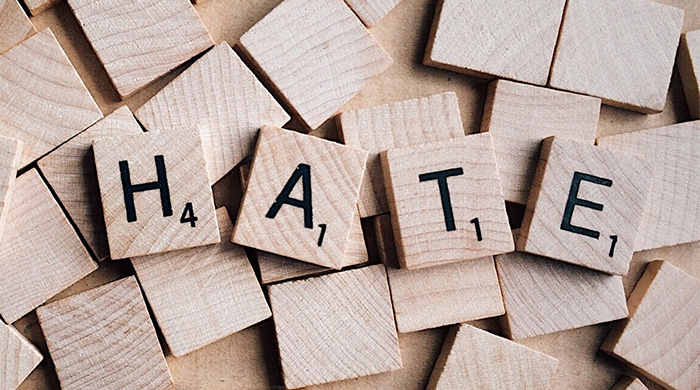 Hatred for Life Is a Toxic Pathology

During a recent address, Vatican official Cardinal Gerhard Mϋller told a Canadian audience: “Euthanasia is not only wrong in itself, but its legalization creates ‘toxic and deadly pathologies that disproportionately afflict the weakest members of society.’”

The definition of such a pathology applies to all that is wrong in a culture driven to accept imposed death, whether such acts occur before or after birth. And as Mϋller went on to say:

Supporters of legal euthanasia argue that respect for autonomy and self-determination entitles individuals to choose the time and manner of their death, especially when faced with suffering and profound dependence. Euthanasia advocates attempt to bolster this claim by asserting that this is a decision that only affects the patient and doesn’t cause harm or even involve anyone else. . . .

Human beings do not exist as atomized units whose actions are entirely limited to their own sphere of consequences. People exist in embedded relationships to others—families, communities, and nations.

The cardinal’s words, though addressing the problem of euthanasia/assisted suicide, apply to any action or idea that supports the proposition that one person can exert power over another, even if the result is death for the vulnerable human being in the equation.

Pope Francis once taught in a homily that “God is the source of life; thanks to his breath, man has life. God’s breath sustains the entire journey of our life on earth.” This is precisely why those who disdain the gift of life and choose to define it in terms of autonomy or personal choices degrade the value of the human person and spew forth a toxic poison that has created a godless pathology that is eating away at society. We see this illustrated by three influential women.

Gloria Steinem, archenemy of the vulnerable preborn, recently said: “It’s obviously ridiculous to say somebody is ‘pro-abortion.’ Nobody wakes up in the morning and says, ‘I think I’ll have an abortion. It’s a pleasurable experience.’ The question is not pro-abortion or antiabortion, the question is who makes the decision: a woman and her physician, or the government.”

Note that she does not suggest that the question is: “Should I kill my baby today or find help so that I can carry my child to term?” Rather, the Steinem narrative is designed to advance the cause of killing, not that of affirming life. But that is what the pro-death vultures do; it is their stock in trade.

Dr. Ellen Wiebe—an abortion doctor who also advocates for euthanasia—affirms this mentality as well. Wiebe has euthanized at least one patient herself and says: “The right to die is another thing I’m passionate about. We should all have the right to die at our own choice, and I will put in the effort and take the risks.”

And of course there is the president of Planned Parenthood, Cecile Richards, who has opined on many occasions that abortion is healthcare. In fact, she even posed in front of a cross in an AME church to advocate for the aborting of babies.

What do Steinem, Wiebe, and Richards have in common? They are ministers of a poisonous ideology that denies that each life is precious and that man’s very breath would not exist without the divine gift of life given by God Himself.

These individuals are hostile to truth and light and to the love and genuine zeal for all that is just and good.

Their hatred for life is a toxic pathology that we must combat each and every day if we are to save lives and save souls.

Join American Life League as we work to cure this toxic pathology by teaching truth with our Culture of Life Studies Program, by showing others how to live it with our Life Defenders program, and by arming others for battle with our Stop Planned Parenthood International program.