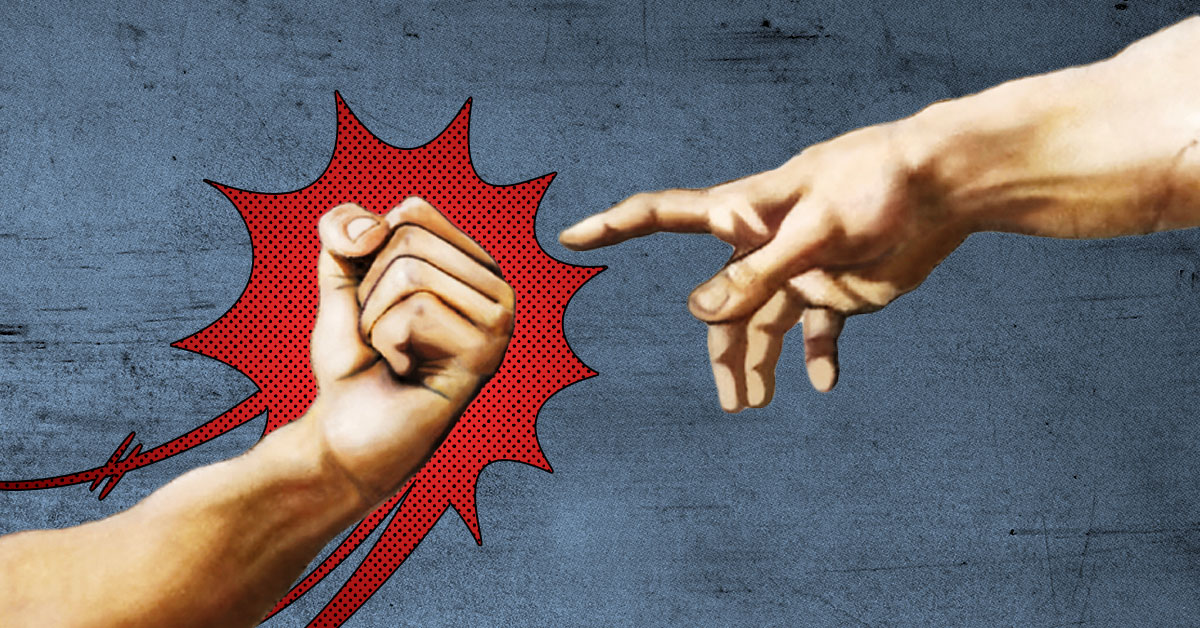 Today’s culture is filled to the brim with the idea that one can claim to be Catholic and at the same time worship one’s personal opinion to the exclusion of God and His word. While such people may claim to be Catholic, their worldview resembles the ancient heresy of Gnosticism rather than the true faith taught by Christ, His apostles, and their successors.

The Catholic Encyclopedia defines Gnosticism as a heresy that has been around since the time before Christ. The simple explanation for this heretical philosophy is that knowledge is more important than God, even going so far as to deny the incarnation of Christ.

All of this might seem to be distant from our quest to defend life. But according to Fr. Thomas Weinandy, there is every reason to acknowledge that Gnostics are alive and well in our society—and sadly even within the Church.

He explains that those who believe, according to their conscience and their freedoms—which are given to each of us by God—that they are able to pass moral judgment based on individual circumstances rather than that which we normally accept as truth, are examples of current day Gnostics. He writes: “What Scripture teaches, what Jesus stated, what the Church conveys through her living magisterial tradition are superseded by a higher ‘knowledge,’ an advanced ‘illumination.’”

This sounds an awful lot like what those folks who strive daily to defend the killing of the innocent, the infirm, and the elderly believe based on their personal “illumination.” By extension, it would be fair to say that such people really do hate God.

This is why these people—along with their personal revelations—are toxic not only to the Church but to the world.

Examples of such self-enlightened people are all around us. For example, there is California governor Gavin Newsom who recently signed a bill that will make “it easier for minor children on their parents’ insurance plan to keep their abortions secret, as well as other ‘sensitive medical information.’” According to Live Action, “Minor patients will no longer need to get approval from the insurance policy holder or subscriber—their parents—and information cannot be shared with anyone unless the minor patient approves first.”

Washington, DC’s Cardinal Wilton Gregory has recently discussed the denial of Communion to politicians who advocate for abortion. According to Crux, Gregory said that “bishops who make that decision are not there to police their people, but to guide them as pastors.” Gregory is referring to those pro-abortion Catholic politicians who are receiving the body of Christ because they have denied that support for abortion is a sin. In fact, these devious Catholics have challenged the bishops to deny them the sacrament, and Gregory has caved.

And on the topic of the infamous Gnostic president Joe Biden, Monica Migliorino Miller, PhD, nails it when she writes: “The Catholic Biden embraced the gnostic view of the human person. In the gnostic view held by Biden, marriage is not a one-flesh unity between a man and a woman who speak the truth of their union through a total gift of self—the handing over of their full identities in the gift of their sexuality as male and female in the celebration of the other; the affirmation and celebration of the other that creates their indissoluble union open to the giving of life.”

But Dr. Miller does not stop there. She continues:

Biden’s view of marriage is heretical. For him, the essence of any marriage is “at root” located strictly in the invisible will to be committed to another and thus he believes in and advocates that the body is irrelevant to the person and thus to marriage—a view absolutely contrary to the doctrine of the Catholic Church. Biden has no respect for natural law which transcends sectarian religious commitments. Moreover, his gnostic dualism is a denial of sacramental truth that this world reveals the mysteries of God.

These examples of the Gnostic individual help us see their innate hatred for God. If such hatred did not exist, Catholics like those cited above—and the bishops who enable them—would embrace truth wholeheartedly and denounce the murderous crimes of abortion, euthanasia, and infanticide.

The Catechism of the Catholic Church teaches that man can sin against God’s love in various ways, including “hatred of God [that] comes from pride. It is contrary to love of God, whose goodness it denies, and whom it presumes to curse as the one who forbids sins and inflicts punishments.”

Hating God will not end well.