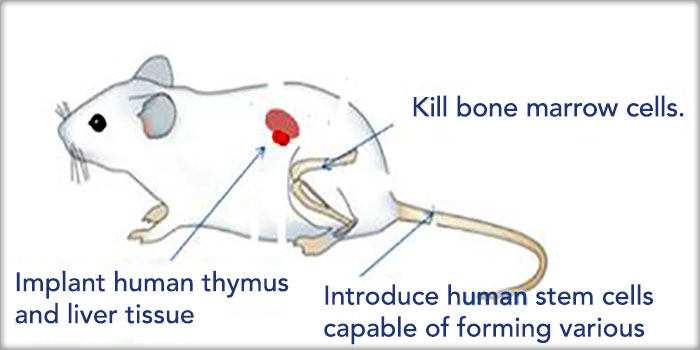 The Food and Drug Administration is involved in something so bizarre that the plot resembles a horror movie. The FDA is trafficking human baby body parts in order to experiment on mice!

Let’s make one thing extremely clear because this foundational information is integral to what we will discuss here. The FDA is a US government agency within the Department of Health and Human Services. As such, it is answerable to President Trump and Secretary of Health and Human Services Alex M. Azar II. On August 7, CNS News reported that “the U.S. Food and Drug Administration signed a new contract on July 25 to acquire ‘fresh’ human fetal tissue to transplant into ‘humanized mice’ so that these mice will have a functioning ‘human immune system.’”

The FDA is acquiring these baby body parts from a company called Advanced Bioscience Resources Inc. According to Politico, ABR has had a relationship with Planned Parenthood. In addition, the company has had contracts with the FDA and with the National Institutes of Health since 2009. The article further stated that these findings “have shed light on the government’s involvement in the little-known world of fetal tissue procurement. Those practices have come under scrutiny since the release of undercover videos accusing Planned Parenthood of profiting from fetal tissue sales.”

The 2015 Center for Medical Progress undercover video makes clear that ABR was harvesting preborn baby tissue and body parts with the cooperation of Planned Parenthood. Are these baby body parts the same as the ones the government is getting for its alleged research?

Macabre as this path from the living baby to the harvesting of his body parts may seem to you, it is and has been happening for over nine years! If the latest FDA contract had not become public, we might never have known this. Now that we do know this, we have more questions than answers.

How is it that investigations by Congress into the Center for Medical Progress’ findings about Planned Parenthood did not uncover these facts about the FDA? It is safe to suggest that some—if not many—members of Congress already did know. Perhaps this explains the foot dragging and lack of congressional action exposing Planned Parenthood and cutting off its funding.

After all, when the federal government is itself involved in the human trafficking of baby body parts, aren’t members of Congress complicit?

And where is the media in all this? NewsBusters explains that all three major news networks have been silent. Clearly inserting the tissue of freshly aborted babies into mice is not worthy of their attention.

Dr. Jozef Zalot, a Catholic medical ethicist, exclaimed during a recent interview that the FDA’s use of fetal baby body parts is “simply wrong.” According to the National Catholic Register, “Scientists attempting to make new discoveries through the use of aborted fetal parts are ‘treating the aborted persons not as ends in themselves, but as a mean to some other end’ said Zalot.”

And, of course, that is the gravest concern that every one of us should have, for indeed, as long as preborn babies are treated in such utilitarian ways and killed at alarming rates—as though they were nothing more than cysts or diseases—such research will continue.

But must taxpayers pay for it?

Where are the so-called pro-life politicians on this topic?

Where are the bishops?

Share this article with your pastor and ask him to inform his flock and get them involved.

Americans must stop aborting our future.

Our fellow citizens must wake up and demand an end to the clinical, chemical, medical, and surgical abortion of children before they are born.

To stop this and help our country strive for a culture of life, we must teach, preach, and act against government trafficking in baby body parts. We can do no less.