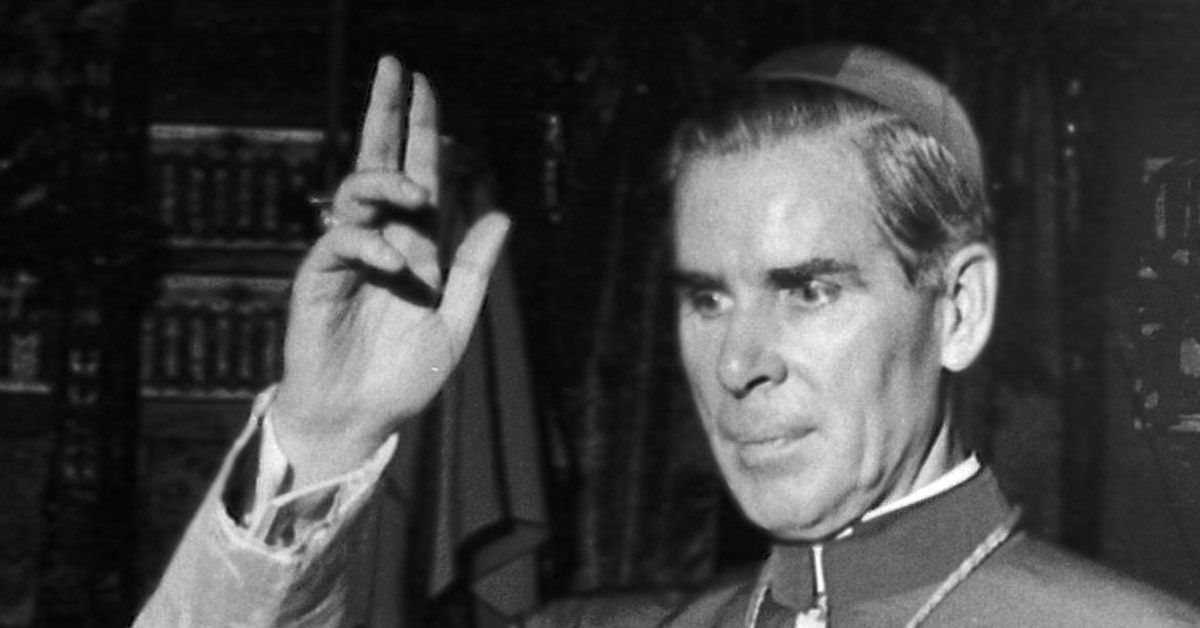 After the US Supreme Court legalized abortion in 1973, Venerable Archbishop Fulton J. Sheen wrote a prayer to let the faithful know that we are not powerless against anti-life forces. He wanted us to know that, someday, in heaven, we will embrace the babies whom we have spiritually adopted.

Ever since my four children were old enough to pray, we have included Venerable Sheen’s “spiritual adoption” prayer in our nightly prayers. It goes like this:

Jesus, Mary, and Joseph, I love you very much. I beg you to spare the life of the unborn baby [baby’s name] that I have spiritually adopted who is in danger of abortion. Amen.

Spiritually adopting a baby in danger of abortion has been a way to remind our family that 2,899 babies die every day by surgical abortion—a number that doesn’t even reflect chemical abortions—and most never receive a name.

My children always look forward to choosing the names of the babies whom they will pray for each year. We usually spiritually adopt three babies, but the list grows when we hear of a mother who’s considering abortion. Venerable Sheen’s prayer offers us hope when we feel helpless against the growing tide of the culture of death.

Praying as a parish

Mary Caffrey explained their methods for how to garner interest: “The committee put the prayer cards with pens in the pews of the church. On the sign-up weekend, we had plastic box receptacles at each of the entrances of the church for people to drop in their signed pledge cards [agreeing to pray nine months for a baby in danger of abortion].”

The cards were perforated, so people could keep the prayer card portion, but rip off the pledge card to place into the receptacles.

“At the end of that weekend, we collected the signed pledge cards. We sorted boys from girls, and we put a little pink or blue bow on the cards. Then we placed them in front of Saint Joseph’s altar for the next nine months,” McIntyre explains. She said that, on that inaugural event, they collected around 130–140 pledge cards—a number that has remained consistent throughout each subsequent year.

The protector of the family

Members of the committee then had to decide when to start the spiritual adoption program and when to conclude it each year. Because fathers are often excluded from the abortion decision, members wanted to make sure that fathers were thought of and included in the spiritual adoption process. So, they decided to begin the prayers on Father’s Day to acknowledge the importance of fathers.

“We were so taken with the men being pushed out. We pray in front of abortion facilities, and we’d had several men come crying to us that they couldn’t stop it,” McIntyre says. “It was so sad to see, and we knew that we had to bring the father back into the picture.”

When they counted nine months from the beginning of the prayers, the committee members realized that the time period ended on Saint Joseph’s feast day—a fitting day, as St. Joseph is traditionally seen as the protector of the family.

Showing the humanity of the preborn

Each month, to keep parishioners abreast of the development of the baby they had adopted, the ministry published a blurb in the bulletin about how the baby had grown. The blurb at 8-week’s gestation, for example, would explain that the baby has a steady heartbeat and that all of her organs are functioning. It would explain that she is about the size of a raspberry, weighs about .04 ounces, and has fingers and toes that are slightly webbed. It would give other details as well, such as the fact that her taste buds are forming and that she can hiccup and make faces.

Below the fetal development information, the committee included phone numbers for crisis pregnancy centers and post-abortion help. Each month, the committee posted pictures of the stage of the baby’s development on the church bulletin board.

“We wanted the people to see how their babies were growing because a picture’s worth a thousand words. Having the pictures displayed was a way to educate our parishioners on the humanity of the preborn, so they could see the baby as a human being, not just a blob of tissue as it was described at the beginning of the pro-abort movement,” Caffrey explains.

At the end of each nine-month adoption session, the committee holds a baby shower in the vestibule of the church. They set up a table after Mass and collect items and financial donations for the babies they have adopted. They then donate these items to a local crisis pregnancy center. According to Caffrey, “The people are wonderful. Even those who don’t take part in the spiritual adoption program donate.”

Because of those pictures on St. Raymond’s bulletin board and the fetal development information in the bulletin, two adults in their late 20s are alive today.

The first save happened in the 1990s. Caffrey’s priest called her one evening to ask if she would come to the church to speak with a couple who was unsure about what to do regarding an unplanned pregnancy. While the young man went to Mass, Caffrey chatted alone with the pregnant mother. She shared with CLM that she and the young woman—who had had a previous abortion and who was now two months pregnant—went to the back of the church, where Caffrey offered to show her a picture of what her growing baby looked like.

The committee had recently begun its spiritual adoption program, and it happened to be the second month. Caffrey showed her the picture of the baby, gave her a description of what the baby looked like, and told her what he could do at this age. She gave the young mother some material about the baby, and they exchanged phone numbers. “When she left, she didn’t say whether she was going to choose life or have an abortion,” Caffrey says.

However, a few days later, Caffrey phoned the young mother and learned that the picture of the preborn baby that she had shown her had helped the mother bond with her baby. Reading the pro-life materials Caffrey had given her also helped the mother and father to make their decision.

“She told me, ‘We chose life for our baby,’” she remembers. “Thank God all of this was available to show her!”

Caffrey learned about the second save out of the blue. Not knowing Caffrey was the one who started the spiritual adoption program, a woman called her with some happy news. She told her, “My daughter was thinking of having an abortion, but when she started reading about the development of the baby, she said, ‘Mother, this isn’t a blob of tissue! This is the baby. I’m not having the abortion.’”

Mary Caffrey and Mary McIntyre hope that more parishes will want to spiritually adopt the preborn because this program helps people see the humanity and the beauty of the preborn baby. “We need to pray for an end to this evil and the return to the respect, dignity, and protection of all God’s children,” they say.

By using St. Raymond’s as an example, or by starting your own tradition, you can easily continue the legacy that Venerable Sheen began nearly 50 years ago when he taught us to pray for preborn babies. You will never know how many lives you save by giving just a few moments of your day in prayer.

Over the many years of hosting the spiritual adoption program, St. Raymond’s Human Life Committee recalls only one complaint. It received a letter from someone upset and worried about what would happen to the babies after they were born—highlighting the fallacy that pro-lifers only care about the preborn baby.

As a result, Caffrey says, “The following week in the bulletin we put in the help that was available. We listed places like MOMMAS House in Wantagh, New York, where mothers stay for two years so they can get an education or vocational experience.”

It’s important to always highlight the fact that there IS help available after the baby is born. No mother should ever feel alone.

Lori Hadacek Chaplin writes from Idaho. She is a senior writer for Catholic Digest and writes a blog entitled Everyday Miracles, which can be found at catholicdigest.com/category/news/everyday-miracles/.

This article, and others like it, can be found at clmagazine.org.