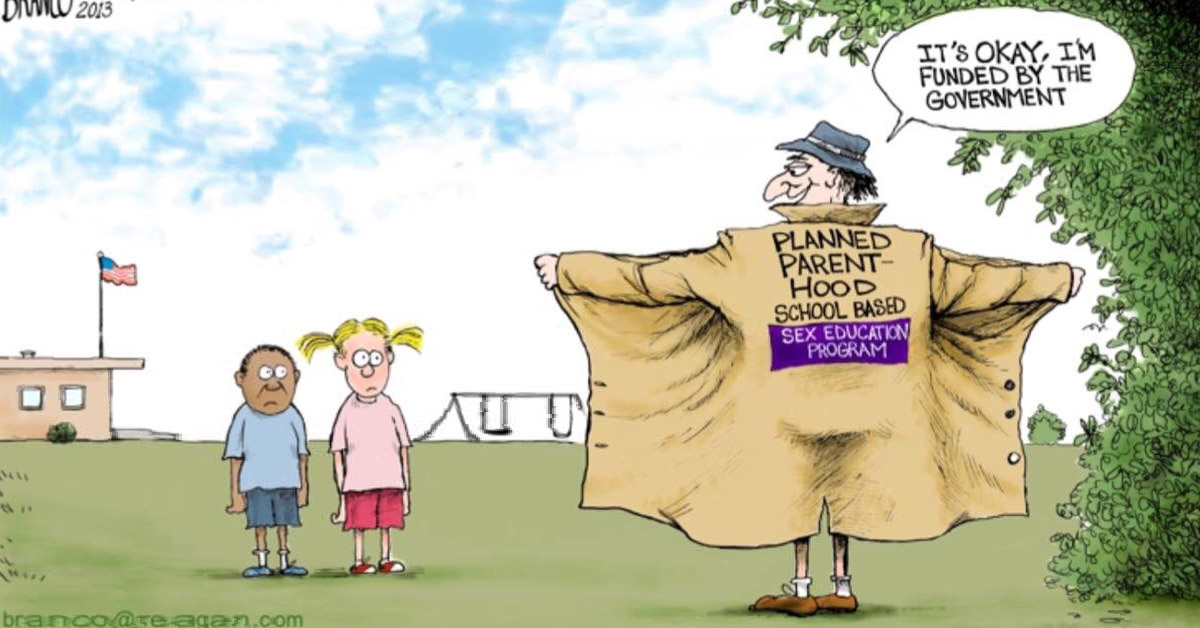 When Californians awoke to the news that Planned Parenthood will open 50 reproductive health centers in high schools throughout Los Angeles, we wonder how many gasped in horror.

“The nation’s largest abortion provider plans to spend millions to build ‘Wellbeing Centers’ that target high schoolers in Los Angeles County and aims to ‘create a safe space in each school where students can receive the education and health services they need to lead healthy lives.’”

The article goes on to say that the centers in question will not offer abortion services but will provide Planned Parenthood’s brand of education, resources, and skill training to help high school students navigate their relationships! What a sordid web of distortion those words weave for the concerned parent or honest educator.

We know Planned Parenthood’s education model all too well. In fact, Jim Sedlak, founder of Stop Planned Parenthood International, writes about it and speaks out about it at local community meetings around the country. He recently explained that parents can follow a simple three-step plan to protect their children from the kind of spiritual attack Planned Parenthood launches under the guise of sex education.

He gives parents a road map, including actions to be taken with local school officials, following up to be sure their concerns are taken to heart and persisting in a united call to end Planned Parenthood’s involvement with their children. You see, it does not matter whether your children are five, 10, or 15, Planned Parenthood is after them.

Heed these words of caution from Jim Sedlak:

Planned Parenthood’s programs push young people into accepting the idea that sex is a recreational activity to be pursued whenever you feel you are ready. This acceptance of sexual sin is very dangerous for our young people. We must remember that the Apostle Paul tells us, “Avoid immorality. Every other sin a person commits is outside the body, but the immoral person sins against his own body” (1 Corinthians 6:18).

The Planned Parenthood strategy of softening young people in grade school so it can further indoctrinate them in its so-called health centers is not without precedent. This is why parents need to step in and stamp this new program out now.

And read this report about the 12-year-old girl who was traumatized after being subjected to a Planned Parenthood sex ed class that emphasized gender identity.

If you think things are different simply because the children at risk are teens instead of preteens, think again. Imagine how much more destructive it is for a teenager to walk into what he or she thinks is a reproductive health center only to learn that it is a one-stop-shop for all things inviting that young person to have sex and deal with the results according to Planned Parenthood’s philosophy.

Planned Parenthood needs the business, and our children are the future users of its services—and we do mean abortion services.

In the 1980s when school-based clinics first came into vogue in states like California, we heard all about programs that deal with teen pregnancy prevention and give young people access to comprehensive care. Such proposals failed to overcome the problem they allegedly set out to resolve.

Not much has changed in those intervening 35-plus years except that the words have become more misleading and the education/indoctrination has become much more blatant as it relates to what is now termed reproductive health. Organizations like Planned Parenthood and its ilk have become most proficient in the art of obfuscation.

So we warn not only the parents of Los Angeles County in California, but parents everywhere, and we encourage them to fight for the right of their children to be schooled in all sexual matters at home and not in an atmosphere laced with devotion to perversion, promiscuity, and abortion.

Our children are our inheritance from God, not the state. There are at least 50 reasons to protect the truth about who they are and teach them why each and every one of them is precious to you and to the Lord.