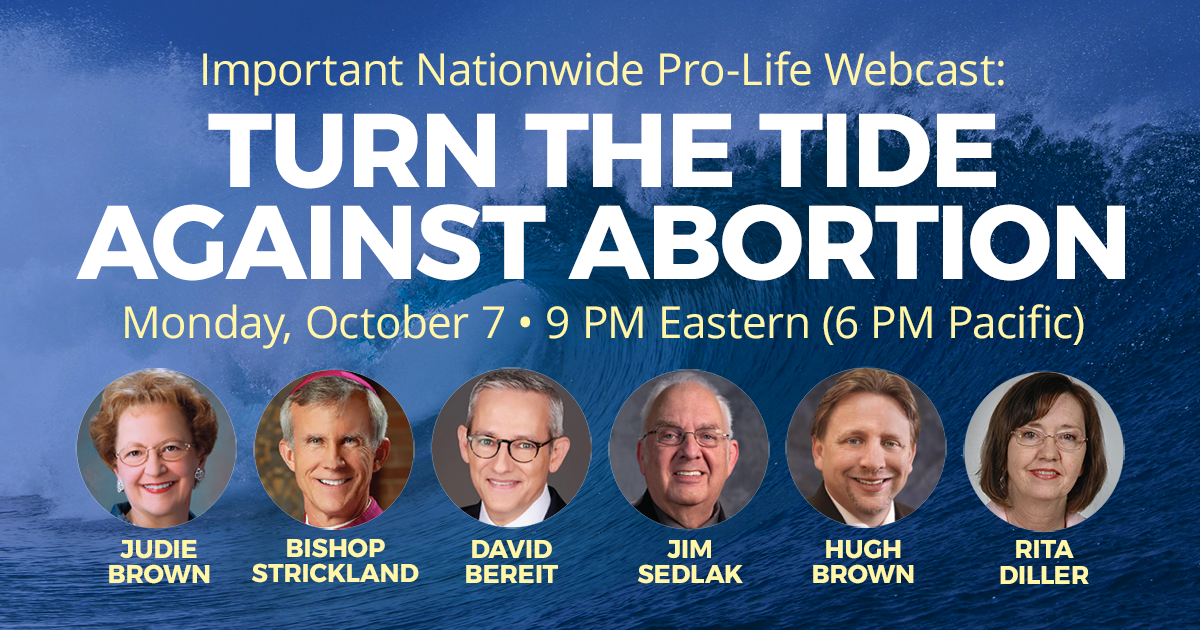 Enough is enough! After 46 years of decriminalized abortion, it’s clear that political, legislative, and legal efforts alone are not sufficient to stop the slaughter of innocent children and the harming of women. We need a miracle.

Throughout history, God has shown us a profound way to enlist divine intervention in changing the very course of history. And during an important nationwide webcast next Monday, October 7, our participants will learn exactly how to deploy the most powerful spiritual weapon at our disposal to save more lives, help more women, and close more Planned Parenthoods and other abortion facilities.

This exclusive online event is called “Turn the Tide against Abortion: Discover the Breakthrough Strategy to Unleash a Wave of New Life-Saving Victories . . . without Relying on Politicians or Laws.”

This webcast features an extensive list of A-list speakers. Joining me will be:

The webcast also includes a special message from Bishop Joseph Strickland from the Diocese of Tyler, Texas.

During the webcast, participants will learn about: