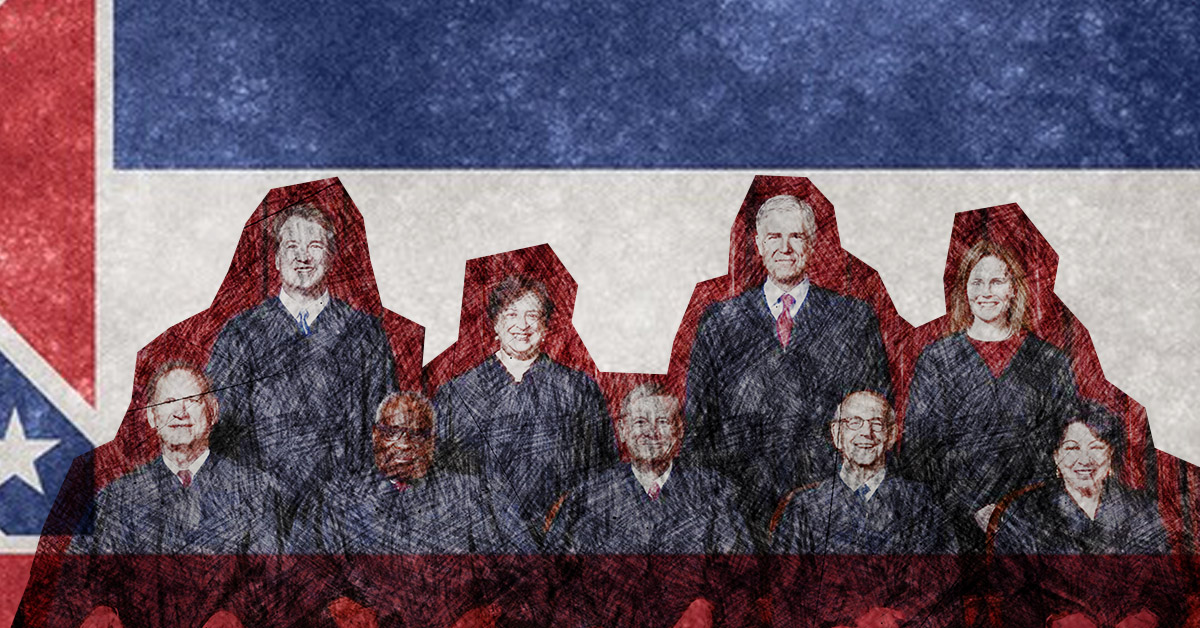 Countless words have been written now that the Supreme Court has started hearing arguments in the Dobbs v. Jackson Women’s Health case. Yet the question remains: Where is the truth? For as we see it, the Mississippi law in question before the court is itself as flawed as the arguments that tell the public that Dobbs could gut Roe v. Wade and possibly Doe v. Bolton, Roe’s companion case.

In fact, Susan B. Anthony List’s Marjorie Dannenfelser writes that any shift away from the “absolutist jurisprudence” of the court would be a welcome shift. Note the word shift.

There it is! The Dobbs case is all about abortion regulation and possibly the lessening of the death grip that the abortionists have had for nearly 50 years. But is this a genuine victory for the human people—the babies prior to birth? Not really.

Ask yourself this: What does the Mississippi law actually say? Well, the law prohibits abortion after 15 weeks gestational age (calculated from the first day of the last menstrual period) except in cases of medical emergency and/or severe fetal abnormality.

According to the law, a medical emergency means “a condition in which, on the basis of the physician’s good faith clinical judgment, an abortion is necessary to preserve the life of a pregnant woman whose life is endangered by a physical disorder, physical illness, or physical injury, including a life-endangering physical condition arising from the pregnancy itself, or when the continuation of the pregnancy will create a serious risk of substantial and irreversible impairment of a major bodily function.”

Such subjective language leads one to question exactly how many babies who survive to 15 weeks in utero will live. One guesses it depends on who is defining the emergency.

And any baby who is younger than 15 weeks gestational age is fair game for the abortionists.

Justice Alito appeared to see these contradictions and asked during the oral arguments: “If abortion advocates believe there’s a women’s liberty interest in having access to the procedure, why does that interest suddenly end at the line of viability? By the same token, why does a fetus have less of an interest in having its life protected prior to viability than after it?”

Conversely, why do pro-life advocates focus on a Supreme Court case that may end some abortions after 15 weeks rather than emphasizing that every preborn individual is deserving of protection under the law and in society?

In 1984 Pat Boone created a song entitled “Let Me Live” during which he hears a chorus of children singing “Let Me Live” as the voice of a single child talks about his development, his joy at being alive, and the truth—as Boone says—that these children are not “mindless bits of flesh, they are human beings already in touch with their mothers, with God, with life.”

Indeed, this truth betrays the fallacy of the Mississippi law and similar political actions that deny science and invite us to settle for just some babies to live, not every one of them.

As the song says so simply, “Let me live.” The song never suggests that some, not all, should live. After all, God creates every one of us. Settling for less than saving every one of these children, which is within the power of man in concert with their Creator, says “no, I cannot work that hard. I must settle lest I become a political outcast asking for too much!”

But nobody has the power to settle. And we must renounce the temptation to leave even some children behind. That is the message that rings in my ears when I listen to the words “Let me live!”

That song represents the most egregious of Dobbs’ contradictions and fictions.