Diabolical Language of an Abortion Disciple 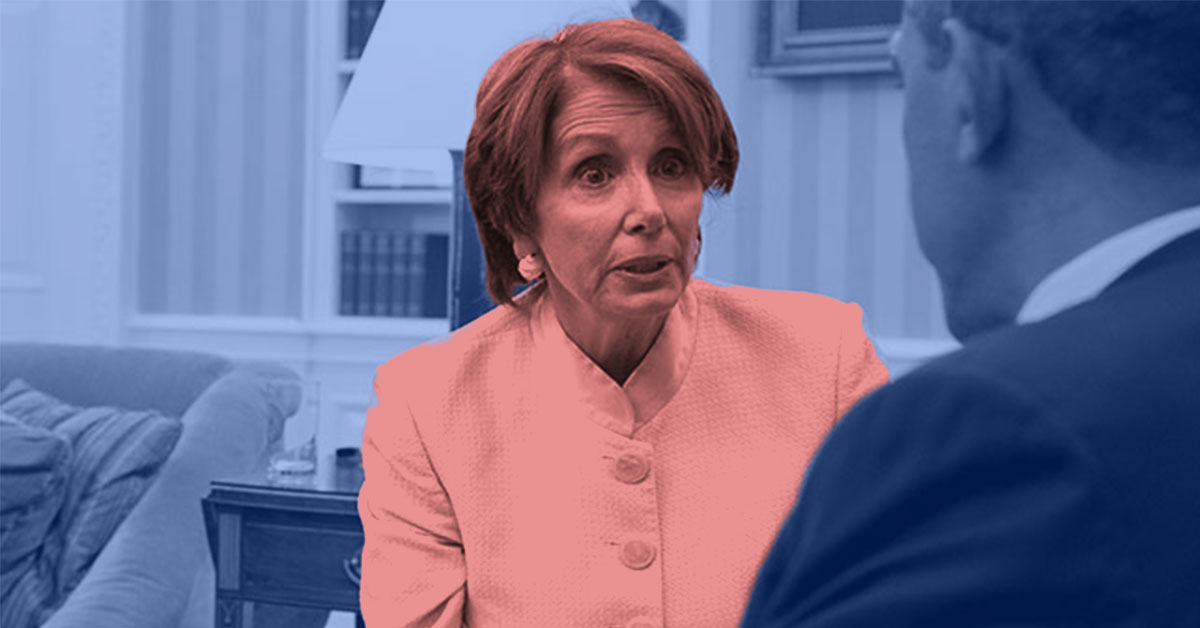 Diabolical Language of an Abortion Disciple

Nancy Pelosi, grand dame of the pro-aborts in Congress, recently shepherded a new bill through Congress known as the Equality Act.

According to Heritage Foundation:

“Where the original Civil Rights Act of 1964 furthered equality by ensuring that African-Americans had equal access to public accommodations and material goods, the Equality Act would further inequality by penalizing everyday Americans for their beliefs about marriage and biological sex. Similar sexual orientation and gender identity laws at the state and local level have already been used in this way.”

The article goes on to identify five groups that could be harmed by this bill: employers and workers, medical workers, parents and children, women, and nonprofits and volunteers. This is simply a bad bill.

“Today, the House Democratic majority took a momentous step toward securing the full blessing of equality for the LGBTQ community and our country.” Note the use of the word “blessing.” According to some, this new proposed law is anything but!

For example, New York Post reporter Mary Vought says that “sexual difference is ­inscribed in our genetic code. The Equality Act ham-fistedly redefines this basic fact about what it means to be human—at the ­expense of women.”

The bill also stipulates that those with “a related medical condition shall not receive less favorable treatment than other physical conditions,” a provision that would disallow physicians from refusing to perform an abortion.

So under the guise of equality, we find discrimination not just against babies preparing to be born, but against women as well. After all, females are not biologically the same as men.

Pelosi’s use of the word “blessing” is diabolical.

On May 22, Pelosi further dug in her heels on abortion. Her interview at the 2019 Center for American Progress Ideas Conference reveals the extent of her dedication to deception on the subject of killing the preborn. When asked about the “draconian” Alabama abortion law that was just signed by governor Kay Ivey, she commented “we are all pro-life” and then proceeded to say that bills like the Alabama law are actually about “lack of respect for [women].”

So what this Catholic-in-name-only Democrat, grandmother, and speaker of the House of Representatives is really saying is that until the baby is born, only the mother should have the right to decide whether she wants to be pregnant or not. Yet, we must understand that Pelosi does NOT use the word mother in her discussions of abortion. She speaks only of women and prefers to say that this is not about choice, but about a total lack of respect for women.

Listening to her rambling interview to a very receptive audience sickens me, but it also exposes the reality of what a female abortion disciple looks like and how she sounds. Abortion disciples like Pelosi exemplify the evil lurking beneath a culture of death agenda of propaganda and half-truth.

But as St. John Paul II reminded us in the Gospel of Life:

God proclaims that he is absolute Lord of the life of man, who is formed in his image and likeness (cf. Gen 1:26-28). Human life is thus given a sacred and inviolable character, which reflects the inviolability of the Creator himself. Precisely for this reason God will severely judge every violation of the commandment “You shall not kill.” . . . Only Satan can delight therein: for through his envy death entered the world. . . . He who is “a murderer from the beginning,” is also “a liar and the father of lies.” . . . By deceiving man he leads him to projects of sin and death, making them appear as goals and fruits of life.