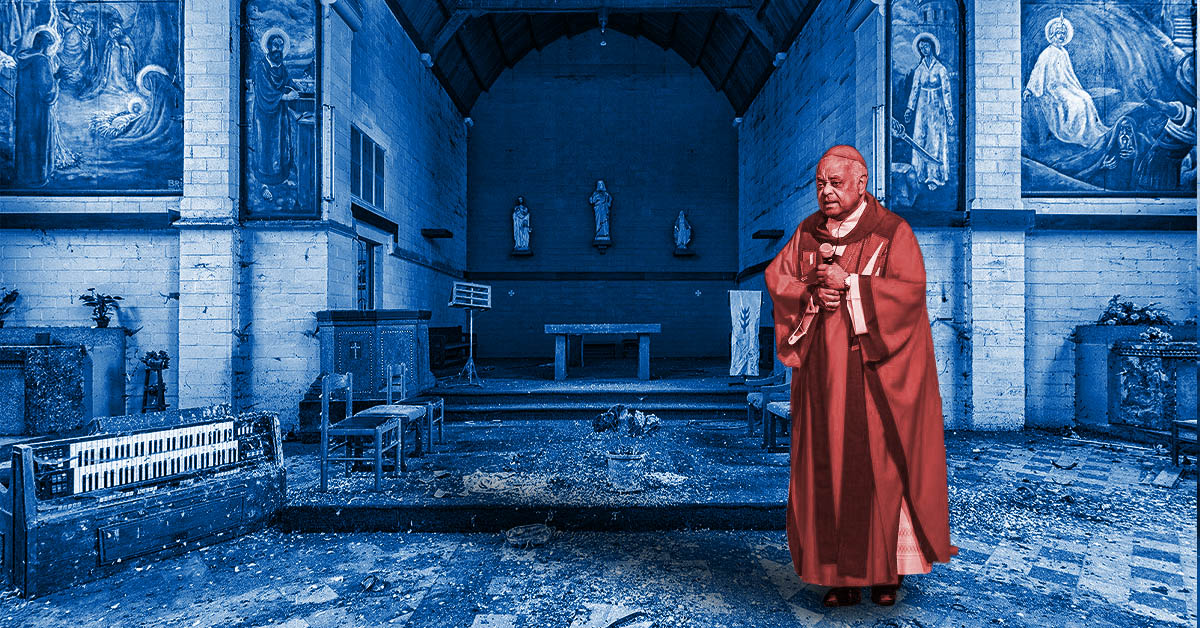 Each of these folks literally gets away with murder, and their bishops—except for Cervantes’ bishop—seem to be unable to act in a way that calls them to repentance.

Cervantes’ bishop, Peter Baldacchino of the Diocese of Las Cruces, New Mexico, acted in defense of Christ in the Eucharist and for the salvation of Cervantes’ soul by denying the pro-abortion state senator Communion after making every effort to meet with him privately.

Bishop Baldacchino acted as every Catholic bishop should when confronted with pro-abortion Catholics in public life who “obstinately persist in manifest grave sin” by their support of grave moral evils such as abortion and euthanasia. With or without Canon 915, helping an errant public sinner come to Christ is what good shepherds do. The reasons are obvious.

As Cardinal Raymond Burke has written:

This is why the Church has laws to protect the body of Christ from such individuals. So, the question is, why doesn’t every bishop act this way?

We surmise that there are just as many reasons for not calling out devoutly corrupt Catholic public figures as there are bishops. But sometimes we actually hear excuses for not protecting Christ and helping the sinner confront his error.

Some say that bishops want to contemplate Eucharistic coherence. But that makes no sense. It sounds like acting as Nero did when he euphemistically fiddled while Rome burned. However, in the latter case, a city actually did burn regardless of what Nero was doing, while in the former there are actual souls at risk of burning eternally.

We have witnessed Catholics—ones who should know better—define the act of enforcing Canon 915 by bishops, priests, deacons, and lay Eucharistic ministers as nothing but a litmus test! What in the world are such people thinking? To strive to help someone save his immortal soul is not a matter of public policy; it is a matter of commitment to love and mercy.

The rhetoric is astounding, especially when it comes from our shepherds.

Some bishops, like Washington, DC’s, Cardinal Wilton Gregory, make it clear that they will not deny pro-abortion Catholics like Biden Holy Communion. The media suggests that this is a good tactic and exhibits civility and tolerance, but that’s the media talking, not Church teaching.

Chicago’s cardinal, Blase Cupich, openly criticized Denver’s archbishop, Samuel Aquila, for merely clarifying in an article that “none of us have the freedom to approach the altar of the Lord without a proper examination of conscience and proper repentance if grave sin has been committed.”

New York’s Cardinal Timothy Dolan was interviewed about Governor Cuomo’s arrogant attacks on the Church and told the interviewer that he would never think of excommunicating Cuomo because Cuomo is too arrogant and would make himself out to be the martyr. Dolan said the lay people had to act, not him!

Carl Olson wrote about such trends in “Enough with the Dis-Graceful, Politicized Commentary on Communion.” The entire article is well worth reading, but this line encompasses the problem many have when they put Catholic identity into a worldly box:

“We too often hold to a high and lofty view of man without God while ignoring the truly high and lofty calling of the man filled with God’s life. Too much of the furor and discussion about the Eucharist has been dis-graceful: absence of any reference to grace, to any real belief in grace or in the saving power of God.”

“Public penalties, including medicinal ones, become necessary when politicians insist on being very public bad Catholics.”

Why? Because saving someone’s soul is much more important than media criticism.

In summary, we the faithful concur with Fr. Paul Scalia:

“Like the crowds that followed our Lord into the deserted place, the faithful need true shepherds—who rely on Christ’s grace and truth, who exercise genuine authority humbly, and who faithfully preserve and hand on the Church’s Tradition.”